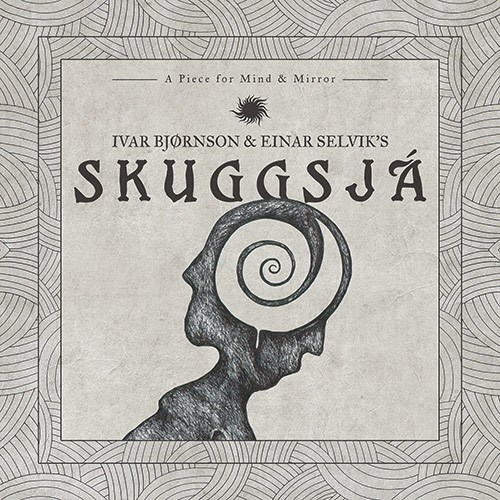 On May 17, 1814, the Norwegian Constituent Assembly at Eidsvoll signed the Constitution of Norway, which remains one of the oldest in the world. Inspired by the 200th anniversary of that event, Ivar Bjørnson of Enslaved and Einar Selvik of Wardruna joined forces to compose and perform a concert piece called Skuggsjá, which means “mirror” or “reflection” in the Norse language. Skuggsjá was first performed at the Eidsivablot festival in Eidsvoll on September 13, 2014, to commemorate the anniversary. But Bjørnson and Selvik decided that the Skuggsjá project should live on and be expanded.

Last fall the duo signed with Season of Mist, taking Skuggsjá as the project’s name. On March 11, 2016, Season of Mist will release their debut album, entitled A Piece For Mind and Mirror. Today we bring you the premiere of a song from the album named “Vitkispá“. 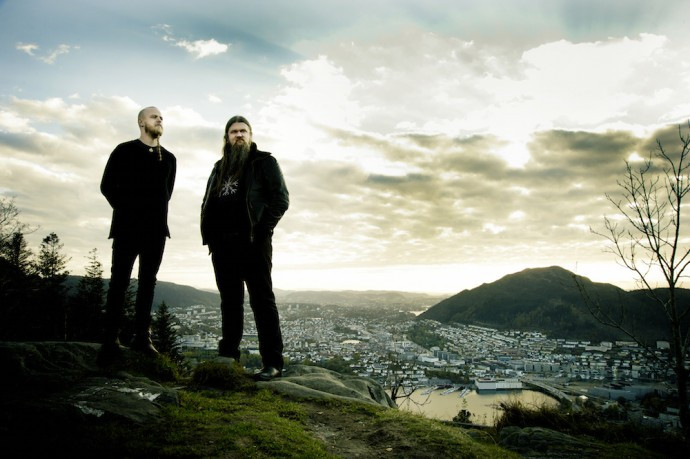 Following the concept that first gave birth to Skuggsjá, the album tells the history of Norway through the use of ideas, traditions, and instruments from the Norse past — as well as the traditions and instruments of heavy metal, which of course is now also an ingrained and important part of Norway’s art and culture. In that sense, the music represents a fusion of the country’s past and present.

In honoring Norway’s past, Skuggsjá have incorporated poetry in proto-Scandinavian, Norse, and Norwegian, as well as such traditional instruments as taglharpa, Kravik-lyre, goat-horn, birch-bark lure, and bone-flute — performed by Selvik, who also is responsible for percussion and electronics on the album. Ivar Bjørnson performs guitar, bass, and keyboards on the album, and both he and Selvik contribute vocals. But these two also enlisted the help of some notable guests from their own respective bands:

In conventional genre terms, you could call “Vitkispá” pagan metal or folk metal, but there’s really very little that’s conventional about the music. The vocals are beautiful, the music is dramatic, sweeping, mystical, and of course heavy. As the band set out to do, it summons the past and unites it with the present in a way that’s moving and memorable. (And of course it’s a well-earned exception to that “rule” in our site’s name.) Put this album high on your radar screen.

To pre-order A Piece For Mind and Mirror on CD and limited-edition LP, go HERE. A link to Skuggsjá’s Facebook page and the track list are below, followed by our stream of “Vitkispá”.