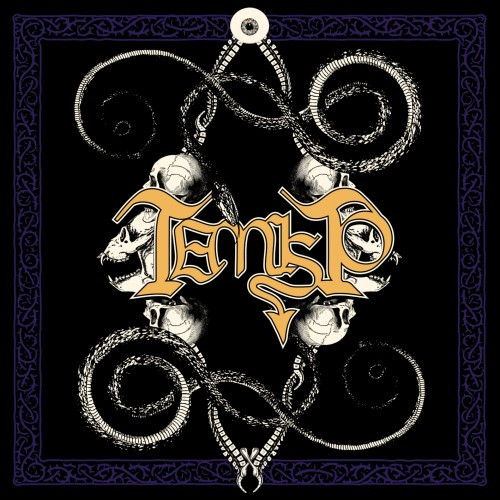 (Allen Griffin provides this review of the debut album by Sweden’s Temisto.)

Pairing the word “Swedish” with the words “Death Metal” will certainly lead to certain listener expectations, and while the duo Temisto manages to check all the appropriate boxes on their self-titled debut, there is much more to their sound than expected.

Due out on February 26th on Pulverised, the album does an excellent job of keeping pace with its wide-ranging ambitions. “Above Sacred Ground” and “Descent Into Madness” start things off in a straightforward manner, but with the introduction of the vocals the music quickly becomes more labyrinthine. Whirlwind riffs crash into each other as drum beats and tempos rapidly change on a dime. Somehow, Temisto seem to simultaneously channel both pre-Entombed Morbid and Nihilist while also invoking more technical acts such as Atheist. At their fastest and most brutal, Temisto nearly reach Angelcorpse levels of kinetic violence. 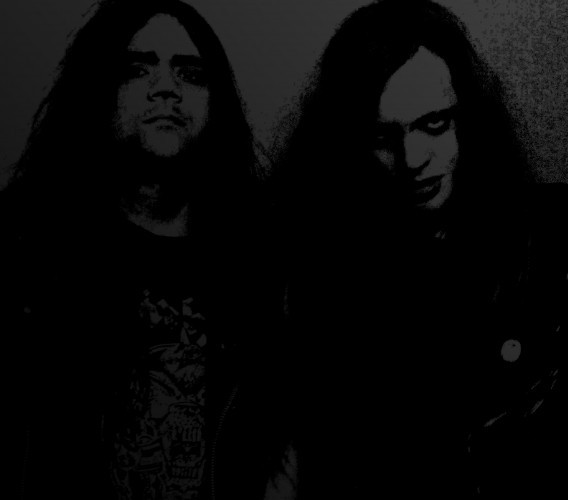 If the occasional dissonant arpeggio doesn’t tip you off on the first two tracks, “Abyssal Depths” dives headlong into another aspect of Temisto’s sound. Here, the tempos are pulled back a bit and clean guitars occasionally float above distorted ones. The effect is similar to traditional Black Metal, certainly more atmospheric. The song closes with a feeling of serenity, almost Opeth-like. The fourth track, “Medusa”, seems an attempt then to synthesize the openers with the more nuanced “Abyssal Depths”.

A calm solo guitar is the only instrument in “The Ritual”, which seems to mark the album’s halfway point. “Succubus” follows this with a burst of utter savagery. After a short intro riff reminiscent of Deathspell Omega, things shoot into hyperspeed, face-ripping territory. Yet, by the middle of the track, things take a more atmospheric turn again. Temisto finds the velocity one more time before coming to an end, and certainly this might prove the album’s most satisfying track.

While “Succubus” illustrates Temisto at their most balanced, instrumental track “Demiurge” showcases their compositional chops while operating in their more evocative mode. This track is nearly as awesome as the one preceding it, but their pairing might be as intriguing as it is jarring.

“Bestial Visions” is probably the most technical song in the bunch, raging like a more aggressive Ephel Duath or Atheist. “Temple of the Damned” is the last proper song and, much like “Succubus”, is a melding of Temisto’s multi-faceted interests. The faster sections toward the end of the track are truly something to behold, merciless assaults that would surely make Pete Helmkamp smile. The album closes with another instrumental guitar piece titled “Séance”, obviously meant to pair up with “The Ritual”.

New bands often times seem to suffer from a scattershot approach to songwriting, trying to incorporate too many influences at once, and Temisto walk a fine line that separates them from suffering this fate themselves. However, their material is well-written and executed so proficiently that they almost turn this multiplicity into a strength. As some of the later songs on the album seem to show, they are becoming quite adept at blending the more disparate aspects of their sound into a cohesive whole. This makes the band’s future a promising one indeed, and one can only hope Temisto doesn’t wait too long in producing a follow-up to this promising debut.

The album will be released by Pulverized Records on February 26.