In this Sunday’s look back at songs from the past, the band I’ve chosen to feature is The Chasm. Unlike most of the bands featured in this series so far, The Chasm are alive and kicking, though their history is a long one.

Metal Archives tells us that the band originated in Mexico City in 1992, “when vocalist/guitarist Daniel Corchado left his previous band (Cenotaph) to pursue his own musical vision.” The band released a demo in 1993 and a debut album (Procreation of the Inner Temple) in 1994. They would go on to release two more albums, 1995’s From the Lost Years… and 1998’s titanic Deathcult For Eternity: The Triumph, before relocating to Chicago, where they’ve been ever since. 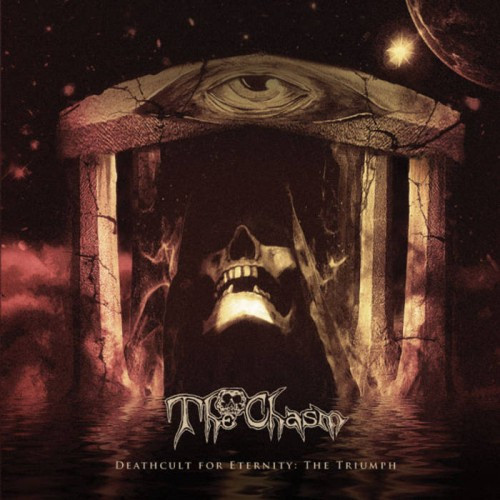 The Chasm have released an EP and four more albums since the move to Chicago, the most recent of which was 2009’s Farseeing the Paranormal Abysm. Every one of their albums has received a very high average rating on M-A, and the band have amassed a dedicated underground following. From the beginning up to the present, bassist/guitarist/vocalist Daniel Corchado and drummer Antonio León have been constants in the band, though many other members have come and gone.

I didn’t discover The Chasm until about two and a half years ago when I included them in a Halloween edition of a Shades of Black post, and I still haven’t listened to even a majority of the albums the band have released. As a result, people who are better students of the band’s music than I am may find the following selection of songs too random, and likely omitting some of their best work.

On the other hand, I hope this small selection of songs I really like will lead newcomers to explore The Chasm’s music further — because it’s a multi-faceted and highly accomplished approach to death metal, and even the oldest of these songs seem to have lost none of their appeal, even here in 2016.

Daniel Corchado has been involved in a number of other projects over the years, one of which is a Chicago band named Acerus, whose most recent release will be included in a Shades of Black post I’m putting together for tomorrow. In a Facebook post accompanying that release just a couple of days ago, Corchado hinted that he will begin focusing again on The Chasm in 2016 — which is excellent news, because the wait for new music has been a long one.

A collection of music by The Chasm as well as Daniel Corchado’s other active projects can be found on Bandcamp here:

11 Responses to “THE REARVIEW MIRROR (THE CHASM)”