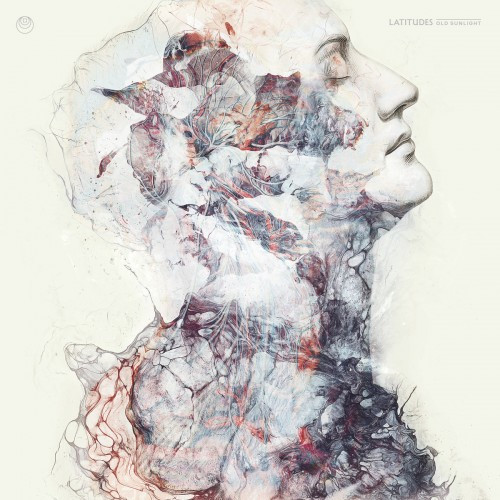 The day has finally arrived when the many of you out there who have been mesmerized by the songs premiered to date from the new album by Latitudes will have the chance to hear all of it. For those who haven’t yet heard anything from Old Sunlight, something wonderful lies ahead of you.

I’m one of those people who have been mesmerized already — and much to my surprise. It is almost entirely an instrumental album, and when Adam Symonds‘ vocals do appear, they’re often as clear, clean, and delicate as fine crystal. I wouldn’t have guessed ahead of time that I’d be so enthralled by such an album, but Latitudes prove themselves to be powerful spellcasters. 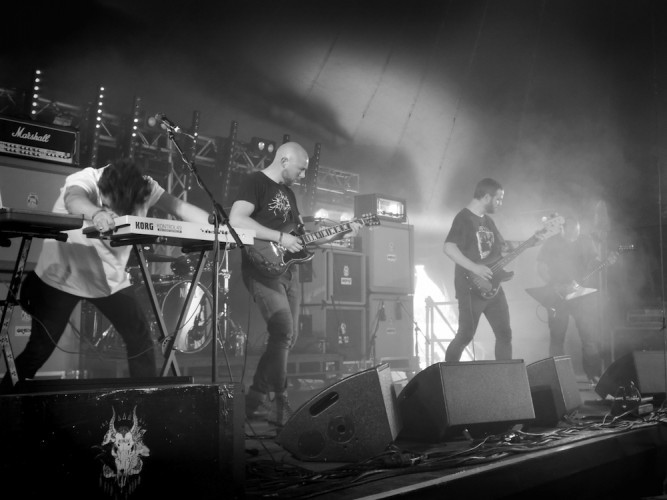 So you don’t get the wrong idea, Old Sunlight isn’t 45 minutes of dreaminess and drift. In fact the music is usually electrifying. The rapidly vibrating guitar melodies often inspire a feeling of uneasiness, or even the sense of something tearing itself apart. The jagged riffs and anvil-heavy bass pounding can become destructive. The tempo changes and sudden stops are  disorienting. Even so, it’s easy to be caught up in the music, your pulse hammering and your head spinning. You’ll see what I mean in the very first song, “Ordalian”.

Not dreaminess, but the very intricacy of the music and its sharp juxtapositions and contrasts account for much of Old Sunlight’s spellbinding effect. On the other hand, the music is indeed dreamlike at times (as in the soft organ-and-vocal duet in the middle of “Body Within A Body” or the unsettling, keyboard-driven swell of “Amnio”) — but more often than not those strange meditative passages are just setting you up for the hammer to fall, or the gates of the asylum to be flung wide open.

“Madness” is one of the words that comes to mind when “Gyre” explodes after the hallucinatory meditation of “Amnio”. The jittery fretwork and gut-punching rhythms of that song are riveting and exultant, but there’s still something unhinged about the creative and instrumental fireball that flares throughout the track.

“In Rushes Bound” delivers another kaleidoscope of demented, swarming guitars set against the contrast of slow, massive bass and drum concussions and Symonds‘ ethereal voice passing like a high cloud. But if that song is a pure adrenaline surge, then “Altarpieces” twists the adrenaline valve wide open — it’s a flood-tide of energy, at times on the bleeding edge of flying apart at the seams. Yet it becomes almost playful and jazzy here and there; and the melodies have real staying power.

Latitudes don’t follow straight lines on this album, and it takes far more than a single listen to even begin charting its course. You begin to expect the unexpected, and that’s the only reason the brief closing track “Quandary” isn’t more of a surprise. The storm of the album may have spent itself by this point, but even the crystalline beauty of this final track and its contrasting vocal harmonies leave a question mark hanging in the air, just as the song’s title suggests.

Almost boundlessly imaginative, ever-changing, and beautifully performed, Old Sunlight is an utterly intoxicating experience, the kind that makes most progressive and post-metal seem drab by comparison. We’re barely into 2016, and already we have one of the year’s highlights.

Old Sunlight will be released by Debemur Morti Productions on January 22. It’s available for pre-order on 12″ vinyl (with a download card) and digipack CD at this location:

The album is also available for download at Bandcamp:

One Response to “AN NCS ALBUM PREMIERE (AND A REVIEW): LATITUDES — “OLD SUNLIGHT””