(Andy Synn presents this new interview with CSR of the Swiss band Sammasch, whose new album will be upon us in 2016.)

Swiss spiritual occultists Schammasch have been a firm favourite of several members of the NCS team ever since we stumbled across the band’s masterful double-album Contradiction a few years back.

Since then we’ve run features on the band several times, covering everything from new videos, to live show reviews, to the re-release of their debut album Sic Lvceat Lvx, and tried to stay abreast of any and all developments within their camp.

Over the past 5/6 months we’ve tried to stay tuned in to all the updates the band have been putting out regarding the writing and recording of their as-yet-untitled (to everyone outside the band at least) third album, from photo shoots in London to mixing/mastering at Woodshed Studios in Germany.

As the album sessions have now all been wrapped up, and the album is, essentially, “in the can” and primed for release by Prosthetic Records, it seemed like the perfect time to get in touch with the band’s mainman CSR and pick his brains about what 2016 has in store for Schammasch!

To start off the interview I’d like to begin with a slightly more vague question than you might expect. Would you describe, in your own words, what Schammasch is… and what it means to you?

Schammasch is my third eye. My attempt to communicate with light and spirit, a necessary channel for expression to stay sane, and also hypercritic to my actions in life and to human life in general. We are one of the bands that bring necessary change.

When you started this band, who/what were your key inspirations?

When I first thought about starting a new band, I was driven by Behemoth’s Demigod and Zos Kia Cultus. I just rediscovered Extreme Metal again, after a longer phase of not listening to Metal very often anymore. Through that time I also rediscovered my deep love for Deathspell Omega’s Si Monvmentvm… album and everything they did afterwards. After actually forming the band, later that year Secrets of the Moon’s Privilegvim was released, which had probably the biggest musical impact on me back then. When Antithesis showed up a couple of years before, I was obsessed with that album for a long time, and Privilegivm made me go back to SotM, which became a main influence in Schammasch ever since. 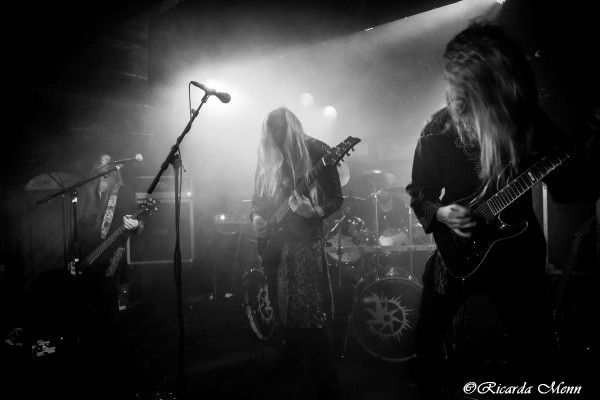 And how have these changed and developed (or not) over the years?

After Sic Lvceat Lvx was released, Behemoth stopped influencing me as a musician, even though I still have high respect for what they do. During the years I worked on Contradiction, Ascension made their first appearances, which I think became one of the most important Black Metal bands in the last 10 years. They’ve inspired my approach on many things when it came to songwriting, arrangements, etc. Towards the end of the Contradiction process, I also fell in love again with Cult of Luna and discovered bands like Treha Sektori, Sephiroth (SWE), and others from the Dark Ambient genre, and I started to listen to Dead Can Dance quite a lot.

Nowadays I have to say that I don’t listen to much Metal music anymore. I got stuck with the inspirations I could draw from Extreme Metal after finishing Contradiction. I haven’t really listened to new records in 2015, apart from Ascension’s The Dead of the World and SotM’s Sun. I can’t exactly tell why that is, also it might sound strange to people, but I’m not bothered very much anymore by that fact. Maybe it’s gonna change again someday, but these days I don’t listen to much music in general and if I do, it’s mostly Ambient. I’ve come to a point where I don’t need to listen to anything else for getting inspired to create music, which probably means I’ve developed enough of an own identity when it comes to creating music. At least that’s what I keep telling myself.

Life itself became the most important source of inspiration.

Before we get into the issue of new music from the band (which I believe will be coming out later this year), let’s talk a little about the first two albums instead. Now Contradiction was absolutely one of our favourite albums of 2014… but what the hell possessed you to go for the mammoth double album release format (not that I’m complaining)?

It was the only solution that made sense if you have 84 minutes of music to release. Shortening the album was certainly not an option, and the fact that the album represents the state of duality made the double album format the perfect solution. Also you’d be surprised about what we’re capable of doing in terms of length (I don’t think that was meant to sound as filthy as it did – Andy)

How does Contradiction, in your eyes, compare to your debut Sic Lvceat Lvx? 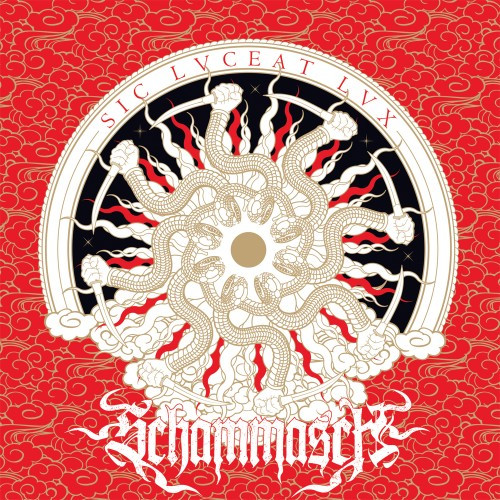 Talking of SLL… what was the impetus behind the decision to remaster and re-release that album last year?

The easy fact that we wanted to have it printed on vinyl finally. I think to re-issue the CD was in fact the label’s call. But since the first issue was sold out, we were glad that they were eager to do both, so it would be available to people again. The remastering and redesigning was mostly done due to technical facts. But it was a good thing to present it with a new face and it might have eased the wait for the upcoming album for some people.

Though you can clearly see the musical progression between Sic Lvceat Lvx and Contradiction, what often gets less attention is the lyrical/conceptual shift that seems to have occurred between the two albums, with Contradiction seeming (to my ears at least) to go deeper into the spiritual and philosophical elements of occultism, rather than focussing on the more overtly demonic or Satanic approach. Would you say that’s a valid interpretation?

I’d say it is when it comes to Contradiction, but would you say the lyrics of SLL come in an obvious Satanic approach? I wouldn’t say there’s a very obvious change in lyrics, I’d rather say a very obvious development.

What would you say inspired this change?

I was quite young by the time I wrote the lyrics for SLL and couldn’t yet really define the way of lyrical expression to the needed extent. On Contradiction I spent much more time on the lyrics and learned a great deal about lyrical aspects in music. Also my literary knowledge was a lot deeper than it was when I started the band.

Moving on a little, you have a new album out this year, that you recently finished recording, correct?

That is correct, we finished the production process back in September, currently we’re taking care of the final steps of layout etc, but it’s basically ready to print.

Are you able to share with us the title, or any information about the album… or is it still just a case of “wait and see”?

I can’t reveal any exact details yet, but I can tell you that the artistic leap between SLL and Contradiction won’t be any less high between Contradiction and the third album. It begins where Contradiction ended and closes a circle. I’ve sacrificed many things to be able to complete this album the way it had to be done and it gave me many hard times, but it was all worth it and always will be. Expect a monolith of an album.

Lyrically, how does it build on/progress from what you’ve done before?

I’ve approached that process differently. The lyrics on Contradiction are quite abstract in certain ways, I think I tried to keep it more straightforward and less abstract, less mystified this time. There’s also less literary influences, I tried to write in the most personal way I could.

The album continues (as mentioned before) in the same numerological context, stating the number 3, where Contradiction stated number 2 and SLL number 1. In number 3 we become one with the light, leading back to number 1 and therefore closing the trinity. This is what the album is about. 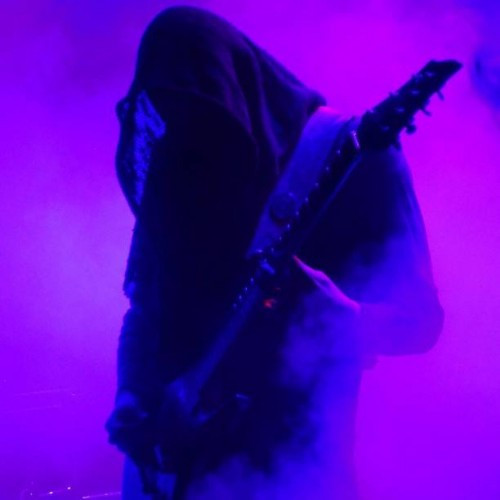 As a band you’re also well-known for endeavouring to match the sound of your music and your visual aesthetic, from the (fantastic) artwork that adorns your albums, to the lighting and staging of your live show, and the imagery and photography you employ to promote the band as a whole. I’ve seen that for your next album you’ve done some work with the photographer Ester Segarra, who’s well-known for capturing many striking images of bands from across the globe – how did this collaboration come about, and what did the sessions together ultimately produce?

Originally we’ve planned to work with William Lacalmontie again, who was the main producer behind the Contradiction Trailer and the “Golden Light” video clip, but it turned out he was too busy, so we had to search for someone else. Since my girlfriend knows quite a lot of people in the scene, I asked her if she’d have any ideas, and she came up with Ester, so I got in touch with her. As you said, she’s well known as a photographer for bands, and we got along very well from the first minute on, so we engaged her, not only for the band shooting, but also for the artwork, which was done on a photographic basis.

As part and parcel of the visual side of the band you also released the brilliantly atmospheric video for “Golden Light” towards the end of 2014, which had much more of a conceptual, short-story feel to it than your standard “band in a warehouse” video – are there any similar plans afoot for video representations of any tracks from the new album?

We are currently working on a new video clip, which will be shot in February. It will be done in the majestic landscapes of Iceland, same artistic approach, different producer this time. We will never do a “band in a warehouse” video by the way, I think a video clip should add something to the story of a song, giving it a second dimension rather than just showing musicians how they play it.

I was lucky enough to catch you live in October of 2014 in London supporting Dark Fortress and Secrets of the Moon, and was utterly mesmerised by your live show (honestly, that whole gig was just an amazing experience). Any plans in the works for touring this year?

Thanks for your words, we appreciate that. That whole tour was an amazing experience for us.

Since we got a new booking agency (District 19) at our backs now, we’re pretty sure that there’s gonna be at least one Europe tour this year and we are currently discussing offers and possibilities, but there’s nothing fixed yet. Though we have some festivals to announce soon and hopefully there’s more to come.

And, for my last question… if you were to choose one song to give to a new listener, one song which would sum up the music and philosophy of Schammasch… what song would that be?

3 Responses to “AN NCS INTERVIEW WITH CSR OF SCHAMMASCH”