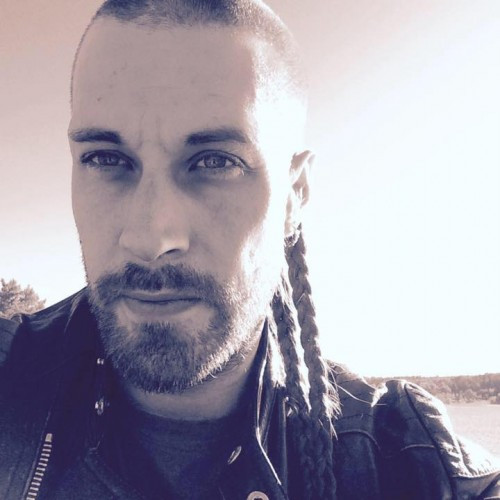 (Earlier this week KevinP named the debut album by Sweden’s Fifth To Infinity, Omnipotent Transdimensional Soulfire, the top album released this month, and that followed on the heels of Andy Synn’s laudatory review of the album last week.  Now Kevin brings us a new installment in his short-interview series, in which he quizzes the band’s vocalist/guitarist Nader Jonas Reslan.)

K:   After starting the band back in 1997 you finally released your debut album (19 years later).  I’m sure there is a sense of relief and excitement about that.

N:  Indeed there is and very much so.  It’s been a really long and messed up journey, so far.. and now after all these tough years, we’ve finally succeeded in manifesting our music beyond the realms of the underground.  So, yes, the feeling is great.

K:  Looking at your start date of 1997, Martin Lopez (your drummer) was involved with Opeth beginning in 1998 until 2005.  Were his commitments any factor in the band going on hiatus?

N:  Yeah, surely that took its toll on the band, with two out of three members constantly out on the road, as well as many personal struggles for each of us, then ultimately legal issues sealed the coffin.

After we disbanded (in 2001) I spent most of my time exploring new frontiers, both musically and spiritually.  I did keep writing music though, but most was kept to myself.  I consider those years a time of great expansion and reinvention

K:   How, if at all, has the vision and music changed from when you originally conceived it?

N:  Well, when we started there was a bit more technical death/thrash elements involved.  But as the years progressed, and after many personal ‘rock bottoms’, the music got ever darker and more spiritually focused.  Not that our music has ever been void of the spiritual and dark, but without a doubt, these factors weigh in more heavy today.  This album doesn’t contain any of the songs that we were working on for our unreleased debut album back in 2001.  All of the tracks on this one were written between 2007 and 2011. 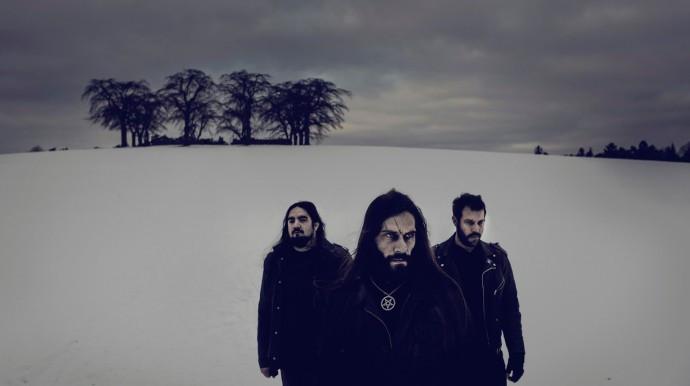 K:  You have used the tag line “transcendental metal of death” to describe the band.  Can you elaborate on this?

N:   It came from the conviction that, to reach true enlightenment and transcendence, one has to die to enable a second birth.  When we rid ourselves from the ideas and notions of the ego, identity, etc.,  we enable ourselves to perceive our true state of being, eternal and limitless.  This path is the main drive behind our work and a constant expression in our music.  Through death we transcend.

K:   Since you’ve had about half your life to write and release your debut, where does it go from here?

N:  The original vision was and still is to explore what we perceive to be the beyond and to give voice to the unknown.  A vision that we still honor.

Our next album will be different from Omnipotent.  We’re of course really proud of how great it turned out.  But also with that said, there wouldn’t be much point for us in trying to remake or recapture that. We nailed what we wanted with it and now there are new worlds and powers waiting to manifest.  David (bassist) and I are already working the pre-production.  I won’t say too much about it as I’d rather have it be a surprise, but surely there’s lots of darkness to be expected.

5 Responses to “GET TO THE POINT: NADER JONAS RESLAN (FIFTH TO INFINITY)”