I’d like to recommend a new split release by a Japanese band named Ithaqua and an Australian band named BØG. I don’t know much about either band, and I’ve already now forgotten how I came across this split, but this thing has cleaved my head right in two.

The last couple of minutes in particular are just fucking ridiculous — a mix of unstoppable riff magic and deranged guitar psychedelia.

I don’t mean to give short shrift to the second track, “Deified”. It’s another captivating mix of bruising riffs (some of which, in brief portions, reminded me of Cream’s “Sunshine of Your Love”) and narcotic guitar hallucinations, albeit with a more catastrophic helping of doomed atmosphere and turgid pacing in its mid-section. As in the first track, Ithaqua really kick out the jams at the end. 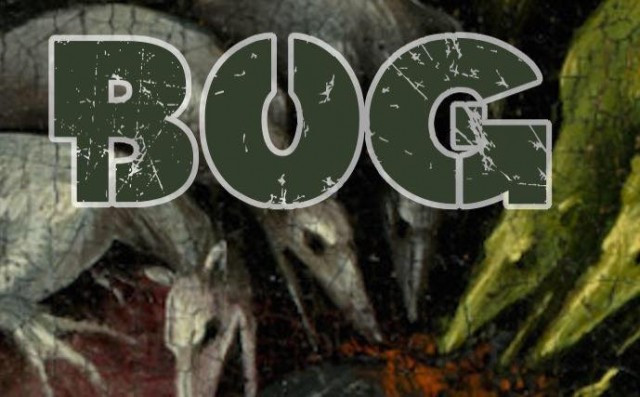 BØG are kindred spirits, circling the same ritual bonfires as Ithaqua, though in a slightly different orbit.

Their two tracks, one long and one short, share the name of “Tomo”. Part One combines, thick, hard-slugging riffs and increasingly deranged and discordant guitar leads. Sometimes soft and floating like an opium dream, sometimes on the brink of a psychotic meltdown, the music is gripping — and the vocals, when not growling or roaring, sound like a man shredding his own skin with a straight razor.

“Tomo II” makes a sharp turn, a solo guitar instrumental with a burst of vocal rage, or agony, or both. It fits, in a strange but not linear way, with the first song. As much as anything else, it proves that BØG have more twists to their creativity; these two songs hint at being merely the tips of an iceberg.

I do dearly hope for more music in the future from both of these groups. For the sake of completeness, I’ll add that after listening to this split I discovered previous releases from both bands, though I haven’t yet devoted time to them. BØG has an August 2015 EP on Bandcamp (here) entitled Mire. And Ithaqua released an EP in 2014 named M.P.E.P — also on Bandcamp, at this location. I will certainly be investigating both of them.

You can download this new split (as I did) on Bandcamp: