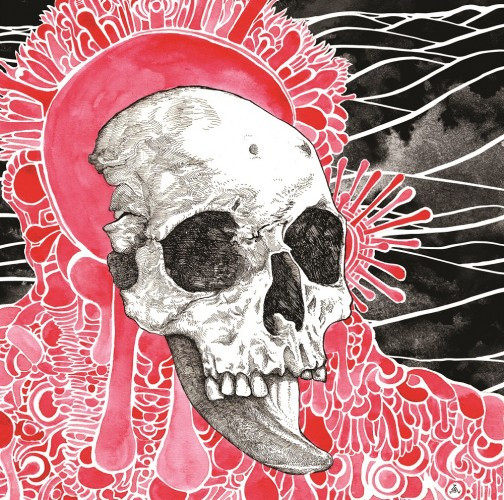 Are you sitting down? If you aren’t you probably should. Or, if you kind of like the idea of experiencing vertigo and falling through a window or off a ledge, then maybe you should stand up and move someplace where you can do the most violence to yourself when your inner ear gets put through a sonic centrifuge — because that’s what’s about to happen.

The song we have for you as a disorientation experiment is “Two Mountains“, and it’s one of eight delightfully perplexing and irretrievably deranged songs on Plethora, the new album by a French quartet from Lyon named Michel Anoia. 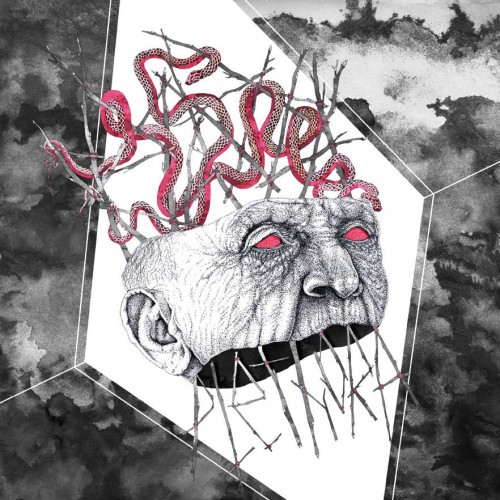 The band describe their music as something like “an acid trip in the middle of a storm”. Now, we all know that one must take band descriptions of their own music with a grain of salt. In this case, Michel Anoia’s description is accurate, but understated.

In prosaic terms, “Two Mountains” is like a musical Frankenstein’s monster assembled with bits and pieces of grindcore, technical death metal, psychedelia, and jazz. But simply stitching those words together falls short as a means of trying to capture the sound.

It’s a torrential, discordant swarm of notes, beats, and screams, but one that becomes darker and more devilish as it finds a kind of groove — and then changes again as it reaches its mid-point. The cacophony subsides for a brief eerie space of time, and then the music becomes heavier and more violent, and eventually even more demented.

It’s like being caught in an earthquake, within a whirlwind, while the neurons in your brain decide to disconnect from each other and find new places to take root. A thrilling experience, but one that may leave you gasping, “What the hell just happened?”

Plethora was recorded in France, Switzerland, and the Czech Republic, and it will be released on February 12 via Underground Pollution, Eardrum Terrorism Records, Allende Records, Abekeit, Smiths Food Group, Skullhouse, and WOOAAARGH.

Michel Anoia will also be touring their home country to promote the new album. Here’s the full list of dates: