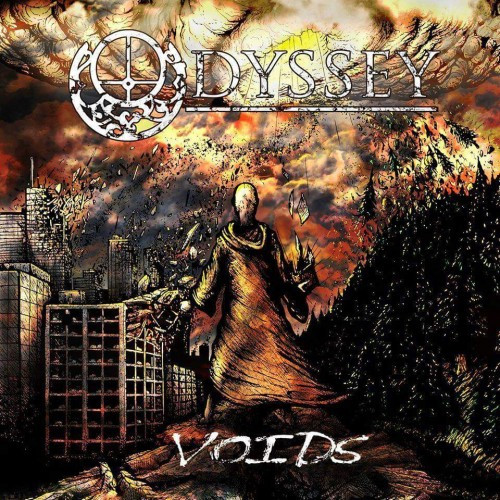 (Austin Weber wrote this review of the new album by Odyssey from Spokane, Washington.)

Beyond being perennial favorites of a few of us here at NCS, Odyssey have always stood out to me as an instrumental act operating on a different wavelength than most of the instrumental metal I listen to. And I say that as someone who listens to a lot more instrumental metal than most people. While I try not to inject too much personal commentary in reviews, I won’t have time to do as many reviews here in 2016 at times during the year, at least compared to my past output. So I figured, what the hey, let’s do a fun and in-depth one while I have a moment of time currently to do so!

As I mentioned in the write-up for the premiere of “Before There Were Eyes To See” here at NCS recently, Odyssey have mastered the art of writing instrumental metal that doesn’t forsake an aggressive bite and headbanging pulse. But beyond that, Odyssey has always had their own thing going on. And by that I mean that they existed and started developing their sound long before groups like Animals As Leaders, Chon, and countless other newer (by comparison) instrumental acts inspired a paradigm shift and explosive growth for various strains of instrumental metal. A lot of which I love to be sure.

And I think part of what makes Voids special is the sheer sonic diversity from song to song and moment to moment. Odyssey weave together a larger tapestry of influences and ideas than many of their peers. And the special touch they bring to their craft shows across all ten tracks on the album. 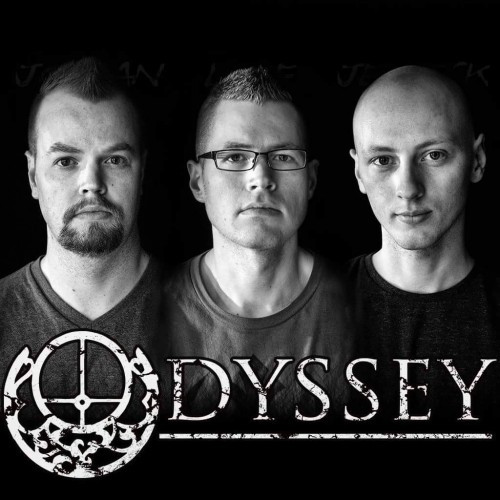 I get a really cool thematic opening kind of vibe from the subtle slow rollout of opener “Emerge, Evolve, Adapt,” which musically plays out the concept of its title. That is followed immediately by the trashy, in-your-face follow-up on track two, “Negate The Infinite”. As one of the more solidly aggressive cuts on Voids, I particularly love “Negate The Infinite”  for its utterly gorgeous guitar solo, ripping riffwork, and noodly delicious bass lines.

After such an aggressive cut as “Negate The Infinite”, it makes perfect sense to switch to the prog-and-groove feel Odyssey deliver on track three, “Like Moths To The Flame”. If you suddenly felt comfortable in prog land, track four “Motives” pulls a fun trick by opening with a raging intensity that swiftly transitions into vast gorgeous soundscapes lit by epic guitar melodies, luscious bass work, and impeccable drum work — though the song does later dive back into aggressive stompier moments throughout the second half of “Motives”.

The aptly titled “Echoes” follows, and again, it’s an expertly fitting title that matches the reverberating tidal wave quality of the song, plumbing the depths of our minds and souls. It’s probably the least “busy” song on the record. But definitely one of my favorites, as its tendency to loop around itself does make it catchier and easier to remember than some of their other more complex songs.

And after “Echoes”, the album takes us to “Before There Were Eyes To See,” whose stomping thrashy glory has already been given plenty of attention here at NCS, as we premiered it initially. Rolling right in afterward comes “The Plot Thickens”, with a slightly different sonic experience aided by an extra pinch of spice and flavor consisting of dense rhythms and rich guitar and bass dueling-driven exuberance, with the drums hammering a trail of hard-hitting nails and cybernetic grooves underneath all of it. Odyssey have a strong groove-centric nature throughout Voids, but that trait seems to drive “The Plot Thickens” more as a whole than many other songs present on here. It’s a fun song with some ripping solos and absolutely hypnotic grooves that make my head move involuntarily.

Odyssey dials it back a bit on the following track “Delineation”, making the most of a more subtle and restrained blur of swirling guitar work, punchy bass guitar thumping goodness, and anchored by another tremendous drum performance that accommodates and unites the many shifts in tempo and style. The middle of the song is probably my favorite part, though, exuding this doomed yet epic feeling for an extended period of time, before they out of nowhere decide to go into some fairly technical thrash material followed by another bout of monstrous groove-and-chill.

The album then hits a somber and reflective stride on track nine, “Left Unspoken” — yet another title that perfectly matches the feeling the music exudes, as if Odyssey are saying some sort of goodbye, but as usual, sans words. Or maybe it’s about love lost and words that fail us.

And to end the record comes the title track itself, “Voids”, which stomps, thrashes, soars, annihilates, and then ultimately gives you a big groovy grin of a musical hug and probably a smoke or two of reefer along with it. It’s a fitting conclusion to a damn impressive album that gives off that feeling of going on a journey when taken in as a whole.

It’s been said that each record by a band is a snapshot in time, a moment and world unto itself that reflects where a band is at that given time. That’s a sentiment that I feel really applies to Odyssey from a career trajectory standpoint. With each release Odyssey show us something new, yet also refine and subtly re-build what they’ve already done, only as better songwriters with even greater instrumental interplay with each successive release. As a longtime fan of the band, it’s been truly rewarding to see these guys grow and develop into the mature force they are now.

And to me, I find it all the more impressive that they’ve done so without needing a second guitarist or even a vocalist to fill out their sound — the classic hallmark of a true power trio in my estimation! Granted, I tremble in horror when re-visiting the eloquence Islander has delivered in his past write-ups and reviews of Odyssey here at NCS. So I can only hope you at least take away from this review that it’s definitely top-notch instrumental metal.

Voids will come out on February 5th, but if you want to hear it a few days early, I’ve agreed to help the band stream it on Monday, February 1st over at Metal-Injection! For now, you can check out the four songs from it streaming below through Bandcamp.

*Odyssey-Voids can be pre-ordered at their Bandcamp here: