This is the second of two new-music round-ups I’ve compiled for this Thursday. Considering the two together, it’s a very large collection of new songs and videos that I think are worth your time, with so much variety that I would guess most metalheads will find something to enjoy. Of course, I like all of it.

Sometime soon I will have to start paying more attention to other things, like reviews and that Most Infectious Song list that has been stalled in its tracks while I’ve flitted from one new piece of music to another. But not today.

I’ve been beating the drum for this new album since news of its advent began circulating last fall. Today, finally, the first song from from Psychopathology debuted, and it’s the title track. The question is, does the music justify all of the eager anticipation for this long-running band’s first new album in four years? 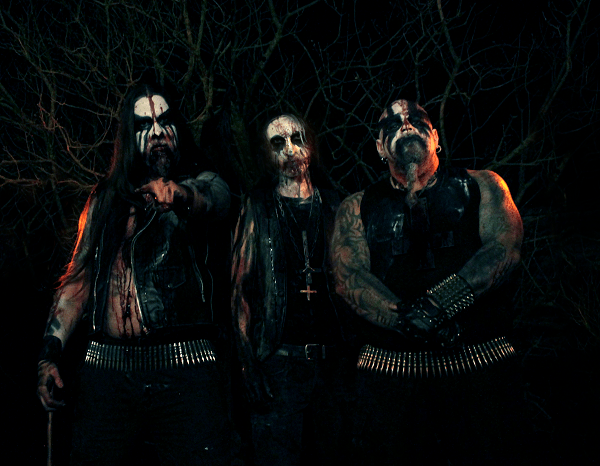 And the answer is, HELL YES IT DOES. The song packs a powerhouse sound, with a rhythm section that simulates the impact of a war zone and lashing riffs that are electrifying. On top of that, the howling vocals are on fire, rising up in bestial passion. Ragnarok are back, and in fine, savage form.

Psychopathology will be released by Agonia Records on March 25 in a variety of formats, including a limited-edition CD box set that will include a bonus compilation CD entitled Chaos and Insanity Between 1994-2004, which features all of the band’s early demos and EP’s (the compilation will also separately be released on vinyl). 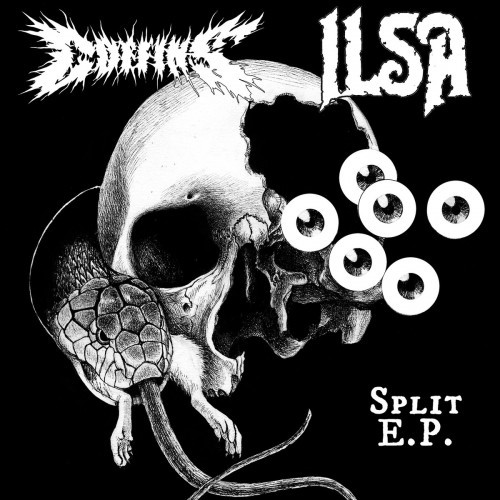 When I first heard that Japan’s Coffins and D.C.’s Ilsa would be joining forces on a split, I’m pretty sure I experienced spontaneous spinal compression — you know, in anticipation of being crushed from above like a rain of anvils on the head. Now we have a stream of Coffin’s track from that split, and sure enough, I feel a few inches shorter than before I heard it.

The song is absolutely decimating, both when it’s lurching in a doomed stagger and when it’s rampaging in a d-beat fueled brawl — and when it finally starts to pummel like a demonic piledriver. The vocals, as usual, are horrifically deep and monstrous, and the serpentine solo is morbid as hell. 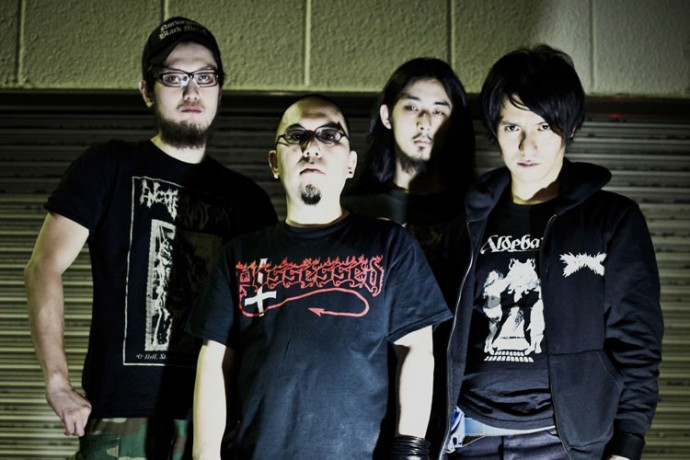 Needless to say (but saying it anyway), I’m anxious to hear, and be compressed by, Ilsa’s track.

The split is being released by Relapse. Pre-order the vinyl plus shirts at this location or the digital version on Bandcamp here. 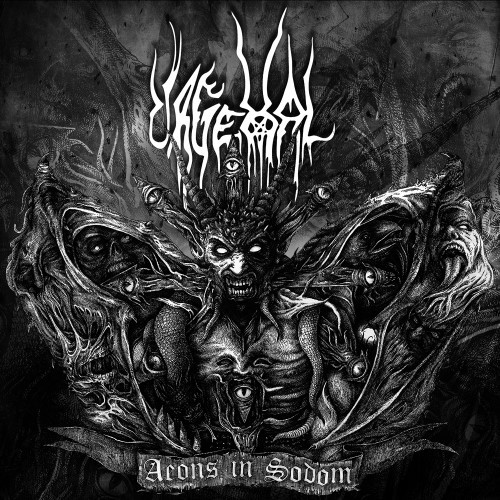 About a week ago we had the pleasure of premiering a song from Urgehal’s forthcoming album Aeons In Sodom, which featured guest vocals by Darkthrone’s Nocturno Culto. Now another new song has premiered, and this one — “Endetid” — includes vocals by Nattefrost of Carpathian Forest.

In case you’ve forgotten, this new album completes material written by the band’s founding vocalist/guitarist Trondr Nefas, who passed away in 2012, and in place of his voice the album includes guest vocals, not only from Nocturno Culto and Nattefrost but also from Nag (Tsjuder), Niklas Kvarforth (Shining), Hoest (Taake), and Mannevond (Koldbrann).

Nattefrost sounds absolutely deranged on this song — and the music is just as fierce. But the song is as filled with grim melodic hooks and compulsive beats as it is ferocious, and it reveals a mastery of dynamics that makes it a galvanizing listen from start to finish (there’s a helluva solo waiting for you in here, too). I don’t think there’s much question by this point that Aeons In Sodom is going to be a 2016 standout.

Aeons In Sodom will be released on February 12, 2016, by Season of Mist and can be pre-ordered HERE. 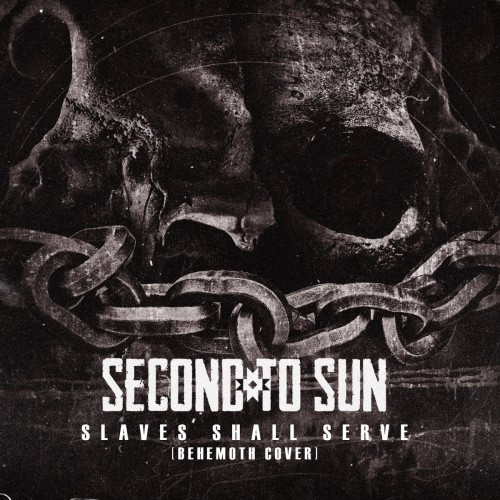 Last October I wrote enthusiastically (here) about two songs from this Russian band’s latest album, The First Chapter. More recently the band have released two more songs, and I’ve embedded streams of both of them below.

The first one is a cover of the Behemoth song “Slaves Shall Serve” (which includes guest vocals), and that one is now available on Bandcamp (linked below). The other is a new original song named “Ladoga Master” which isn’t yet available for download. According to the band, the latter song is based on an incident took place on September 15, 2015, at Karelian lake, when a man in a boat started shooting at people on the beach while also cursing in foul language and shouting “Ladoga is mine!” He was subdued and turned over to police without anyone being shot.

I found both songs electrifying — and bone-breaking (though I should add that “Ladoga Master” has a comical opening, perhaps in keeping with the bizarre nature of the incident that inspired it, and a very catchy folk-style melody that sounds like it’s performed on a flute). 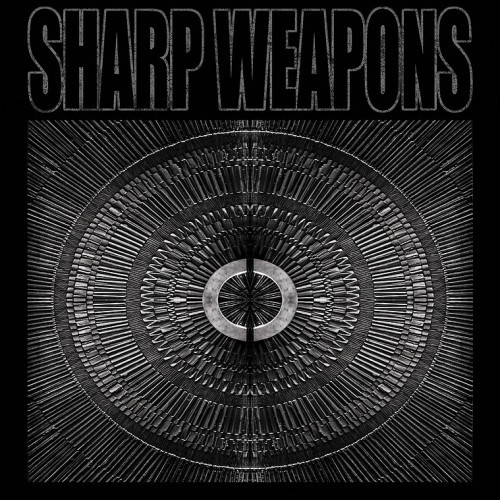 Sharp Weapons are a Kansas City post-hardcore metal band who recently released the first single from their forthcoming self-titled debut album. The name of the song is “Eat Another Chord”. I’m embedding the song below because it kicked my teeth in, and I thought if I posted the song it might be convinced not to also kick my ass up between my shoulder blades. I’ll let you know how that works out, though I may be mumbling when I do it.

Seriously, this thing punches really hard — and it’s really damned catchy, too. I think the vocalist was recorded while immolating himself.

You can pre-order Sharp Weapons here or here: 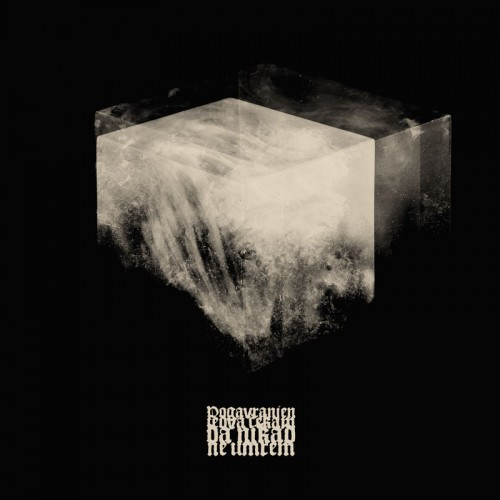 I’m going to force myself to bring this round-up to a close (although I still have more songs I’d like to recommend), with a track named “Maitreya” from the forthcoming third album, Jedva Čekam Da Nikad Ne Umrem (Looking Forward To Never Die), by Croatia’s Pogavranjen.

This is the most adventurous, most avant-garde piece of music in today’s collection. It’s a slow, sinuous, perilous, narcotic drift that could be considered hypnotic were it not for the array of attention-grabbing vocals that give the music a damned and disturbing air (and I have to mention that I started thinking of David Bowie whenever the high clean vocals appeared).

The song also includes some extended guitar instrumentals that are fascinating, with hints of jazz in the drumming — and I can’t tell whether there’s a saxophone in here or just a guitar that sounds like one, but either way it works really well in the context of this creative, unusual, and thoroughly engrossing song.

Jedva Čekam Da Nikad Ne Umrem will be released by Arachnophobia Records on February 15 and is available for order HERE.