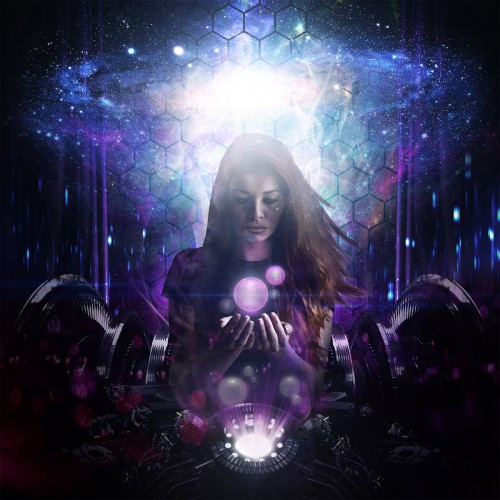 (DGR weighs in on the new album by Chicago’s Mechina, as you knew he would.)

The January 1st album release has become a comedic undertone to my writing as of late. It’s never one that I have advanced warning for, nor is it one that I am ever truly adequately prepared for. Instead, it just serves as a reminder of the relentless march of time and the constant – and reassuring – pressures of being a writer for this site. It’s strange, but I have found comfort in this sense, the idea that I am already late and that I have fucked up.

Without that pressure, life seems aimless, and so, as it has been for the past handful of years, I have Mechina to thank for the fact that I am once again dragging ass on a review. The sun has risen in the east and set in the west, the sky is still blue, and all is right with the world – because as I take longer and longer to write out this review out, each moment means that I am later than I was before. Always the hare in Alice In Wonderland, and in that way continuing exactly how I felt last year and the year before.

It’s that consistency that one needs as a reminder that while the year has ticked up one notch, things haven’t really changed and the world is a mess. God forbid any actual events happen. This ladies and gentlemen, is how I start my year.

Chicago-based duo Mechina have made quite the sprawling epic for themselves, having kept to a yearly release schedule since their album Empyrean in 2013. In between those yearly releases, the band have even managed to start cranking out a fairly sizeable single about halfway through the year, meaning that Mechina have not only proven to be prolific but also fairly reliable in terms of both punctuality and, as it has turned out so far, in terms of quality as well.

Mechina are an interesting proposition to first timers: a symphonic industrial metal group with some heftily growing djent elements who have created a grand sci-fi set of concept albums that they’ve continually added to and shifted timelines as they have seen fit, while remaining entirely in-studio and managing to keep those releases to, as mentioned before, a relatively stable schedule. Any heavy science fiction reader will recognize some of the various tropes in play in Mechina’s story, one of planetary warfare and destruction, planetary abandonment, and colony ships. It is a story told across hundreds of years and a handful of protagonists – protagonists whom have slowly been given different voices outside of the Mechina camp’s main vocalist Dave Holch by singer/solo-artist Mel Rose.

As far as Mechina’s story timeline is concerned, they have been in something of a prequel mode. Since the release of 2014’s Xenon, every release afterwards has taken place earlier and earlier, tracing back to some of the initial steps of the group’s story – meaning that outside of Conqueror, the songs To Coexist Is To Surrender and The World We Lost, the albums Acheron and the newly released Progenitor have all taken place progressively earlier in time. Progenitor, Mechina’s January 1st,2016 release, follows The World That We Lost in terms of progression, with its characters abandoning their current planet and seeking to find a new one. This leads to some interesting avenues musically for Mechina to explore.

The group’s prior album, the 2015 release Acheron, was a sprawling album. It actually had a ton of music packed into it, each of its full-band songs stretching easily into the six- and seven-minute range, with its last few clocking in at ten and six minutes with an instrumental in between. Acheron was split up with huge ambient sections, a marked difference from the album prior to it, 2014’s Xenon – which pretty much was a relentless assault by Mechina standards, starting with its foot to the floor and keeping it planted there for a pretty huge chunk of the run – an experience I enjoyed a ton but I can see it wearing on people.

Progenitor, by the standards of its two older siblings is actually a much tighter and more concise album. Progenitor’s runtime is pretty close to Xenon’s runtime of fifty minutes, but about fifteen minutes shorter than Acheron. It also comes in at only eight songs, but each song after the intro track ‘Mass Locked’ is about six- to eight-minutes long – going through multiple motions before each one wraps up. The large, ambient, world-building tracks are gone this time around – most of that is relegated to the end of actual songs, usually in the form of acted out pieces.

That means no choir chanting this time around, no long synth sections; just a ton of music packed into a real tight ball. There is also a ton of clean singing on Progenitor as well, enough that we’ll probably mark this as an ‘exception to the rule’. For those who missed Dave Holch’s singing on Acheron, he returns to the patented “screamed verses, sung choruses” format on Progenitor, and obviously Mel Rose has a fantastic singing voice. She is pretty much handed the middle section of the album, and both songs are highlights as well.

Having followed Mechina for a while, the narrative has taken shape that Mechina basically has two forms: one of a symphonic death metal band and one of a heavily groove focused, near-djent level band with some industrial hints to it. The industrial elements of Mechina’s sound have often been laid at the foot of their production, which has had a heavy digitized-sounding air to it, with stuttering guitars and thick drums. Progenitor as an album pretty much exists as these two forms on display.

One of the things I really enjoyed about Mechina’s previous disc Acheron was that even though a large chunk of the music was them very much doing their thing, they expanded upon in it in between those songs with ambient pieces, a ballad number, a choir for one section. It did lead to Acheron feeling kind of bloated, but it helped break up the flow of the the disc a bit. Progenitor has a lot of that trimmed away from it. Ambient pieces play out more like radio plays in between each song, and the eight songs present are huge numbers that repeat themselves a few times during their overall play. Some of the songs consist entirely of one fat groove playing off of another; others are huge, earth-shatteringly fast death metal tracks with grand orchestration behind them.

Progenitor’s first handful of songs are faster pieces – with “Ashes Of Old Earth” pretty much starting with a tightly picked guitar section buttressed by a series of blast beats. The chorus of the song is clean sung, with a sharp hook to it, and ascends to epic-level territory once the symphonics behind it really swell up. Dave Holch controls a humongous chunk of the song on the vocal front, save for one bridge, and belts out line after line with what feels like few breaths between them. “Ashes Of Old Earth” has a bouncing rhythm after the main blast section cuts out, and the militaristic snare drumming is enough to keep your head moving like a metronome.

“Ashes Of Old Earth” lies within the Mechina comfort zone, and in fact a few of the songs on Progenitor feel the same way. Follower “Starscape” is one defined by chunky guitar section stacked on top of chunky guitar section, like a custom-ordered burger that got out of control on the patty front. It’s a little bit of a slower-moving track but pretty much sets the stage for the rhythm-and-groove-heavy middle section of Progenitor – where Mel Rose handles the vocal duties.

“Cryoshock” and “The Horizon Effect” are both massive songs, built on rumbling grooves and ethereal electronics in the background. “Cryoshock” actually sounds a bit like Meshuggah’s Bleed a couple of times, with drumming just as frighteningly precise and quickly hammered – especially after the bridge of the song. “Cryoshock” does suffer a bit for repeating itself somewhat, as it really tries to hammer home how the characters in its narrative are faltering after a disastrous re-awakwening from cryosleep. However, considering that the song is entirely sung and with huge grooves that do define its overall run, it’s hard to deny that “Cryoshock” has a bad habit of getting stuck in one’s head for days at a time.

“The Horizon Effect” follows a similar charting but is a little bit ‘prettier’ on the musical front. It might actually be my personal favorite song on the disc, mostly because it is describing events on a universal scale, and the main refrain of ‘into the cosmic sea’ echoing over itself tends to bore its way into my brain and stay there, building a comfortable nest and then ordering pizza. It, like “Cryoshock”, is another groove-heavy song but allows the vocals to really be belted out this go-around. Unlike its predecessor “Cryoshock”, though, “Horizon Effect” remains relatively minimalistic on the instrumental front, instead keeping things fairly light and revolving around one fairly heavy rhythm the whole way through. Outside of the vocals, most of the melody of “Horizon Effect” comes from a band of increasingly loud synth work that crescendos a little bit before the final chorus.

The DEATH METAL returns in full force on “Planetfall”, and the whole song is a massive roar that finishes wiping away much of the ethereal beauty that “Cryoshock” and “The Horizon Effect were building toward, especially after the eight-minute destruction blast that was “Anagenesis” prior to it – returning to a militaristic determinism with absolute ferocity. “Planetfall” also contains a guitar solo, which is a new thing for Mechina, provided by current Vital Remains guitarist Dean Arnold. He rips out a wall of notes about a mile wide when he comes screaming into the song about halfway through. It’s an interesting event and helps break up Progenitor’s massive songs somewhat – since the disc is a pretty dense affair musically.

Progenitor, for its seven songs and one intro bit, still manages to feel huge. Mechina have seen to it that there is still a ton of music to dissect across Progenitor’s fifty minute run-time. By packing each song with up to eight-minutes-plus of music, every track feels like a huge movement in both story and general musicianship. When a track finishes, it feels like a big block of time has passed in their story as well, which is a feat, considering you’re talking travel on a cosmic scale.

Barring the album’s intro, “Planetfall” is the shortest track at a little under six minutes — so consider yourselves warned, Progenitor is an undertaking. However, it does make the time feel like it is flying by, because even though Mechina’s two moods are more apparent than ever here, the songs are dynamic enough to keep a listener locked in. Also, with only seven tracks to really keep an eye on, it’s been easy to return to over and over. I know I’ve done a run all the way to “Anagenesis” and then started over again based on how much I like that first batch of songs so much, numerous times.

Progenitor, of course, fits in well with its many siblings, and it is an album that consists of Mechina doing their sound the best they can. There aren’t any massive surprises this time around, and the group are playing within their boundaries. What they manage to do, though, is kick out seven massive songs that make for an epic listening experience, with maybe only a few minutes of that vaunted sub-fifty run-time feeling like they’re dragging. Mechina are telling a huge story and make the music to match, and on that front, Progenitor succeeds.