In late January we very excitedly spread the word about an official announcement we’d been waiting on for months — that two of America’s most respected underground labels, Gilead Media and 20 Buck Spin, would be collaborating to present a metal festival on August 12-14, 2016, in Olympia, Washington: the first Migration Fest. And today we bring you more tremendously exciting news: The festival headliners will include the first-ever live performance of Panopticon.

Migration Fest’s official announcement follows, along with a statement by Panopticon’s Austin Lunn about his decision, at long last, to perform Panopticon’s music live, the people who will be on stage with him, and some other interesting news….

Also below, we’re including the festival’s announcement about when early-bird passes for the fest will go on sale . 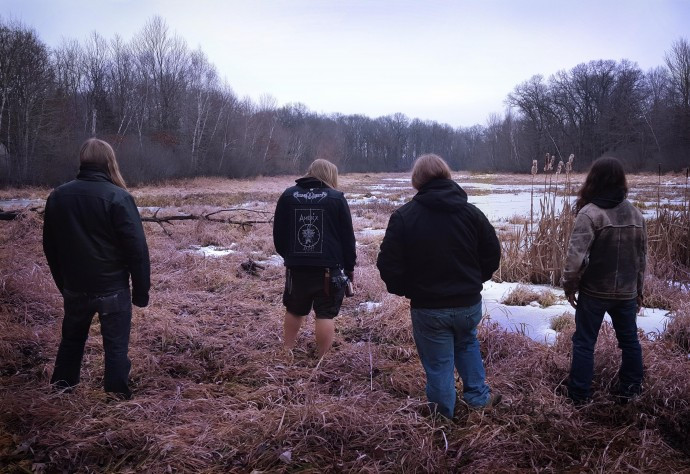 “Today we here at Migration Fest are here to share some exciting news as we announce one of our festival headliners. We could not be more honored to present the first public live performance of U.S. Black Metal project Panopticon.

“Founded by A. Lunn in 2007, Panopticon has existed as an intensely personal endeavor that remained a studio project throughout the release of numerous EPs, splits, and six highly regarded full-lengths. Finally Lunn has agreed to share his work in the live setting during Migration Fest 2016, August 12th-14th, during which Panopticon will perform the 2006 full-length …On the Subject of Mortality in its entirety as a full band.

And here is a statement from Austin Lunn regarding the performance:

“As it turns out, humble pie and ‘my foot’ taste pretty similar. Perhaps it should be explained, for the sake of elaborating on this statement, that in many conversations (and often in interviews… which I don’t do a lot of for the aforementioned reason) I have sworn off live shows for a never-ending stream of various reasons (…honestly, more like excuses) and it wasn’t until my good friend Adam got me drunk and backed into a corner enough that I gave it some serious thought.

“I’ll be honest, I was incredibly inspired by my friend Tanner and how he has turned his studio project into a live performing representation of his work… to put it simply, Obsequiae’s live performance is a spectacle to behold and totally blew me away. After seeing Tanner confront this task and having many conversations with Adam, I gave it some thought and decided to confront a long-held fear and assemble a group of friends whom I enjoy spending time with and attempt to learn On the Subject of Mortality in its entirety for the upcoming Migration Fest in Olympia.

“That album is my favorite and most personal release I have done so far but has long suffered from its primitive, poorly executed DIY production. I’ll be honest and say I don’t hardly know a damn thing about recording, and given the circumstances of its recording, the fact that it came out somewhat listenable is nothing shy of a miracle. So recently, coinciding with this decision, I asked my friend Spenser to take a look at the sessions and give it a clean up and proper mix. Spencer had done the same thing to Social Disservices last year and had wonderful results. Seeing as the release of that version is pending, I figured what the hell, let’s do them both and release it together. This is a good a time as any to make an attempt at playing live.

“So in short, All I really need to say is this: thank you to these good friends who have continued to inspire me, enable me to improve and challenge me to confront my own fears and limitations. You have forced me to continue to grow where I would have otherwise stayed complacent. Cheers.

There will be further information on the re-release of those albums coming soon, but more importantly I’d like to take a moment further of your time to recognize the kind musicians who have given their time and effort to enabling these songs to be played live:

The set will include but not be limited to the entire On the Subject of Mortality album. There are no further plans to play this album in its entirety again and currently no further live shows to be announced for that matter.

Thank you for your time and best wishes.

The festival line-up as announced in January was eye-poppingly fantastic to begin with, and of course now it’s even more awesome. Here’s the list of confirmed bands as it now stands — and more names are yet to come — followed by an announcement concerning early-bird ticket sales:

The festival will take place at the historic Capitol Theater in downtown Olympia, and there will also be separate after-shows to occur at a smaller local venue, to be announced at a later date.

Here’s a further announcement from Migration Fest about ticket sales:

“General weekend pass sales will launch in March at the full price alongside the announcement of a finalized Festival lineup, both of which will be announced soon.

Thank you for your excitement thus far, we can’t wait to share this weekend with you.

Watch these spaces for more info:

13 Responses to “BREAKING NEWS: PANOPTICON WILL BE ONE OF THE HEADLINERS AT MIGRATION FEST IN THE BAND’S FIRST LIVE PERFORMANCE (PLUS NEWS ABOUT TICKET SALES)”