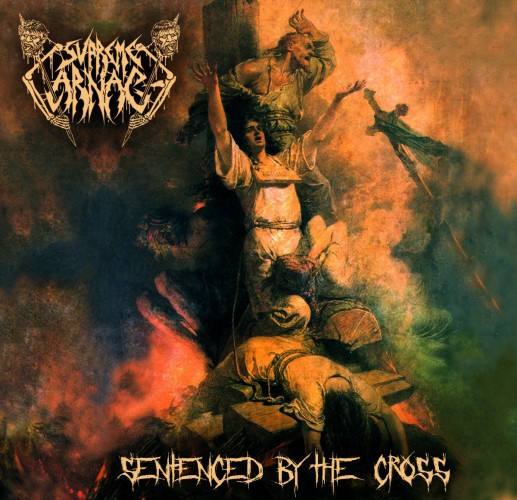 In mid-December we had the pleasure of premiering a full stream of Sentenced By the Cross, the new album by Germany’s Supreme Carnage, which has now been released by Redefining Darkness Records. Today we bring you another Supreme Carnage premiere — the new video for one of the album’s hard-hitting songs: “Skin Turns Black“.

“Skin Turns Black” is a great example of why Sentenced By the Cross is so much fun. It affects your head in many different ways: It slugs you in the head; it gets your head banging; and it’s laced with a dark melody that gets stuck in your head. It’s death metal that’s both grim and galloping, mixing heavy grooves and racing riffs with seductive guitar leads and a scintillating solo. 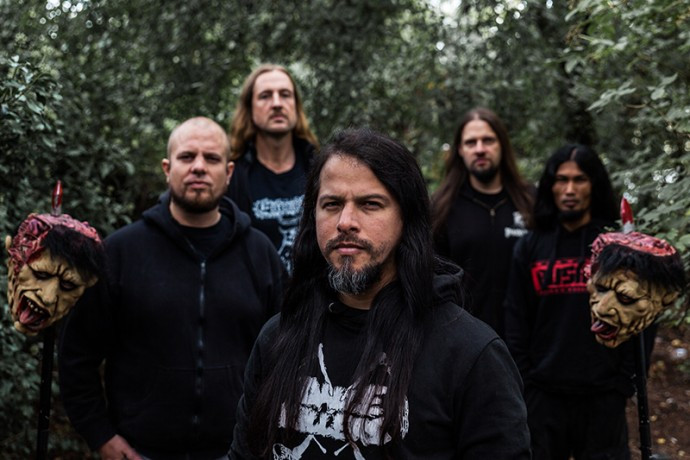 The new video, which was filmed by Doktor G, gives you a look at the band performing the song. The album can be ordered here:

And if by chance you haven’t dived into the full stream of Sentenced By the Cross, you can do that right after you enjoy the video for “Skin Turns Black”.