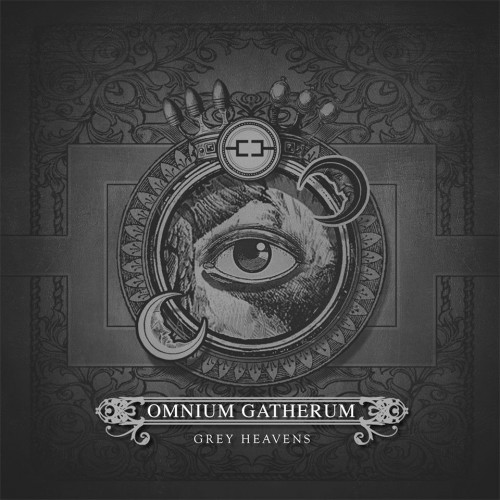 As you know, we’re not really in the business of publishing negative reviews here at NCS. In fact I think the very idea of publishing something wholly negative gives Islander heart palpitations.

Still, I have to say that Grey Heavens, the seventh album by Finnish melodeath titans Omnium Gatherum, is, without a doubt, a thoroughly frustrating listening experience.

There are times when it positively crackles with the band’s patented musical magic, driven by the same passion and energy that made The Redshift, New World Shadows, and Beyond such thrilling, electrifying albums, ably accented by characteristic tinges of proggy melancholy and shamelessly extravagant fretboard theatrics.

Unfortunately, there are also times (more than I’m really comfortable with, truth be told) where it limps rather than gallops along, with a much more uneven gait, hamstrung and prevented from reaching its full potential by a nagging feeling of over-familiarity and a sense of “been there, done that” which lingers like a vaguely unpleasant odour.

Like I said… it’s frustrating, fluctuating as it does between utterly stupendous, and unsatisfyingly stock in its delivery. But that doesn’t make it a bad album. Just an uneven one. 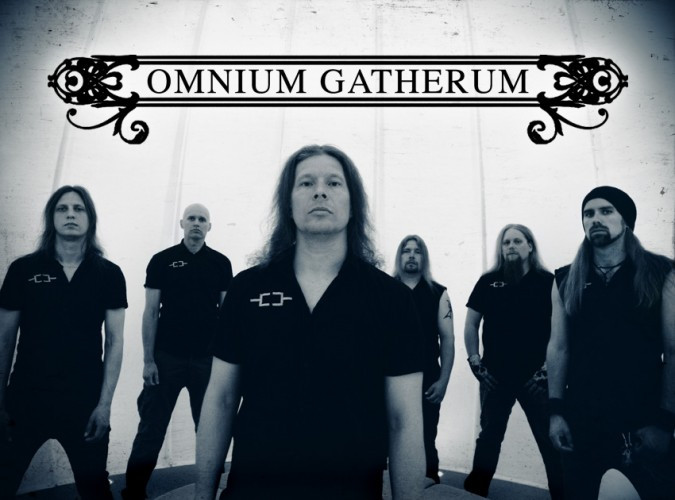 On the positive side of things I’m happy to declare that both opener “The Pit” and closer “Storm Front” are easily amongst the best tracks the fantabulous Finns have ever produced.

The former has a heavier, more forceful vibe to it than we’ve heard from the band in a while, reminiscent (after a fashion) of 2007’s Stuck Here On Snake’s Way (though far more polished, professional, and powerful in its overall delivery), while the latter is an absolute show-stopper of a track that positively crackles with electrifying intensity, showcasing as it does some absolutely fantastic interplay between the crunchy, muscular guitar work and the layers of darkly atmospheric keys which enfold them.

It’s just a shame that the rest of the album doesn’t manage to consistently live up to the same high standards.

Take “Skyline” and “Frontiers”. Both tracks are solid and enjoyable (at least on a superficial level), but that’s all they are. Solid, but unremarkable.

For example, “Skyline” definitely has a good head-nodding groove to it, as well as a (predictably) catchy chorus refrain, but… it’s impossible to ignore the fact that, consciously or unconsciously, it’s an almost beat-for-beat rehash of “Only For The Weak” by In Flames, and this striking (almost embarrassing) similarity drastically reduces its impact and effectiveness.

“Frontiers” also has its good points – the taut, thundering verse riff and stellar lead guitar work (particularly the fantastic outro solo) in particular positively sparkle with electricity – but the track as a whole feels extremely “by the numbers”. From the stylish, but relatively insubstantial, chorus to the predictable smatterings of clean vocals that pop up during the bridge, it ends up feeling more like an average Beyond b-side than it does a compelling new opus.

And that’s the central problem that afflicts Grey Heavens – the sensation that you’ve heard a lot of this material, or at least something very much like it, several times before.

The eight-and-a-half minute “Majesty and Silence”, for example, does its best to replicate some of the more progressive efforts of previous albums, but ends up feeling unnecessarily drawn out and oddly uneven in the final reckoning, with only certain sections truly hitting their mark (though the song does go to some darker places in mood and melody than you might expect, which is a point in its favour).

Similarly, the energetic “The Great Liberation” really sounds like it’s trying hard, but doesn’t bring anything particularly new or compelling to the table. The leads are as sharp as ever. The riffs have a thickness and girth to them that’s still generally enjoyable to hear. But the whole package is just a little bland by the band’s usual standards, and there’s not a single element of the song — not the flittering keyboard melodies, not the growled vocal hooks — that doesn’t sound like something the band have done before… and done better as well.

I don’t want to give the impression that the album is a complete loss, however (though you could cut the instrumental “These Grey Heavens” and lose nothing by doing so), as not one of the songs I’ve just mentioned really qualifies as “bad”, per se. At worst they just feel a little lacking in that singular “spark” that characterises the band’s very best work.

You’ll be happy to know, however, that the rest of the album’s tracks are where the real magic happens.

I’ve already pointed out that “The Pit” and “Storm Front” are both fantastic songs, equal of anything the band have done before. However, you should also be aware that “Rejuvenate!” and “Ophidian Sunrise” are almost as good, with the former bringing back the same heavier vibe as the opener, again reminiscent in places of 2007’s transitional Stuck Here On Snake’s Way (albeit brought firmly up to the cutting edge of the modern era), while the latter’s anthemic melodies and hook-hewn riffs feel more like a natural extension and progression of the sound brought to fruition on Beyond, pushing things ever so slightly in a more solemn, proggy (and promising) direction in the process.

It’s also worth noting that “Foundation”, though not quite on the same level as the tracks I’ve just mentioned, is another kick-ass number — even if it does feel a little like a lost track from the New World Shadows sessions in its prototypical melding of beefy, groovesome riff work and gleefully ostentatious keyboard/guitar melodies – that more than justifies its presence on the album, and definitely helps pull the overall package back into the positive side of the equation.

So the final assessment – is Grey Heavens worth your time and your money?

Yes, but (there’s that word again)… it’s not a scene-stealer like its predecessors were. And I say that as an avowed and unabashed fan of the band.

Still, they say that forewarned is forearmed, and you’d be missing out on some prime cuts of proggy, shamelessly infectious melodeath if you decided to skip this one entirely, as tracks like “The Pit” and “Storm Front” are (almost) worth the price of admission on their own.

Half killer, and half filler, ultimately Grey Heavens is neither a bad album, nor really a “must buy” release (though it certainly has its moments), but one that seems destined to occupy a suitably… grey area… in the band’s catalogue.

Grey Heavens is set for worldwide release February 26, 2016 via Century Media Records. Physical pre-orders are available here, and digital pre-orders can be placed at iTunes.