The person behind Death Fetishist is the prolific Matron Thorn, who is also the principal driving force in Ævangelist as well as the protagonist in a large number of solo projects, including Benighted In Sodom. He is the vocalist in Death Fetishist and performs all the instruments other than drums and percussion, which are handled by Grond Nefarious. 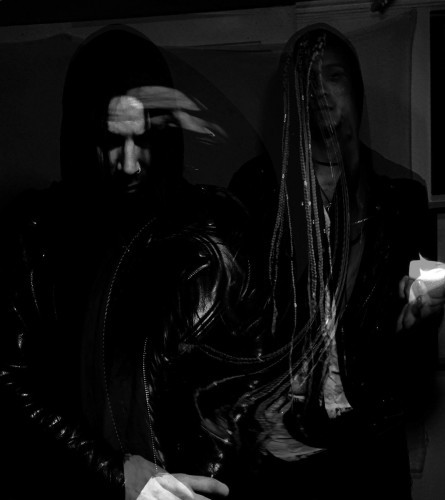 It doesn’t take long for the driving drum rhythms and dark, swinging riffs in the song to sink their hooks in your head, while splashes of ambient synthesizer deepen its aura of otherworldly menace. There is a haunting kind of beauty in the streamers of melody that segment the high-intensity storming that comes from the lashing, writhing guitar chords and pummeling beats, while Thorn’s truly ghastly growls amplify the music’s sense of ravenous threat (though the song briefly includes clean vocal tones as well) . 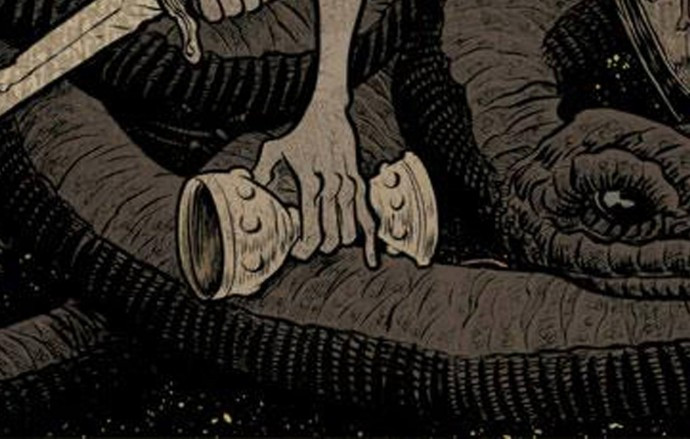 I’ve been following Indiana’s Ptahil for years, though it’s been a while since the band released a new studio recording, with 2014’s Born Against being their last full-length. However, it appears that a new album is in the works. Bearing the title PanDaemonAeon, it will include cover art by Mark Rudolph, a detail of which (above) was recently posted on Ptahil’s Facebook page.

The band have also provided a small peak inside the new album through the release for streaming of one section of the album, a rough mix of a song called “Desacralizing in the Name of a Monotheistic and Monetized God (Genocide and Suppression)“.

Introduced by ritual pounding and a serpentine melody, the song is a burning flame of satanic black chaos. The vocals — whether snarling, growling, or rising in passionate yells — are utterly savage and incendiary. But while the music’s slashing guitar work, vocal intensity, and galvanizing drumwork definitely summon a kind of fierce draconic wildness, the song’s sinuous melodies are also mesmerizing. Electrifying music from start to finish.

I learned through an alert from Bandcamp that an anxiously awaited split release by Germany’s Waldgeflüster and Minnesota-based Panopticon is now visible on the horizon. It will be released by Nordvis on March 11 and includes two songs by each band.

The first of Waldgeflüster’s tracks, “Der Traumschänder”, appeared on Bandcamp the day I received that alert, and it will catch you up and sweep you away. Sometimes it’s like a galloping ride on a wild stallion through a dramatic wilderness, with a panoramic and atmospheric sweep to the sound. Sometimes it’s lilting and reflective, with a beautiful acoustic guitar and violin duet. Sometimes it’s a swirling dance. And the vocals are just as varied, ranging from black metal snarls to clean vocal harmony.

I discovered this next release thanks to yet another recent Bandcamp alert. It’s a debut album named Cendres Célestes by a Québec band called Cantique Lépreux, and it’s set for release by the Eisenwald label on March 18.

Though the Bandcamp page doesn’t yet have song streams available, the band previously put two of the tracks on YouTube, “La meute” and “Tourments des limbes glacials”, and both are excellent. It’s dramatic music, steeped in melancholy and emotionally affecting, but also charged with electrifying vitality. And the inflamed, impassioned vocals are as excellent as the entrancing beauty of the melodies.

I mentioned above that the Waldgeflüster track is capable of picking you up and carrying you away, and the same is true of these two songs — they’re transporting.

Pre-orders are now available through Bandcamp: 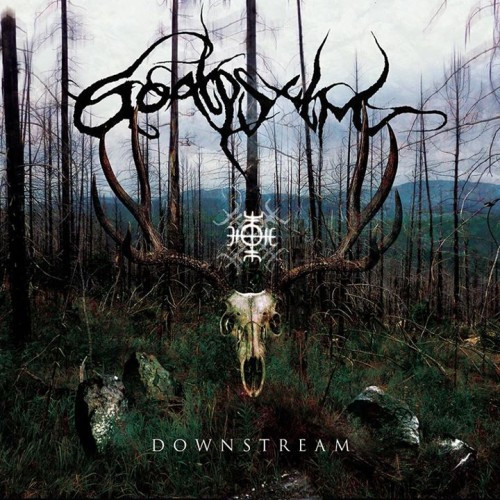 I’ll make this last item a quick one.

Last August I fell in love with an album named Downstream by a part-Russian, part-Ukrainian band named Goatpsalm. After months went by I finally built up the energy to review it in print (here), and today Invisible Oranges launched a full-album stream. To quote myself (because who else will?):

“The music of Goatpsalm is spacious, mystical, shamanic. It conjures images of aboriginal rituals, as if holding the keys to dark communions with nature and with spirits that have been long lost to time…. It’s the kind of album that really will carry you away. In your head, you’ll be far downstream from where you started by the time it ends — and for me it has been a trip worth repeating. I haven’t heard anything else quite like it this year.”

After some delays, the album is finally being released on February 29 by Aesthetic Death Records. Be good to yourself and go listen to it here: