I don’t suppose Amorphis really needed to make a “comeback” album. They haven’t really gone away, and the massive core of their fan base has never left them. But I still think of Under the Red Cloud as a comeback album. 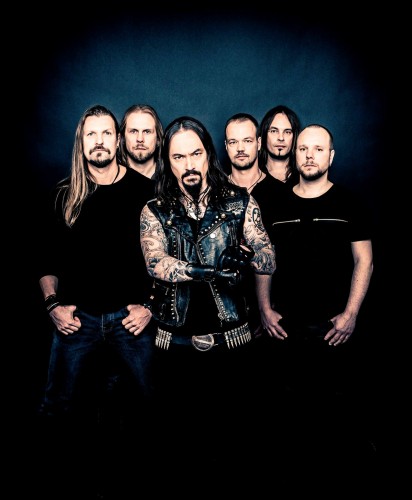 And by that I mean that it more consistently reminds me of the band’s finest hours than the last album did. In saying that, I suspect I’m influenced in part by the absolute delight I experienced in seeing their live performance at last year’s Maryland Deathfest. They were really good, and brought back the kind of feelings I had when I first discovered their music as I was beginning to get into extreme metal.

Under the Red Cloud is loaded with memorable songs, but this is the one I find myself going back to the most: “The Four Wise Ones“. 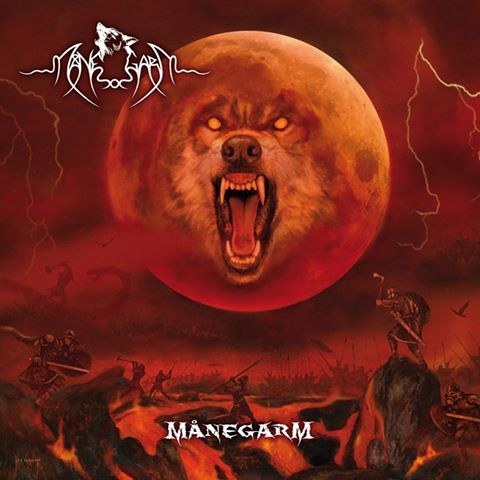 For people who are regular visitors to our site, this next pick will seem to come out of deep left field — because we didn’t review the album and I didn’t even include songs from it in any of the jillions of new-music round-ups I wrote last year. I didn’t even discover the song until near the end of the year — but it really has grabbed me.

The song is “Blodörn“, and it’s the opening track on the 2015 album by Sweden’s Månegarm, which was self-titled despite the fact that it was the band’s eighth studio album in a career the reaches back to the mid-’90s.

If this doesn’t get your blood pumping, I’ll be surprised. When that mighty riff comes in after the entrancing introduction, I get goosebumps every damned time… and the soaring chorus is heart-swelling.

The last song in this trio comes from a wonderful album named Tenebrosum by New Jersey’s Windfaerer, and it happens to be a song that we premiered last year: “Celestial Supremacy“. I thought the song was great the first time I heard it, and I still get a charge out of hearing it eight months later. To crib from my own write-up about the track:

“With hammering riffs, thundering drums, and a squalling lead guitar, “Celestial Supremacy” immediately conjures vivid images of storm-tossed seas. The music is accented by Ben Karas’ violin performance, which is both beautiful and searing, while guitarist Michael Gonçalves’ passionate, bleeding-edge howls and shrieks enhance the music’s driving intensity. There is blood-pumping fury in the song, as well as captivating melody, as the band weave together elements of black metal and melodic death metal to produce a riveting, powerhouse piece of music that hits with the force of a gale.”

If you’re unfamiliar with the album, I encourage you to go explore it on Bandcamp: