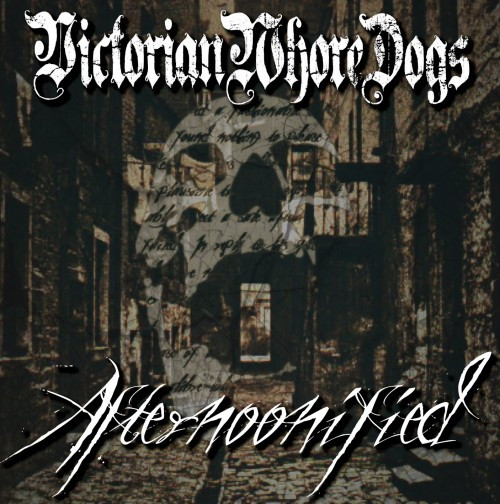 Victorian Whore Dogs are not a new exotic breed of canine, although you can’t help but wonder what such a creature might look like and how risky it might be to take them for a stroll in the park. No, Victorian Whore Dogs are a UK metal band from Guildford whose debut album Afternoonified is due for release at the end of March. What we have for you today is a rousing new video for a song from the album named “I Have Become…”

Last year the band won the Reading Bloodstock Metal 2 the Masses competition, which earned them the right to perform at the Bloodstock Festival on the New Blood Stage — and that’s where this video was filmed.

With a name like Victorian Whore Dogs, you don’t expect to see a band solemnly rooted in fixed positions on the stage, dishing out glacial drone to an equally rigid audience with arms crossed and eyes closed. And in fact, that’s not what happens. 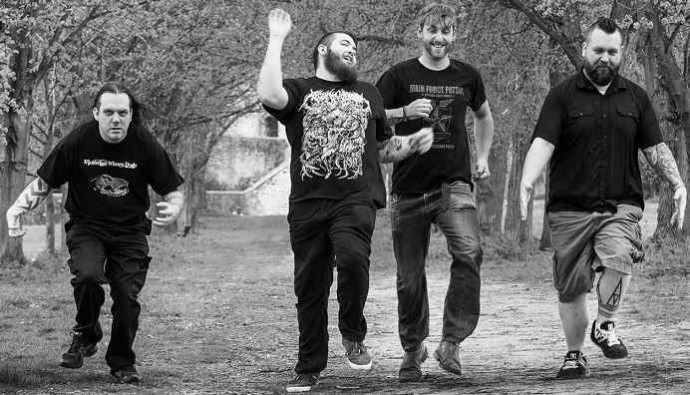 Although VWD stick to a slow (and slower) pace on “I Have Become…”, burly frontman Danny Page is quite animated, and kind of debauched, as he cavorts around the stage shrieking his lungs out and growling like a bear. While he’s doing that, the equally burly riffs and hammering rhythm section deliver a sludge-doom pounding.

It’s hard to divorce the music from the visuals, but the song may come across to you as depraved and dissolute as well as ominous and heavy — and that might be exactly the point.

Afternoonified will be released on March 31 by Hibernacula Records, and you can order it HERE.

One Response to “AN NCS VIDEO PREMIERE: VICTORIAN WHORE DOGS — “I HAVE BECOME…””