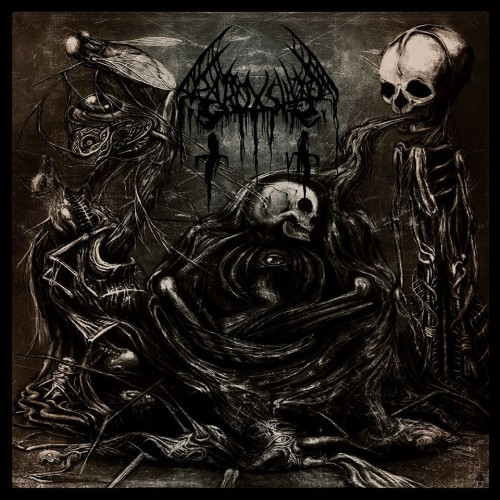 Some bands hit the nail on the head so hard in picking a name for themselves that it goes right through the wall and out the other side like a bullet. Paroxsihzem is one of those bands. On their new MLP, Abyss of Excruciating Vexes, they have reached new heights of convulsive sonic violence. Yet in the song from the MLP that you’ll soon hear, they prove their ability to create music that’s insidiously addictive as well as cataclysmic.

“Isolation” is a typhoon of frenzied riffs, a torrent of double-bass thunder, a lightning strike of shrieking solos, all of it shrouded in a thick fog of distortion. Through the hurricane of sound, the lyrics are methodically intoned by a gruesome, cavernous voice.

But while you’re being tossed and battered by this thick, black storm of savage sound, you’ll find some things to hang onto (for dear life): the rhythmic snap of the snare drum; the sinuous rise and fall of the lead guitar (like poison coursing through the veins); the deep thrum of the bass. 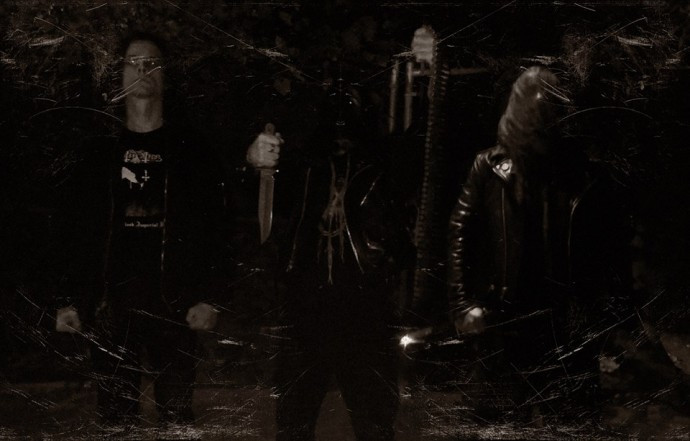 If you were a fan (as I was) of Paroxsihzem’s 2012 debut album or their 2014 split with Adversarial (Warpit of Coiling Atrocities), you’ll eat this up. You may even be more gluttonous than before in your appetite for it. Abyss of Excruciating Vexes is described by Hellthrasher Productions as “a bridge to the band’s next full-length album”, representing a “new direction” — “faster, more violent and vicious than anything they have done before”. Truth in advertising.

Abyss is due for release by Hellthrasher in March, strictly limited to 250 vinyl copies in two color variants. As on previous releases, the artwork is by the band’s vocalist Krag, and the music was mastered by Damian Herring (Horrendous).

Another track from the MLP, “Bellicose Psychosis”, is also available for listening, and I’ve included that track stream below our premiere of “Isolation”.