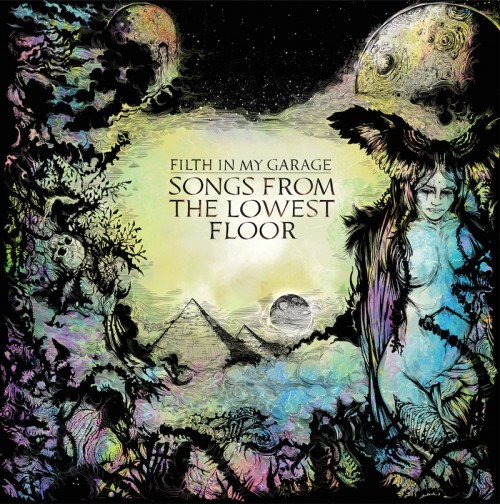 At the end of this post you’ll find our North American premiere of Songs From the Lowest Floor, the debut album by an Italian band named Filth In My Garage. The music is different from what we usually write about here, but this album hit me the right way, which is to say right in the teeth, leaving my brain rattling in my skull. And then there’s the artwork.

For each of the album’s nine songs, vocalist and visual artist Stefano Bonora created a separate piece of art, no two of them even in the same style, but all of them intriguing and well-matched to the lyrical content of the tracks. Here are three of them (in addition to Stefano’s eye-catching cover art above): 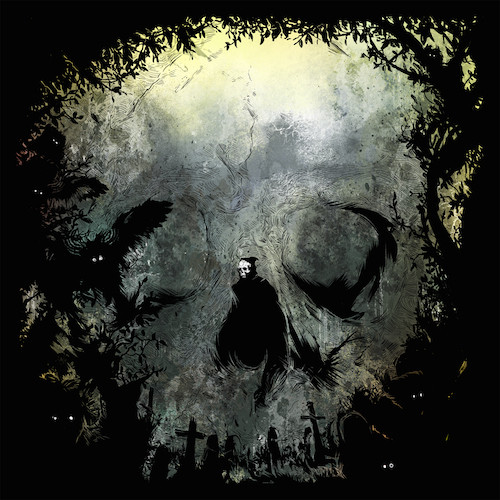 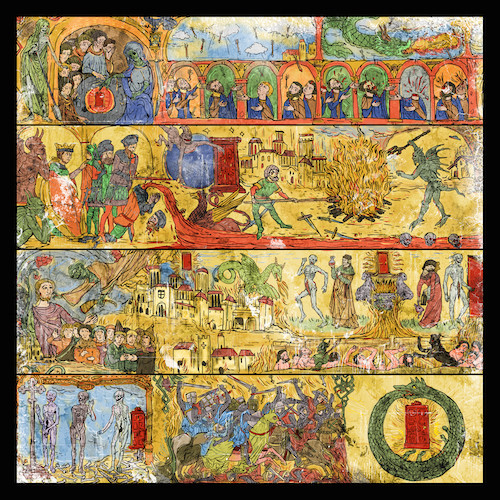 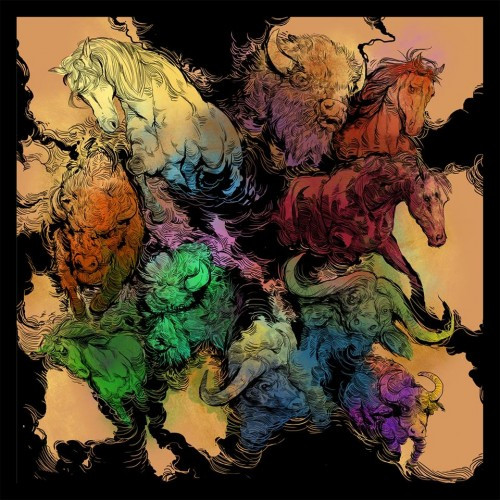 As for the music, it combines burly riffs coated in a thick layer of fuzz; sludgy, gut-rumbling bass; hard-slugging drumbeats; and dissonant guitar melodies that create a sense of uneasiness, like the sound of claws raking down a chalkboard just as the power fails and the lights in your home blink out — except you realize you don’t have a chalkboard. At judiciously chosen moments, the pall of discordance lifts, and the guitars begin to chime in a way that approximates rays of light glimmering through the storm of bleakness.

There’s not much light shining in Stefano’s vocals, except on those rare occasions when his voice turns clean in tandem with those melodies that shine instead of disorient. For the most part, he voices the lyrics in blood-spraying shrieks — a volcano of rage, agony, hopelessness, and exhortation.

In conventional genre terms, you could think of the music as a hybrid of post-hardcore and noise rock, with some of the weight of metal rumbling in the gears. It’s full of energy and strong emotion. I hope it will hit you the right way, as it did me. 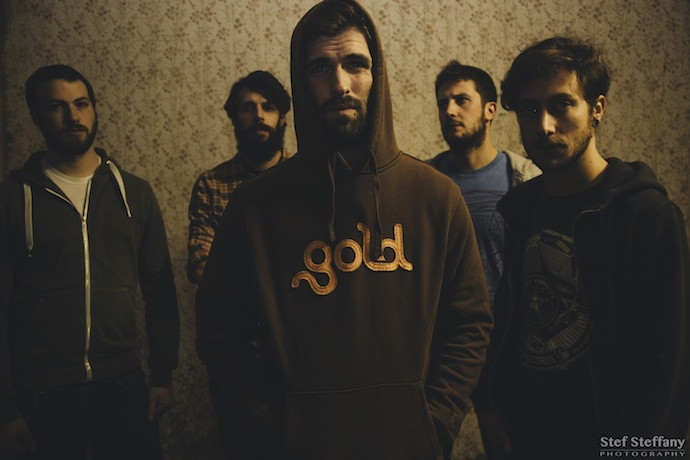 Songs From the Lowest Floor will be released on March 4 by Argonauta Records. You can pre-order the album in a variety of formats via the hyperlinks below:

CD (via Argonauta)
Vinyl (via Epidemic Records)
Digital (via Bandcamp)

2 Responses to “AN NCS ALBUM PREMIERE: FILTH IN MY GARAGE — “SONGS FROM THE LOWEST FLOOR””