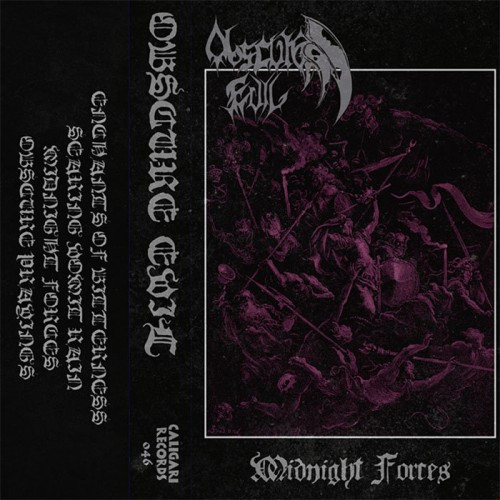 Midnight Forces is the first release by a band from Lima, Perú, named Obscure Evil. The dark lord willing, it will not be their last — because it’s hellishly good.

Caligari Records will be the courier for this bat-winged blast of savagery, releasing the album on March 11 in the form of a pro-tape cassette limited to 150 copies. What we have for you is a chance to hear all four tracks before parting with your hard-earned money. 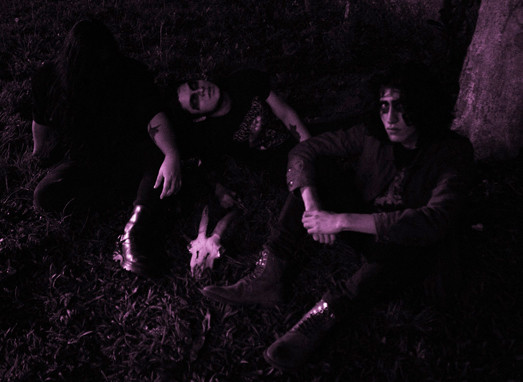 As you will hear, Obscure Evil have tapped into a rich vein of raw, venomous thrash, tinged with the obsidian gleam of first-wave black metal. The riffs in these songs are electrifying — there’s no better word for it. And while the riffs and superheated soloing are the fast-beating heart of the music, the rhythm section is just as attention-grabbing, with organic-sounding drum bursts and the clash and crash of cymbals amping the music’s energy. To add a further layer of ferocity to this boiling cauldron of poison, the reverberating vocal howls conjure hallucinations of a red-eyed demon exhorting this horde to further extremes of blood-lusting mayhem.

It won’t take long to jump on board this rollicking ride and be propelled along its explosive course. It also won’t take long to figure out that Obscure Evil know how to write songs that are both dynamic and ridiculously infectious. These dudes are the kind of plague carriers you really don’t want to leave as soon as they do. And when you see Caligari Records dropping references to early Slayer, Bulldozer, and Sepultura, you may find yourselves nodding in agreement. 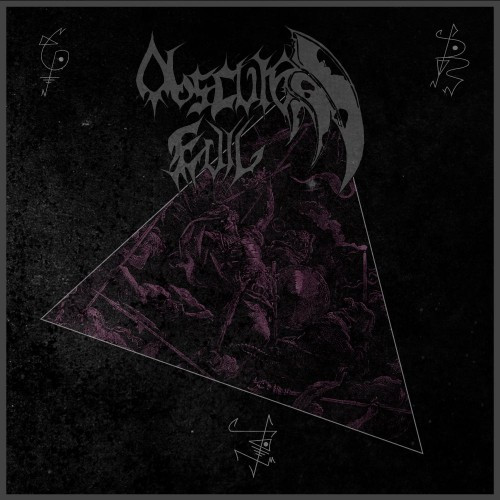 For more info about the band and the release, check these links, and to pre-order the tape, go HERE.