With their new album Vulturine, Finland’s Draugnim have created the kind of music which takes that jaded, sour, petulant roommate in the tenement of your mind, kicks it to the street, and rouses that part of you (maybe long dormant but not quite dead) that yearns to go out and fight for something glorious — to defy the odds and cast caution to the wind, even if blood and death loom ahead. But the music is also as heart-breaking as it is heart-swelling, as tragic as it is vengeful and warlike.

It’s the kind of particularly Northern European blending of black metal, melodic death metal, and folk metal (aka “pagan metal”) that brings to mind, and fully merits, that much-used word “epic” — but it’s so full of fiery passion and genuine conviction that it never becomes theatrical or calculatingly bombastic. It’s an intense, intensely moving, and deeply memorable experience. 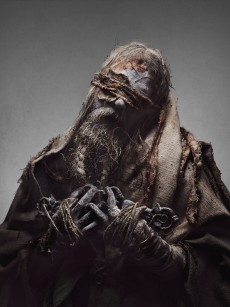 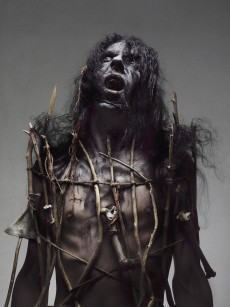 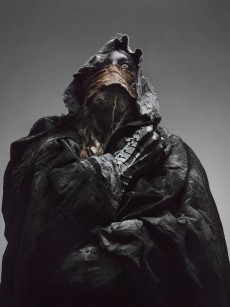 The album plants its tattered flag in the ground with the very first track, “The Name Is Hate”. The sound is immensely powerful, with riffs at the start that could almost pass for a trumpet fanfare and a guitar melody that’s immediately infectious. It’s a blood-pumping piece of savagery that’s made for headbanging, yet with a soaring keyboard melody that’s a match for the hugely seductive appeal of the central guitar motif.

Even in this tremendously heroic and inspiring song, there’s also something haunting at the edges of the music, like a phantom, something that signifies loss and longing. That melancholy aspect of Draugnim‘s music becomes dominant elsewhere on the album. “Grief Unsung” is a prime example of the more somber, doom-stricken side of the album, like a lament of massed voices around a funeral pyre. Accented again by a beautiful, sweeping keyboard overlay, the riffs move in huge, long swells, with a lead guitar melody that’s soulful and somber.

The closing track “Serpent Stone” is a slow and stately march that’s dramatic and gripping, marked by a piercing, bereaved melody executed with a warm, clean guitar tone that contrasts with the song’s huge, heavy, distorted backdrop. But like the song that precedes it (“Drums of Black Death”), this album finale becomes more intense, ravaging, and anthemic as it approaches the end.

All six of the songs on Vulturine are long — most of them in the seven-to-nine minute range — and yet I still didn’t want any of them to stop. They’re all powerfully moving. I haven’t yet mentioned the vocals, but they’re a vital part of the music’s appeal. Chimedra’s versatile expressions rise up from warlike, gravel-throated death growls to high, lung-rupturing howls of agony, matching the high-voltage emotional intensity of the music.

An air of grim, blood-stained majesty surrounds Vulturine. By the album’s end, you’ve breathed it so deeply that when you awaken from its spell, the life around you may seem very drab indeed. How fortunate that it will still be there, waiting for you to press play again.

Vulturine is out now via Debemur Morti Productions, with cover art by Cold Poison. It can be ordered on vinyl and CD here. The digital edition is also now available on Bandcamp: