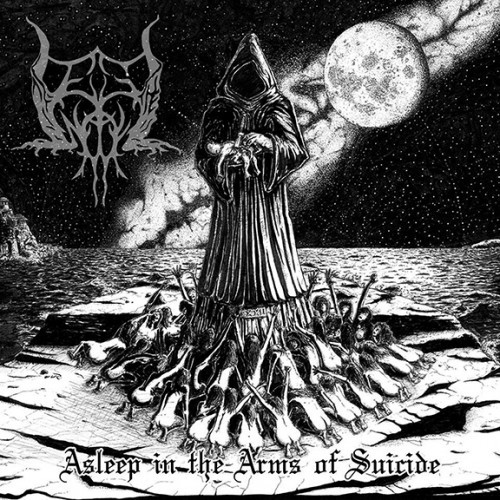 Black metal has morphed into so many different manifestations that you can’t make general statements about the genre any more (and maybe you never could). But there’s a certain long-lasting strain of the black plague that appeals to me because it’s both hot and cold at the same time — searing in its speed and intensity, yet cold in the bleak, doomed, misanthropic aura generated by the melodies. That’s the character of “Coils of the Noose“, the new song by Rhode Island’s Bog of the Infidel that we’re premiering in this post.

The song appears on the band’s second album, Asleep In the Arms of Suicide, which will be released by Eternal Death Records on April 8. I think you’ll hear what I mean quite clearly, but I’ll also share these comments from the band about the song: 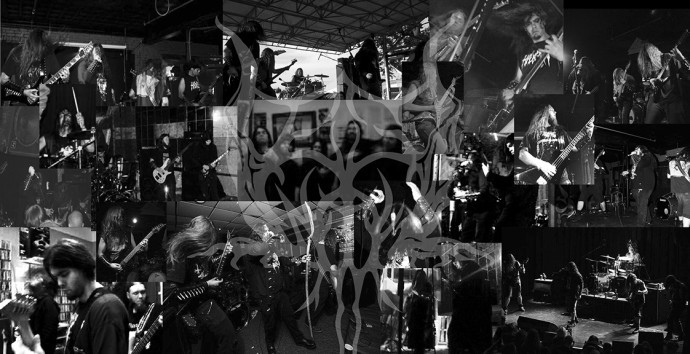 “Threads of Cognizance
Weave the rope…
Is there any life left to suffer?”
“Coils of the Noose” describes a bleak and depressive madness that leads to the ending of life.

“Here I sit with misery
Tying knots and plotting my own destruction.”
This theme is woven throughout the album, which was largely inspired by dreamscapes and the tedium of waking life where the act of existence no longer justifies itself.

Listening to “Coils of the Noose” is like being caught up in a whirlwind of emotional turmoil. It combines blowtorch intensity and waves of longing and loss. The flensing, tremolo-picked riffs are fast and scorching; the snare hits pepper your ears like bullets; the double-bass blasts resemble anti-aircraft fire; the high guitar melody comes across as a war cry — it ripples almost like the trilling of bagpipes leading a hopeless infantry charge. But that aura of despair and doom somehow surrounds the song as well — the cold that’s not banished by the heat.

If you like what you hear, the album can be pre-ordered digitally or on CD via the Eternal Death Bandcamp link below. And if you’re in the vicinity of Providence, Rhode Island, turn out for the album release show on April 9 (where Bog of the Infidel will be performing with label mates Haxen). Event info is available here.

4 Responses to “AN NCS PREMIERE: BOG OF THE INFIDEL — “COILS OF THE NOOSE””