I certainly wouldn’t go so far as to suggest that you forget the conceptions you may have formed if you heard Lowgazers, but this new album is really something else, to be approached with fresh ears. 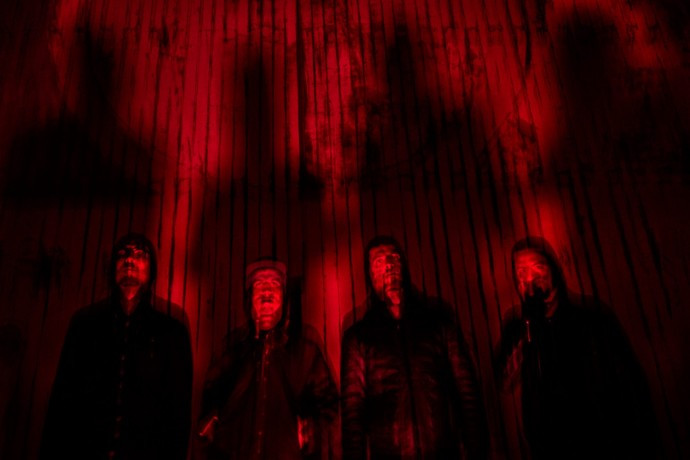 The third track on the album is “Tributes and Oblivions”, and it premiered last week at Stereogum. Turbulent, dissonant, head-blasting, spine-rumbling music that’s sludgy and shrieking. Wild, harrowing, heavy, and alive. (I’m sure I’ve overlooked some adjectives, but I’ll probably write more later and think of them then.) 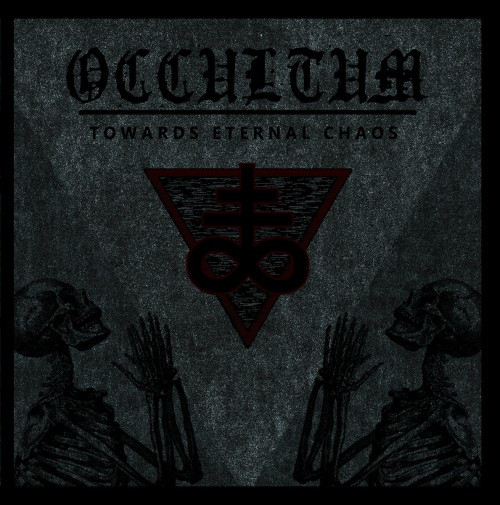 My Serbian friend “M” introduced me to the music of this band from Toruń, Poland. Their debut album Towards Eternal Chaos was released late last month by Old Temple and is available on CD and digitally on Bandcamp.

The heavy-as-hell fire and thunder of “End of Light” sunk its fangs in my neck almost immediately. It pulses with feral energy, mixing huge pile-driving riffs and flickering guitar melody, booming bass notes and unhinged vocal madness. And the drums hit with the force of a rolling earthquake.

I fell so under the power of that opening song that I listened to it three times before moving on to the rest of the album. You’ll be happy to know that it’s not an outlier. These guys know how to write dynamic, memorable songs, and their skill as performers is abundantly evident. All of the songs have visceral power and passion, as well as including technically impressive instrumental acrobatics.

And did I mention that the vocals reach heights of sheer, blood-spraying insanity? I guess I did mention that, but there are also soulful clean vocals lurking in here as well.

In short, Towards Eternal Chaos is a rocking, ravaging, riveting surprise that needs to be spread like the plague. (If you want to get a quick sense of just how much variety Occultum pack into their music, I’d suggest the last song “Gehinnom Gate” — but you really can’t go wrong with any of these tracks.) 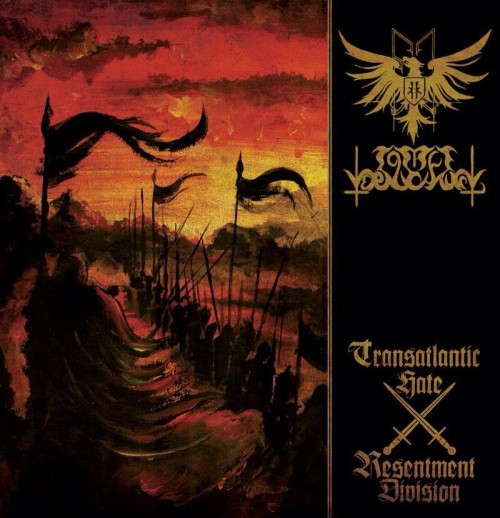 I thank my Norwegian friend eiterorm for alerting me to this next song. It’s by the two-man Chicago black metal band FIN, who I’ve been following for a while (previous reviews are collected here). This song is the first new music since the band’s excellent 2015 album The Furrows of Tradition. Its name is “Minstrels” and it appears on a vinyl split with the one-man Austrian band Totale Vernichtung called Transatlantic Hate & Resentment Division, with cover art by Misanthropic-Art.

The song’s opening is steeped in sorrow, with the air of a medieval lament, complete with choral voices. That exotic melody and those massed voices persist even when the drums begin to blast and the guitar begins to spew streamers of high, electrifying melody. A thoroughly riveting and fascinating piece of music… and when you hear it, the song’s title makes some sense. 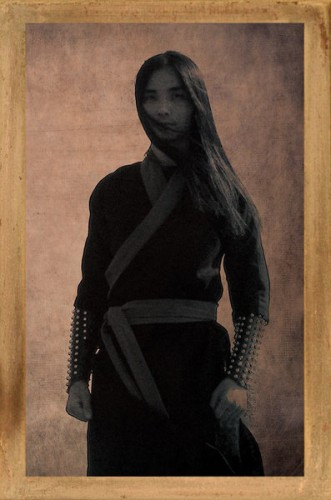 To finish this collection of music in the orbit of black metal, I’m revisiting yet another band I’ve written about before in Shades of Black: the one-man band HolyArrow — the creation of Shi Kequan from Amoy (aka Xiamen) on the southeast coast of The People’s Republic of China.  If you haven’t yet listened to HolyArrow’s January 2016 debut album Oath of Allegiance, I recommend you do. But the most recent release is a cover of the song “Blood of Christians On My Sword” off the 1995 album Thousand Swords by the Polish band Graveland.

I confess that even after hearing HolyArrow’s cover, I still haven’t listened to the original version of the song — though I will. But I’ve fallen hard for this very memorable cover. It’s a fire-breathing, hell-for-leather gallop, with great guitar work, blood-pumping drums, and face-peeling vocals. I hope HolyArrow plans to release the song in some fashion so I don’t have to be tethered to the internet whenever I want to hear it (which has been happening once a day for weeks).