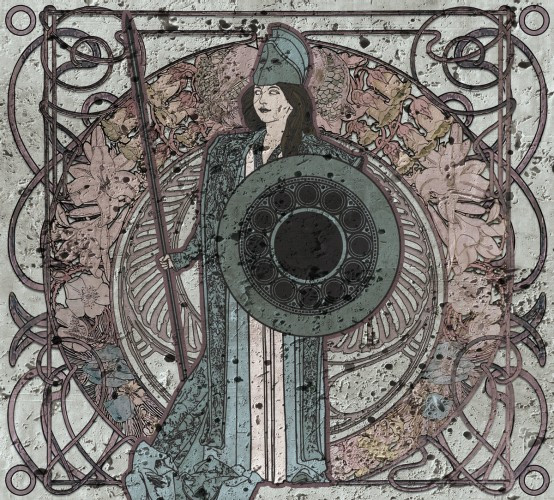 The massive, groaning riffs and beguiling melody grabbed me almost instantly — and then the vocals began. At first I was downcast; I was hoping for some cavernous growls. And then something strange and wondrous happened. 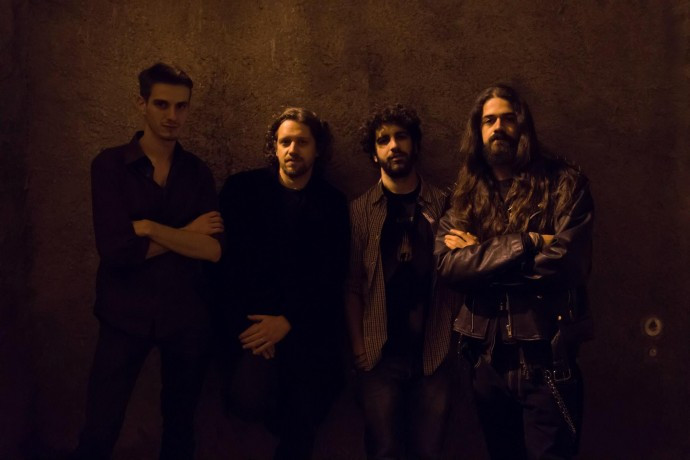 At first, the clean, almost-spoken vocals drifted like mist over the softened music, but when they rocketed skyward as the doomed heaviness returned, I got chills up and down my spine. And despite my general disdain for most clean vocals in metal, in this entrancing song they are one of the chief attractions (along with the sublime melodic guitar solos).

The band explain that each song on Rituals is “an Ode to a divinity of the Roman Pantheon” and that the album as a whole “is dedicated to the God Bacchus”. It will be released by Avantgarde Music on the Ides of March (digipack CD with a booklet curated by Francesco Gemelli). 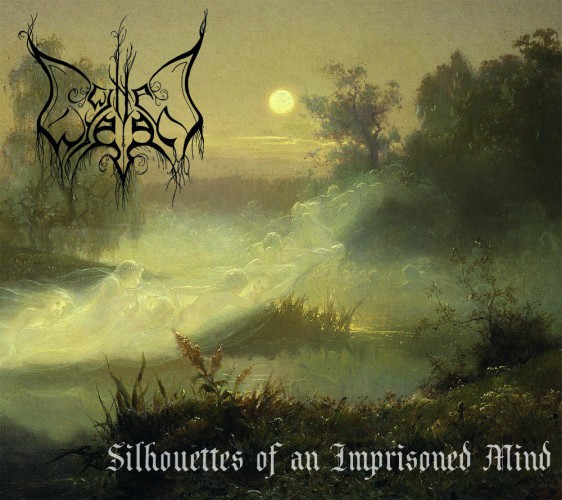 Witte Wieven is a Dutch band (it seems to be a one-woman project), and the music below is a full stream of the band’s debut EP, entitled Silhouettes of an Imprisoned Mind, which was released via Bandcamp on January 10, 2016, and features a painting by August Malmström as the wholly appropriate cover art.

It’s wholly appropriate because the music is indeed ghostly — and beautiful. Perhaps best summed up as an offering of somber, atmospheric black metal, the songs combine low, gravelly riffs and grumbling bass lines with waves of guitar melody that shimmer and mesmerize, accented by beautiful, haunting clean vocals and such things as keyboard notes that sound like a harmonica (or perhaps an accordion) and spectral ambient tones.

The songwriting is very good — the three songs are each quite distinct and memorable — and so is the production. It’s easy to lose yourself in this otherworldly dreamscape of lost souls and restless spirits.

(Thanks to my Serbian friend “M” the link to this album.) 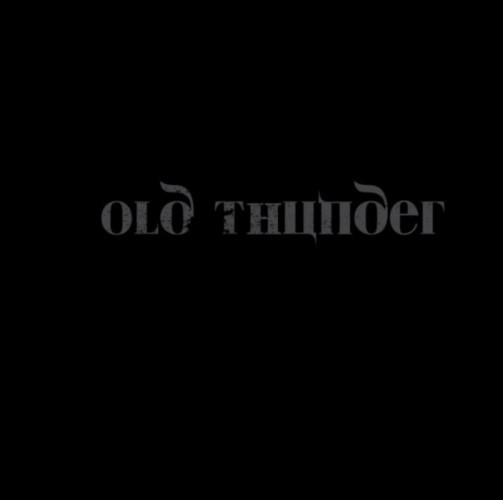 “Oncoming Storm” is the name of a single released on January 13 by a one-man band from northeastern Kentucky named Old Thunder — the one man being vocalist and multi-instrumentalist Dustin Grooms. It is the first of a series of individual tracks that will be released in succession leading up to a planned debut album later this year; I discovered it through a Facebook link by the band Ecferus.

Old Thunder has previously released two EPs and a split, but I haven’t heard them. This new song is really damned good, though. It’s a heavy lumbering beast of sludge/doom, with riffs as thick as girders and pulsating guitar notes that generate a building sense of unease. Groom’s jagged shrieks enhance the song’s grim aura of emotional collapse and encroaching calamity. And the thing is poisonously infectious, too. 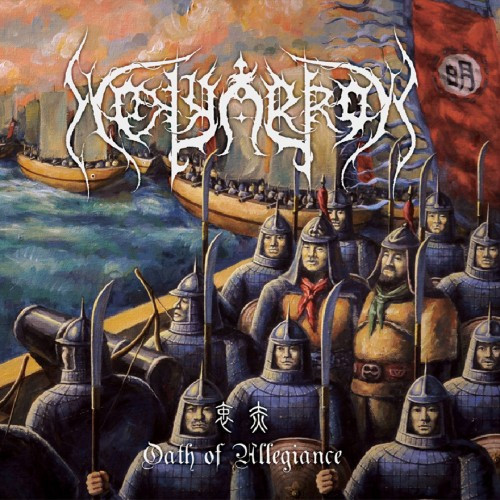 This makes three bands in a row in this collection created by a solo artist. Here, the artist is a man named Shi Kequan from Amoy (aka Xiamen) on the southeast coast of The People’s Republic of China. The name of his band is Holyarrow.

Holyarrow released a single last year and just yesterday released a debut album on Bandcamp named Oath of Allegiance. Based on an interview I read after listening to the album, it tells the story of a war that occurred from 1645 – 1660 between the Ming Dynasty — led by a military commander named Koxinga — and the forces of the Manchus. The lyrics are in Hokkien, the Chinese dialect spoken in Amoy and elsewhere.

The music is a match for the warlike saga that provides the album’s conceptual underpinning. It’s dramatic — dare I say “epic” — black metal that combines sharp-edged savagery with sweeping, panoramic melodies and riveting vibrato guitar motifs that stick in the mind. Making your way through the album is like being witness to an elaborate theatrical pageant with multiple acts, and compelling riffs as the star-studded cast. The songs race, ravage, and rock. They signify striving, triumph, and loss.

“Chapter II” happens to be my favorite, but Oath of Allegiance is solid all the way A wonderful new discovery.

(Thanks again to “M” for recommending this album, and the next two releases in this collection.) 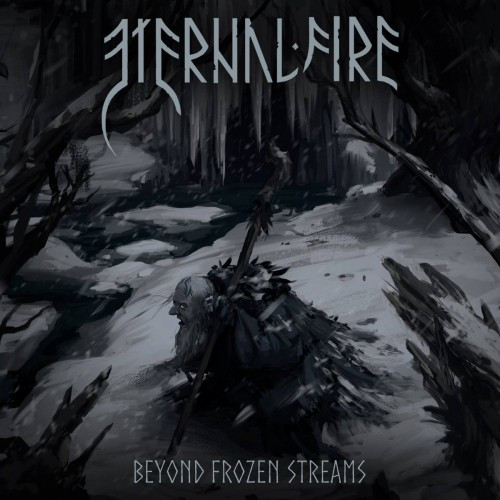 And now I’ll turn to a couple of older records.  This one, Beyond Frozen Streams, is the first demo recorded by a band from Bucharest, Romania, named Eternal Fire. It was originally released in July 2015 and is now available on Bandcamp.

I really enjoyed every one of the four songs on this EP. It’s heart-pounding, heart-swelling music — the kind of keyboard-accented pagan metal that delivers both emotionally compelling melodies and plenty of ferocity (thanks in part to the savage, serrated vocal tirades). Every one of these songs features melodic guitar hooks and keyboard measures that are gripping, albeit melancholy, as well as thundering rhythms that make you feel like you’re hanging on for dear life in a horseback charge through snow-laden woods. 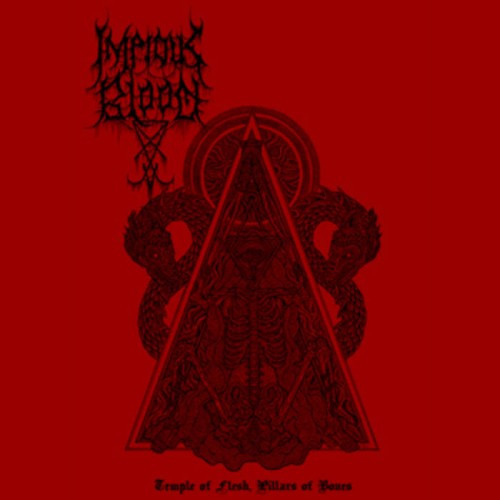 The last selection in this grouping is an EP named Temple of Flesh, Pillars of Bones. It was released in June 2013 by a two-man band named Impious Blood now based in Baling, Malaysia.

The EP includes five tracks — a brief intro piece, an interlude, an outro — and two full songs. The two full songs bring a bleak onslaught of blackened death metal with a heavy component of doom and a lot of inflamed and inhuman vocal menace. It’s crushing, eviscerating music with standout riffs. And those three “ambient” pieces are so grim and disturbing in their own way that they make fine companions for those two bone-grinders.

I’ve seen indication on Impious Blood’s Facebook page that they are working on a new release. It can’t come soon enough, as far as I’m concerned.