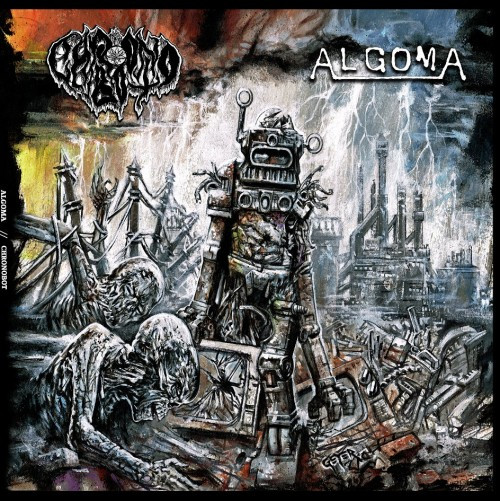 AlgomA are a “despair-fueled sludge” band from Sault Ste. Marie in Ontario, Canada. Chronobot are purveyors of “noisy, spaced-out stoner doom” from Regina and Prince Albert in Saskatchewan. They have joined together on a new split release that will become available on vinyl and as a digital download on April 1 — and today we bring you the premiere of one track from the split by each band.

As you’re going to discover, although there are definite differences in the approach of these two bands, this split makes a lot of sense, too — because both bands are soul-crushingly heavy.

AlgomA’s debut release was the full-length album Reclaimed by the Forest in 2014. Their two tracks on the split are “Phthisis” and “Electric Fence”, and what you’re about to hear is the first of those. 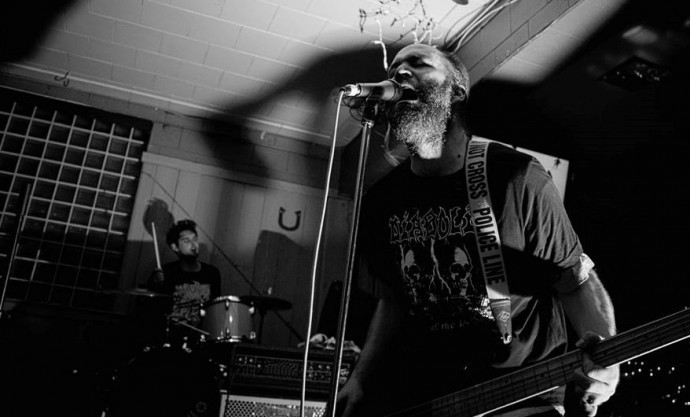 If you’re in the mood to be trampled and stomped into a pile of bone splinters and gore splatter while a madman howls curses at you, “Phthisis” will fix you right up. The massive riffs, concrete bass notes, and gunshot drum strikes are physically pulverizing, and the song’s gloom-drenched melody is made even more disorienting by the piercing shriek of feedback and the weird pulse of alien tones.

But while this raw, vicious onslaught is cleaving your skeletal structure into pieces, you’ll get a good headbang going, too. If you’re still able to move your fingers, you’ll also probably reach for the play button again for a repeat of the beating. That’s what I did. 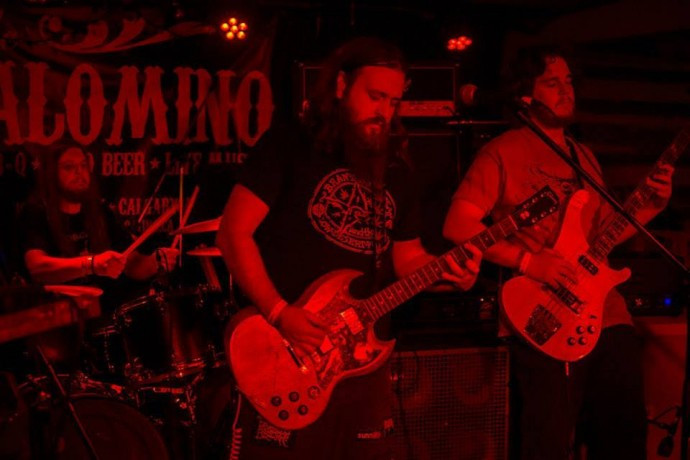 Chronobot’s self-titled debut album appeared in 2013, and just last year they participated in a split release with Hemptress. They have recorded three songs that appear on the split with AlgomA — “Red Nails”, “Jerry Can”, and “Sons of Sabbath”, and what you’ll be hearing below is “Red Nails”.

While “stoner doom” has different connotations for different people, I want to be clear that while the riffs in “Red Nails” definitely have a head-nodding, narcotic quality, this is also brutishly heavy music that’s dark as a sealed crypt.  The guitar-and-bass duet that surfaces after the initial skull-pounding also mixes in a powerful psychedelic substance along with all the sludgy opioids, and the vocals aren’t pretty. It’s catastrophic in its ambience, but damned addictive, too.