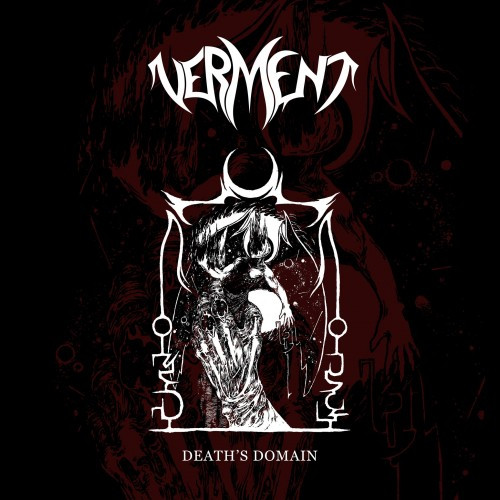 Verment are a four-man death metal machine from the greater Cincinnati area, and tomorrow they will be releasing a new EP entitled Death’s Domain. To help spread the word about the release, we’re bringing you the premiere of a full stream right now.

Verment interweave a variety of strands of extreme music into their generally up-tempo blasts, including thrash, melodic death metal, and bursts of buzzing black metal riffs. The songs are also anchored by head-hammering grooves, along with drumming that sounds very much like a heavy-caliber automatic weapon going off right inside your ears. 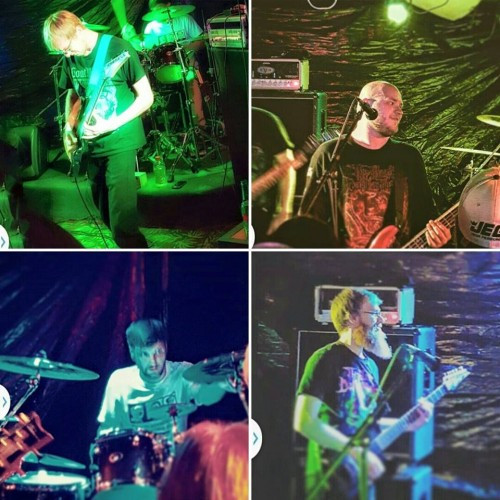 While the band clearly favor dragstrip pacing, with rapidly jabbing and darting riffs and flames belching from the exhaust, they do change the tempo, tempering their vicious (but machine-precise) frenzies with morbid slow-downs. Dark guitar melodies slither through the music fluidly, in contrast to the general turbocharged nail-gunning of the riffs and percussive rhythms, and the vocals range from gritty growls and snarls to piercing shrieks.

In a nutshell, this is adrenaline-fueled metal that features impressively nimble technical performances and adroitly mixes pile-driving grooves and a sense of morbid (and even melancholy) melody into a hell-for-leather attack — the kind of music that should appeal to fans of The Black Dahlia Murder. Look for the album on Bandcamp tomorrow.