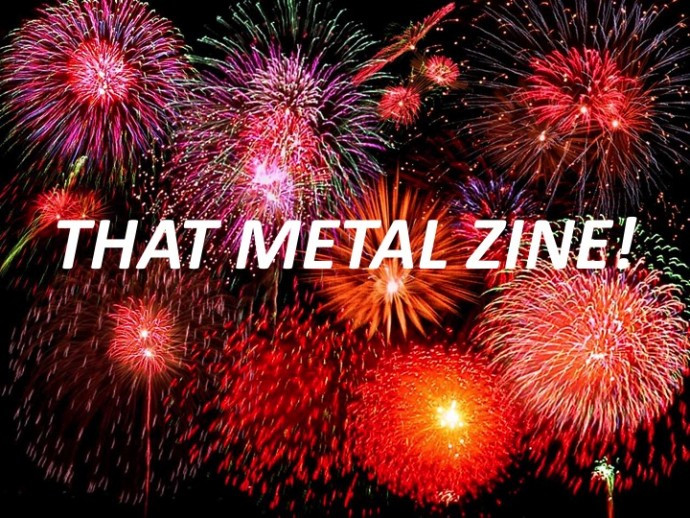 (DGR, who has recently assumed the brand new title of Press-Entertainer Relations Viceroy (PERV) at the site formerly known as No Clean Singing, has prepared the following important announcement concerning our exciting future, and yours!)

As some of you may have been aware recently, we at No Clean Singing have been experiencing a modicum of success, traffic-wise, and as a result we have caught the eye of a couple of potential investors over the years. Today, you might have seen some news articles going around, but we can officially confirm that we have been purchased by Downfall Trust Co. Inc. for an undisclosed sum, to be added to their roster of “up-and-coming” websites.

We’re excited to be part of this new company, especially given that we have quite a few writers in tech-heavy cities who will likely be huge assets in the days to come. However, as with all purchases, there will likely be some changes going forward and we here at No Clean Singing will be doing our best to make the transition as smooth as possible whilst we continue forging into the future, providing new and exciting content for all of you to read!

We look forward to your continued support during this time of change and are eager to share with you what will likely be multiple fruits of our labor over the coming months!

First things first, Islander will be stepping down as Chief Editing Officer here at No Clean Singing. It has been fun, but as these things tend to go, sometimes a position change is usually in order for the people at the top of the totem pole. However, hope is not lost as he is actually moving into a new position entitled Chief Operating Editor. He has been assured that there will be no change in responsibilities and that his pay (currently zero) will remain the same. However, we felt the need to inform you that he is no longer the CEO and is now the COE.

Second, we’ve actually hired former Pantera/current Hellyeah drummer Vinnie Paul to write an advice column for us. Some of you may be familiar with Mr. Paul’s magazine work, so we could not be any more excited to count him among our ranks! You may have realized this already, though, but Mr. Paul’s services tend to be rather expensive, so we opted to go for the next best thing — which is a Vinnie Paul bot, programmed with some of the best interchangeable advice he tended to give as part of his magazine column. Right now it seems to be stuck though, as it seems like it only has one response – consisting of “Eat more pussy”.

A color change! A new site means a new look, and since everything else will be changing around these here dwellings, we figured maybe if we updated our look for the Year of Our Lemmy 2016 then perhaps we could draw some new readers. We’ve been flying ye ole Red and Black for some time now, but to be honest with you, it tends to make us look like a basketball team playing a home game, so we’re fishing for new possibilities.

Right now, our front runner as suggested by two of the other NCS writers is Crimson and Onyx, which I have seen and let me tell you, it is going to be exciting to see the reactions to that one!

A change to the review system! As many of you are aware, we at NCS haven’t really had much of a review “system” in place, moreso longform essays often written about upcoming albums or, as has often happened, discs that have been out for a while. We will be working to tweak that during this transformation period and in doing so will actually establish something of a review system — which is pretty exciting.

We won’t be using numbered scores, as we have discovered during internal debates that albums tend to just come in three qualities, Great, Good/Passable, and Godawful, and in order to represent that we have decided to use the phrases Full Mast, Half Mast, and Flaccid as our new review descriptors, because let’s be fair, wouldn’t it be more exciting to have a disc leave you at “Full Mast” rather than just know it’s a great album?

And finally, a name change. This one is big, as we’ve been No Clean Singing for years now, but the name and reference tends to be very dated and doesn’t really reflect the site anymore. For those of you not in the know, No Clean Singing was born as a joke, at Bury Your Dead’s expense, and let’s be real here, it’s 2016. All I need to say is “Bury Your Dead“, and folks tend to start laughing, so a joke at a joke starts to look a little reductive and naval gazey. (Note from the COE: It was not a joke!  And neither is Bury Your Dead!)

Therefore, to reflect our new ownership and focus on all things metal(tm) we’re changing our name to That Metal ‘Zine. We have been assured that this name isn’t taken and the abbreviation apparently really resonates with our recent focus group tests. So we look forward to laying NCS on the funeral pyre and being reborn as That Metal ‘Zine.

Here’s to a wonderful 2016 and many vacation photos from the Bahamas.

45 Responses to “SOME CHANGES FOR THE SITE”