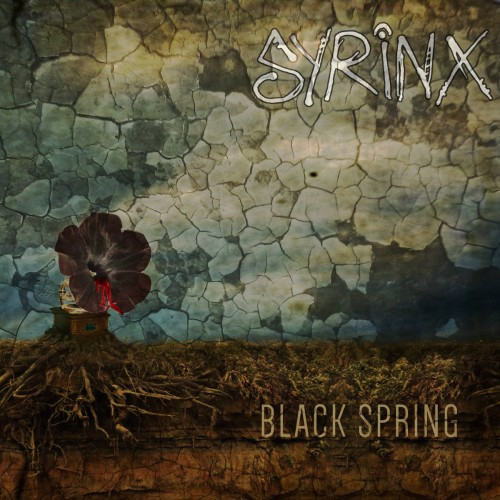 The start of every new year brings another opportunity for new musical discoveries. At least, that’s how I’ve always felt about things. In fact I think it was probably almost exactly twelve months ago (give or take) that I last said something to that effect. You know what they say, plus ça change, plus c’est la même chose…

Opener “In Ghost We Trust” wastes no time in unleashing the Death Metal maelstrom, racing out of the gates in an explosion of armour-clad riffage and chaingun percussive patterns, eventually shifting gear into a more ominous, ambient section of tom-heavy drums, looping bass lines, and eerily melodic guitar work, before the whole devastating affair culminates in a precision-targeted blast of coiled, razor-wire tremolo riffs and throat-bursting aggression.

The hi-tech stomp of “Anthill” is up next, delivering six-and-a-half minutes of crushing, mechanised grooves and cybernetic hooks, accentuated by a series of skin-flaying blasts of metallic extremity and an impressive array of clever rhythmic tricks and structural shifts tailor-made to snap necks and shatter spines.

The track concludes with some impressively moody and atmospheric bass/guitar/drum interplay that keeps things heavy while also adding an impressive melodic/progressive streak to the song’s coda, eventually leading the listener into the pneumatic assault of “Human Pollution”, a song with only one goal in mind – pure auditory annihilation – which it achieves through a combination of face-melting blastery and a veritable mountain of cataclysmically catchy riffs.

Talking of catchy riff work, “Compulsory Birth” opens with an absolute rager, which it then proceeds to ride hard through a number of different twists and iterations, powered and propelled by Mehdi Ghiani’s electric, staccato drum work, building to an irresistibly headbang-inducing chorus riff, and concluding with a stunning display of stop-start dynamics shifts and rolling, high-octane intensity.

The title-track is, surprisingly, a tense, almost ambient instrumental interlude which provides a momentary breather before “Off Season” kicks down the door and proceeds to lay waste to everything in sight with its mix of vertebrae-cracking drumming, ballistic guitar bombs, and stuttering, sadistically infectious hooks, culminating in a proggy, multi-part finale that mixes atmospheric touches of enigmatic melody with bone-breaking interjections of dense, post-Duplantier riffology.

With its menacing, biomechanoid grooves, “The Sunday Visit” brings a bit of a Decapitated-esque flair to the table, all Godzilla-sized, stomping riffs and gatling cannon drum salvos topped off by Rémi Tharau’s visceral growling vocals and underpinned by Rolka Von Siebenthal’s titanic, thundering bass lines. The second half of the track injects a slightly off-kilter sentiment into things with its addition of unusual, Gorod-like chord phrasings into the mix, upping the ante and pushing the intensity level higher in the process, before the ferocious four-minute firestorm of “Acarus” takes over, injecting the album with an extra penultimate helping of laser-guided, backbone-shattering guitar work and semi-dissonant, motorised grooves.

The album closes out with the strafing, high-calibre riffs and bone-jarring rhythmic patterns of “An Old Amerindian Vision” that quickly builds into one of the densest and downright heaviest compositions on the entire record, delivering its thunderous payload in an unceasing barrage of mid-paced, gravity-warping metallic ordnance.

Unflinchingly, unrepentantly heavy (did I mention the band are only a three-piece?) as well as deviously infectious and impressively creative when the occasion calls for it, fans of Gorod, Rivers of Nihil, and Sanzu would definitely do well to check this one out asap.