I’ve gotten in the habit of preparing these Shades of Black posts for Sundays, but the first two items in this collection are so new that I thought I’d get them out there without delay. The last two are less new, but have been on my mind recently. I have some other music appropriate for this series that I will still try to collect for Sunday. As usual, this is music in a black vein, though not all of it is black metal, strictly speaking.

Sweden’s Dark Funeral are back with their first album in six years. The new one is named Where Shadows Forever Reign and it’s scheduled for release on June 3 by Century Media, with cover art by Necrolord. 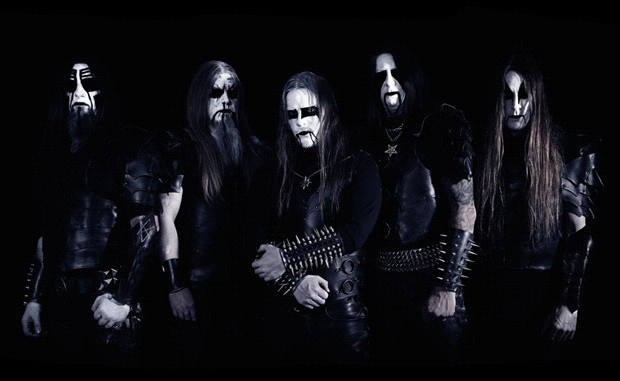 Since the band’s last album, there have been some line-up changes, with Heljarmadr (Andreas Vingbäck) replacing Emperor Magus Caligula as vocalist and a new bass player (Andreas Fröberg, aka Natt) joining founding guitarist Lord Ahriman, guitarist Chaq Mol, and the beastly drummer, Dominator.

Today we got a first taste of the new album from this long-running band through the debut of the title track. I’ve already seen some differences of opinion in the interhole about the music (what a shock! differences of opinion on the internet?). For myself, I’m enjoying it. Heljarmadr has a good, feral, panther-like snarl; Dominator is of course impressively fast and acrobatic; and the waves of guitar sink the bleak, sorrowful melody into the skull at the same time as the music delivers a sense of seething hatred. 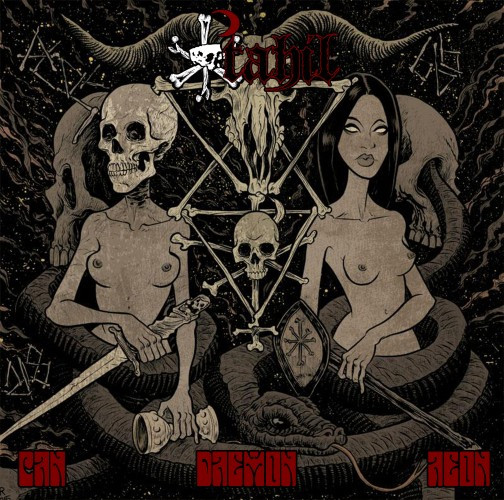 The last full-length by Indiana-based Ptahil was 2014’s Born Against, but they have completed work on a new one named PanDaemonAeon, which features cover art by Mark Rudolph. In mid-February I wrote about a song from the new album that Ptahil had recently put up for streaming (“Desacralizing in the Name of a Monotheistic and Monetized God (Genocide and Suppression)”, and now they have released a video for another new track, “Technological Hallucinations within the Kaos Ritual”.

The music is very different in most respects from much of what Ptahil have done before — though it still fits well with the overarching aesthetic of the band’s music. The song’s title is actually a very descriptive one — this track includes organ, Moog, singing bowls, and a theremin, in addition to lots of other effects (along with a pair of 6-string guitarists and some 8-string bass work). As a ritualistic drum beat and the deep thrum of the bass create an increasingly hypnotic rhythm, the dense, intricate layering of other sounds (including a range of incantatory vocals) create a hallucinatory atmosphere that really is a mind-altering experience — and I found the melodic themes in the music resonating in my head for a long time after listening to the track.

The visuals created for the song are also spot-on. I’m not sure where the original film clips came from, but they are suggestive of a bacchanal presided over by Pan, and the colors and other visual effects added to the scenes suit the psychedelic luciferian soundtrack.

Ptahil have not yet announced a release date for the album. A full review will be forthcoming soon. 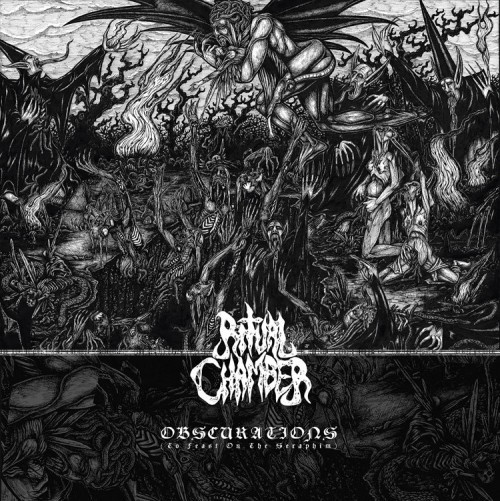 This next item is simply my own patently pathetic way of encouraging you to listen to a fantastic album that I have failed to review… and probably never will, since the album has been out for a solid month. But if you haven’t heard it, you must do so!

The name of the album is Obscurations (To Feast On The Seraphim), and it’s the debut full-length by a one-man Bay Area band named Ritual Chamber — the one man being Dario Derna (aka Numinas) who is also the man behind Krohm and a former member of Drawn and Quartered, Evoken, Funebrarum, and Infester (among others). In other words, he has spent a long career steeped in death metal darkness, and all that experience shows in spades on this album.

When you launch the player below, the first song you hear is “Beings of Entropy” — one of the album’s strongest tracks, but certainly not the only one. And although the songs on the album are not all alike, “Beings of Entropy” will give you a good sense of Ritual Chamber’s mastery of poisonous darkness. It creates a predatory, pitch-black atmosphere, but it’s also interesting and memorable in addition to being steeped in implacable doom. And the whole album is an obsidian gem. 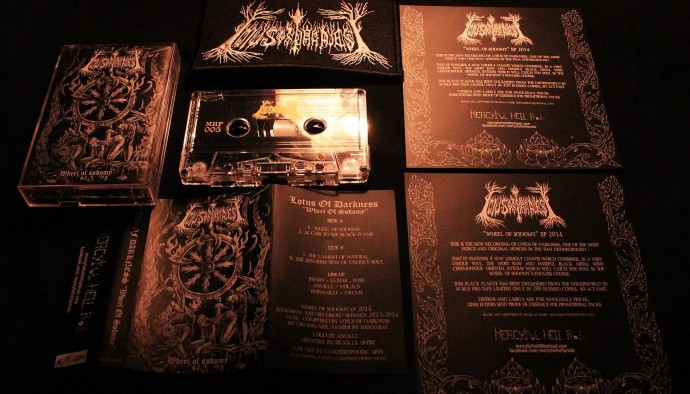 Here’s how I discovered this last song (which is a sign of how unpredictably I find much of the music I choose to write about here). On Facebook, I was invited to like the page of a label called Mercyful Hell Productions. As I scanned the page, I saw links to YouTube tracks by bands whose music the label has released. One of those was a song by a black metal band from Thailand named Lotus of Darkness. I paused to check out that song simply because the band are from Thailand — as you probably know, I have a weakness for bands who come from places that are not easy launching pads for extreme metal bands.

Well, for all its rough-around-the-edges quality and its relatively simple structure, the song has really grabbed me. Even though it’s a long one, I listened to it three times in a row while searching for more info. What I discovered is that the song is the title track from a 2014 EP named Wheel of Sodomy, which Merycful Hell has reissued on tape. Lotus of Darkness describe their music as “Siamese folk black metal”, and one of the interesting things about the song is that it does integrate exotic (to me) elements of indigenous Thai music into a very extreme black metal framework.

Speaking of which, the highly acidic vocal shrieking is severe enough to make ears bleed — probably even the toughened ears of many people used to listening to a lot of black metal. But the metronomic drum-and-cymbal pattern and the fuzzy central riff in the song prove to be highly magnetic, and as you get deeper into the track you will discover more melodic hooks that make it worthwhile to stay the course, including the indigenous melodic folk elements that become even more pronounced beginning at the 7:30 mark. (By the way, you’ll think the song has ended at 8:30, but it hasn’t.)

And to return to Mercyful Hell Productions, they have the cassette version of Wheel of Sodomy for sale HERE. I’m including the title track in two different players below.