When names as big as Gojira and Katatonia both release new music on the same day, if you wait more than a few hours to write about it, the odds are that almost everyone who cares about those bands has already been clued in by someone else. But I’m writing about these developments anyway because “Half-Assed” is my middle name and I feel compelled to live up to it. And I’ll throw in a few other new developments that have been somewhat less pervasively recognized across the web.

As I read Rolling Stone’s interview/listening-session (here) with the Duplantier brothers that appeared yesterday, I became increasingly uneasy. Reading Kory Grow’s descriptions of some of the songs from Gojira’s forthcoming new album that he heard while talking with the brothers in their New York City studio made me fear that Gojira have become a French variant of Mastodon, making a big sweeping turn into radio-friendly rock. Will their first video for the album include twerking?

I mean, the fact that the brothers chose Rolling Stone as the platform for this big album preview was itself worrisome, though we do get such valuable insights as the fact that Joe Duplantier “has long brown hair” and Mario “wears a hat and seems generally more reserved”. Even potentially more worrisome was the statement that “the band has taken a different route with the album compared to past riff-fests”, coupled with references to “almost-industrial rhythm[s]”, “brittle guitar line[s]”, “almost gothier riff[s]”, “Joe singing a monk-like chant”, “Joe sing[ing], again not screaming”, “sorrowful, gothy vocals”, flutes and cowbells, and lots of four-minute songs because “people’s attentions are shorter now” (Joe’s words). In the final paragraph, Grow writes, “they’re eager to show a different side of themselves on the new record and see how their fans react to it”.

After all that, about a group one of our former writers proclaimed almost six years ago “the best metal band in the world” (in a post that is even today the fourth most-viewed thing we’ve ever published), I was feeling a lot less eager to hear the music than the brothers are to share it.

And then I heard the 70 seconds of new music that accompanied this generally disturbing write-up, and my worries eased — they’re not erased, but eased. What do you think? 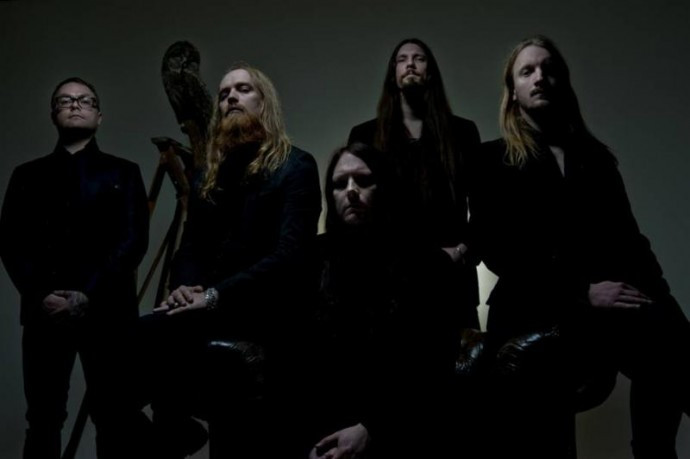 Yesterday Katatonia revealed a lyric video for the first single from their new album The Fall of Hearts, which is coming out on May 20 via Peaceville. The song is called “Old Heart Falls”. Of course, it’s an exception to our “Rule”. The video is cleverly done, and the song… is a Katatonia song. It took one listen for it to get stuck in my head. 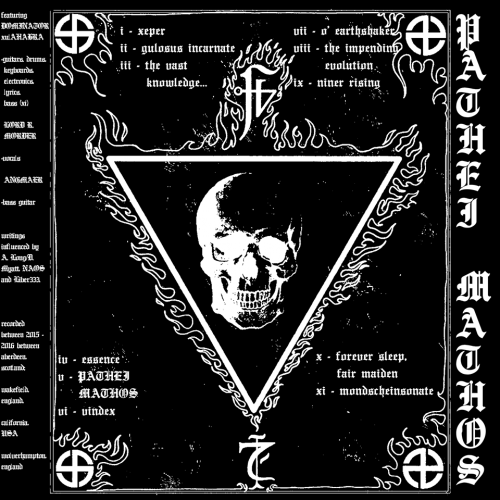 I must admit that although I did kind of get into that Katatonia song, I felt in need of something nastier as a follow-up… something from a band named GOATCHRIST.

I learned of this band and this next song (“Xeper”) because it’s the opening track on a free compilation named Hammer Smashed Faith III, released just days ago via Bandcamp by Blackened Death Records. There are 13 bands on this comp, some of whom I’ve heard of before. So why did I pick this one as a way of cleansing my palette after Katatonia? Because it was the first song on the comp. Also, GOATCHRIST.

The band in question is the alter ego of an English multi-instrumental musician named Dominator Xul’Ahabra. According to Metal-Archives, Goatchrist has released two demos, four singles, and an EP since 2014. But this particular song, “Xeper”, appears to be a track from a forthcoming debut album named Pathei Mathos, on which Dominator is joined by collaborators on vocals (Lord Mordor, of the US black metal band Sol Evil) and bass (Angmaer, from Wolverhampton, UK).

Based on the band’s name, I was expecting raw, bestial black metal — which was kind of what I was in the mood for — but “Xeper” delivered something much more interesting. The opening riff is an immediate grabber, and the song doesn’t lose its grip after it starts rumbling ahead. The track includes alternating segments of pulsating rhythm and wisps of infernal keyboard melody that made me think of a hellish carnival. It also includes a fuzzy, psychedelic guitar solo that comes across like a throwback to the late ’60s or early ’70s (even more so than the song as a whole), plus a surprising (and very good) burst of clean singing to go along with the nasty croaking. Very cool occult rock… and very addictive.

I’ve embedded the full stream of the Hammer Smashed Faith III comp below. I haven’t listened to all the songs yet, but I did randomly pick the tracks by Thy Demise and Necrolytic Goat Converter, and those are two winners, so I think it will be worth running through the rest.