Apart from the music in the two songs embedded below, the only thing I know about Gjendød is that the band is from Norway and that sometime “soon” the Polish label Hellthrasher Productions intends to release what appears to be the band’s first demo on CD.

The songs you can now stream are two of the four listed on the Bandcamp player for the demo — “Evig svart røyk” and “Menneskeavl”. If we could plug the energy of these songs into electrical grids, we could decommission vast numbers of power plants — though we wouldn’t do much to reduce global warming, because these tracks are hot as hell.

Propelled by furious blasting percussion and pulsating bass notes, the songs deliver a head-whipping flurry of high tremolo riffs that prove to be as catchy as they are incinerating, with dynamic breaks in the action that keep you from being completely overwhelmed by the onslaught. Flesh-scarring vocal savagery, too. This is an eye-popping adrenaline ride that makes me hungry to hear the other two tracks (and very curious about who is in this band). 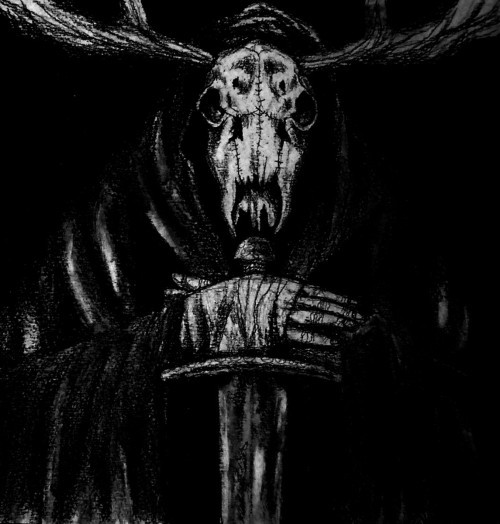 Havukruunu are one of the two bands featured in this collection whom I’ve written about before. I thought their 2015 debut album Havulinnaan was great, and I also put a song from it named “Unien Havulinnaan” on our list of last year’s Most Infectious Extreme Metal Songs.

This expanded edition of Rautaa Ja Tulta deserves a more detailed and lavish review, but I’m so pressed for time, I’ll just have to sum up my thoughts this way: Havukruunu prove again that they deserve to be mentioned in any discussion of the best current pagan black metal bands. They combine bloodthirsty bursts of warlike savagery with heart-swelling melodies that deserve the word “epic”, gale-force sonic winds with hook-laden riffs and anthemic solos, truly inflamed harsh vocals with heroic clean choruses. They’re excellent songwriters and talented performers, adept at both giving you megawatt surges of power and creating an atmosphere of mythic grandeur.

I’ll add that the four new songs aren’t castaways, added to give a thin new coat of varnish to spruce up the marketing appeal of a first-time physical release for the EP. They’re all excellent (including the final track on this new release, which is a largely acoustic folk song — but also an epic one). I’m, already pretty sure one of them will be on my list of 2016’s Most Infectious songs — the hard part will be figuring out which one.

The CD is available for order HERE, and the album is also a name-your-price download at Bandcamp: 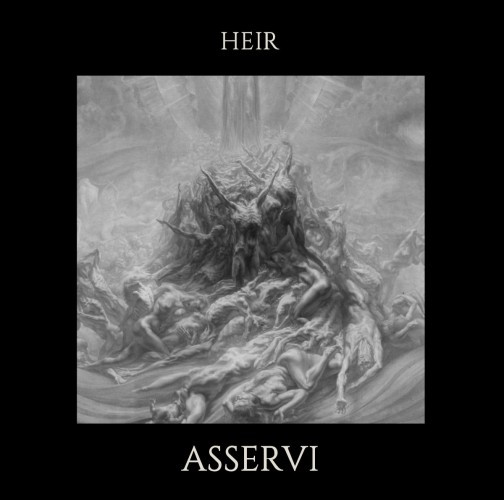 I discovered this next release thanks to a recommendation from my Serbian friend “M” (who continues to be a great source of underground discoveries, for which I’m grateful). The name of the band is Heir and they’re from Toulouse, France. Their debut EP, Asservi, was self-released on March 29.

On top of the dynamic changes in style and intensity, the songs also display noticeable instrumental intricacy and flair while preserving an overarching atmosphere of darkness — from wrenching despair to forlorn grief. There’s a lot of somber beauty in this music (especially in the middle track, “Upon the Masses”) as well as typhoon-strength storming. Asservi is a very impressive debut, and I suspect we will all be hearing a lot more about Heir in the future. 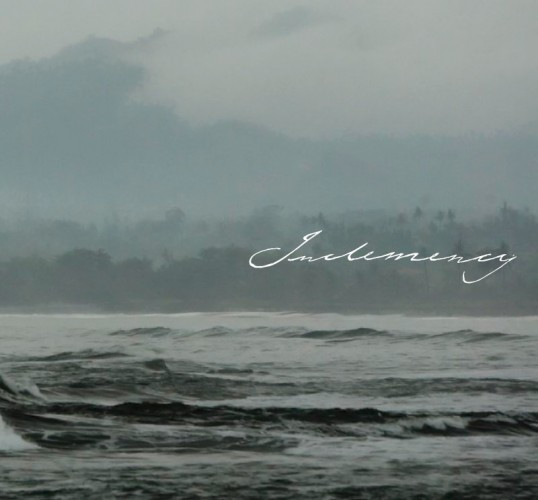 The next item in this collection is a self-titled debut album originally self-released in January by Inclemency, who are located in Sydney, Australia. However, Inclemency have recently announced that the album will also be released on May 6 in a jewel-case CD edition by Northern Silence Productions.

As was true of the Havukruunu album discussed above, Inclemency deserves a much more detailed review than I’m able to give it today. Once again, all I’m able to do is provide a summing up: This is a completely entrancing  album of atmospheric black metal with a depressive air. The melodies are often sweeping and gorgeous, combining sensations of wistful regret or fantasies of what might have been, and they have a way of not only transporting your thoughts and feelings far beyond what may be surrounding you, but also sticking in the head.

The band are also capable of ramping up the emotional intensity of the music with storm surges of raking riffs, bone-jarring percussion, and vocals that sound like the wrenching death howls of a mortally wounded wolf.

The  beauty of the melodies is enhanced on the fifth and eighth tracks by the addition of violins (performed by guest musicians Samantha Kempster and Vanessa Black), and the drumming — which is wonderful throughout — is the result of session work by Tim Yatras (Germ, Autumn’s Dawn, ex-Austere). But the lion’s share of the credit for this soulful, spell-binding album goes to the duo who make up Inclemency: Brad Gentle (vocals, guitars) and Vanessa Gentle (bass).

Find the time to give yourself over to Inclemency — you won’t regret it.