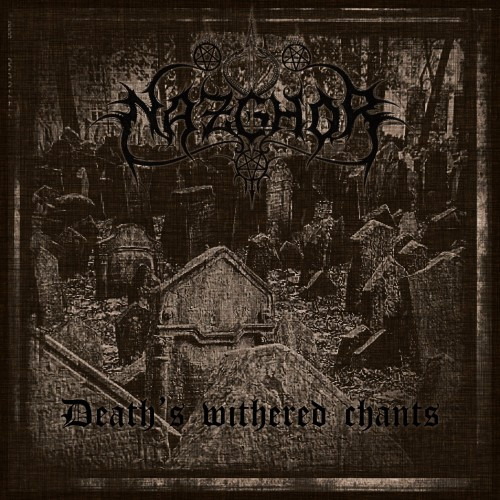 Perhaps the first thing to observe about Nazghor’s new album Death’s Withered Chant is that it’s this Swedish band’s fifth full-length in four years, and like the band’s last three albums it’s roughly an hour long. With so much music being released in such a comparatively brief time, one might wonder how good it could be. We’re bringing you today a full stream of the album, so you’ll have a chance to decide that for yourselves — but I think it’s fantastic.

The songwriting is highly accomplished, with every song carrying evocative, frequently majestic melodies that beckon the listener back, and stylistically, the music should appeal to a wide range of fans. It includes the kind of aggressive melodic riffing that should appeal to fans of Scandinavian death metal and the kind of epic, sweeping melodies that should attract adherents of Northern European pagan metal, while preserving the truly venomous vocals, the infernal atmospherics, and the blood-freezing bursts of savagery that are rooted in black metal. 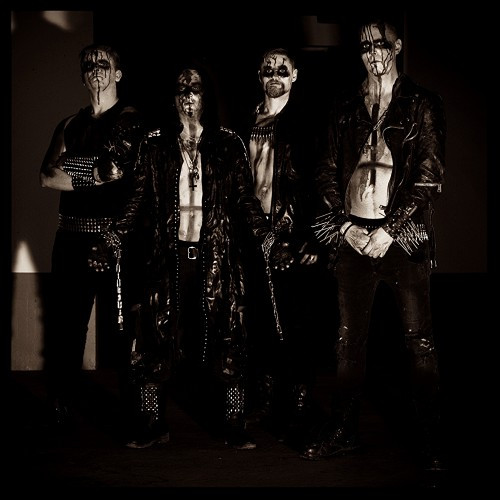 As on previous albums, Nazghor begin this one with a solemn introduction — a moody but majestic piece performed with the sounds of a cathedral organ. As before, another largely instrumental piece comes in the album’s seventh track (with a somber piano melody over a low droning sound, followed by a ritual drumbeat and demonic moaning and roaring). And once again, the band save the title track for the end — and this time it’s a 10-minute song that’s different from most of the other songs, and might be the most gripping one on the album.

The use of a cathedral organ track to open the album is a fitting choice, because the entire record sounds as if it was recorded within the high walls and beneath the distant overhead vault of a great  temple. The guitars frequently echo and reverberate, and the songs often include grand, sweeping melodies — both warlike and sorrowful — that bring that cliched word “epic” to mind quite readily. (Indeed, while the band have drawn comparisons to the likes of early Dissection and Watain, Stronghold-era Summoning should be in the discussion as well.)

Another selling point of Death’s Withered Chant is that although the band have created a coherent and distinctive sound, they have still included a lot of variety in the album and have arranged the songs so that they tend to flow into each other, making the album as a whole the kind of listening experience that merits the term “a journey”. And just to give an example of the contrasts:

Anders Strokirk of Necrophobic adds death metal growls to complement Nekhrid’s usual bestial snarls and howls in “Craft of the Nihilist”, which also includes a swirling, folk-styled melody and rocking beats.”Inheritance of the Cross”, on the other hand, becomes a ferocious, swirling hurricane of sound, with serpentine soloing and eventually a flurry of hard-jabbing riffs and earthquake drumming (though even this furious track has its stately, epic moments).

And then there’s that title song. It’s a slow, mesmerizing track, built upon an indelible, repeating keyboard melody that wouldn’t be out of place on an album by Lustre, and it also includes soaring clean voices in addition to some of the most wrenching, anguished, harsh vocals on the album. But even as panoramic and evocative as this magnetic song is, it’s still plenty heavy.

In short, this is one of those albums that despite its length really holds the interest all the way through. And in addition to working well as a unified collection of music, each of the songs also stands strongly on its own. We’re very happy to bring it to you in full below.

Because the stream is a single YouTube clip, here’s an index to the tracks:

Death’s Withered Chants will be released by Satanath Records on April 15. It’s available for pre-order HERE.

12 Responses to “AN NCS ALBUM PREMIERE (AND A REVIEW): NAZGHOR — “DEATH’S WITHERED CHANTS””