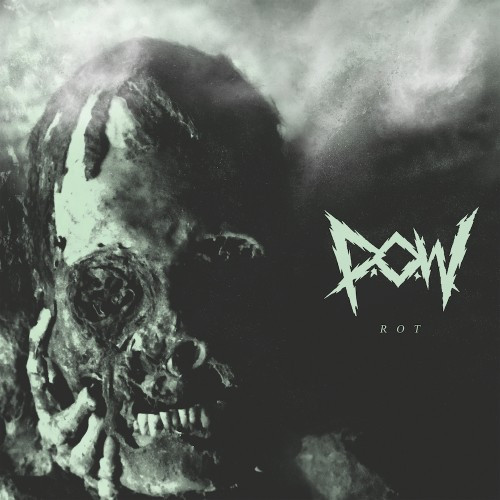 The image on the cover of Prisoner of War’s new EP could be taken as an accurate representation of how your head will be transformed when it’s exposed to the music. Bearing the title Rot, the EP will be discharged by Iron Bonehead Productions early next month, and we’re about to detonate the premiere of the title track.

With only a four-song demo from 2014 to precede this new EP, you may be surprised at how accomplished this New Zealand band have become in a relatively short time — but there’s no doubt that Rot is going to open a lot of eyes. 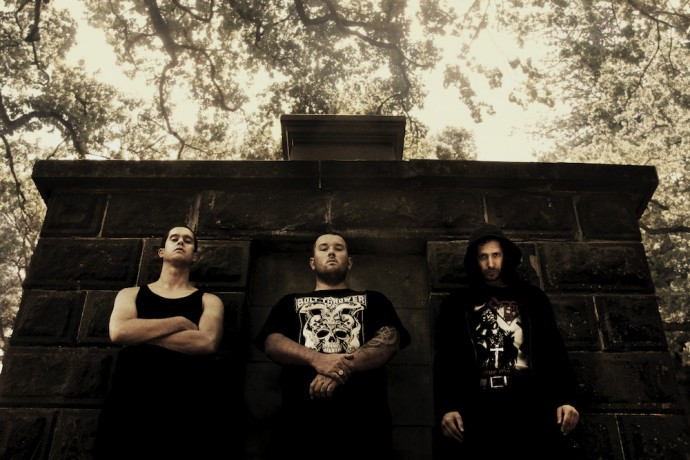 Once you hear the music, you probably won’t be surprised to learn that the band have a strong interest in the World Wars, with both the lyrics and the music conceptually inspired by the devastating brutality of those conflicts. Take the title track by way of example.

It’s fast and vicious, opening with a thrashy, pulsing riff that proves to be a real hook as it surfaces periodically over the course of this barrage. The riffing becomes more blackened and swarming, punctuated by the crash of cymbals. The drumming drives the music hard, like the hammering of turbocharged pistons, while the vocalist howls and shrieks like a madman. Against the threshing haze of guitars, the drums begin to somersault and rumble — and then the speed drops into a staggering lurch, the guitars vibrating with otherworldly menace and creating an eerie atmosphere of pestilence and decay — as if we’re stalking through the corpse-strewn aftermath of some terrible clash of armies.

And then comes a final, ferocious acceleration pierced by a flickering, dive-boming solo and by truly deranged vocal extremity. The entire band cuts loose in a furious, barbaric attack — with the song’s grim central melody continuing to surf over the crest of the warlike storm surge. It’s scorching stuff — which doesn’t sacrifice melody for the sake of brutality.

Rot is set for release on May 2 on CD and 12″ vinyl. Listen to the title track below, and we’ve also included a previously released song, “Evil Sky”.

4 Responses to “AN NCS PREMIERE: PRISONER OF WAR — “ROT””