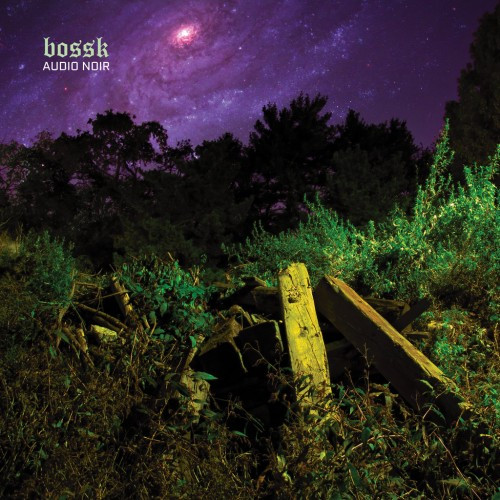 Dream metal serves as a better sub-genre to file this British band’s debut full-length under, rather than dismissing them as post-rock or sludge gaze. Too often post-rock/metal has meant music influenced by Piper At the Gates of Dawn. Before God Speed You! Black Emperor raised their skinny fists, Voivod had already tested those Roger waters on “Nothingface. Instead of trying to re-invent the Floydian wheel, Bossk is giving it a new spin. They bang out a brand of bong-fueled aggression easily agitated into something more overtly metal. Like many of their mellower peers, an incredible guitar tone comes with the job description; it has just taken a decade to make sure it’s dialed in right on this album. 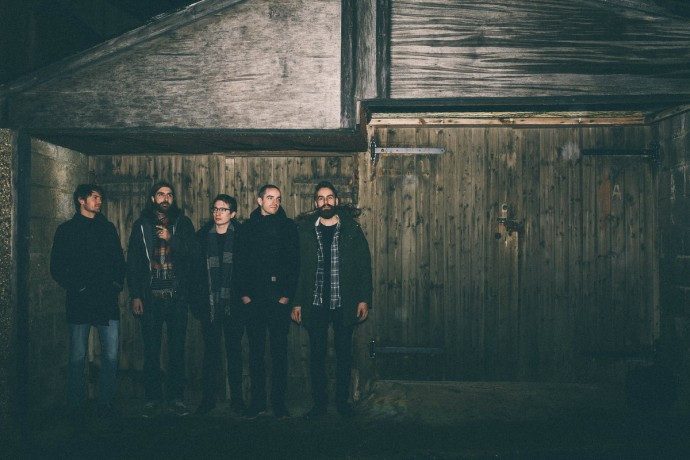 Bossk are capable of holding their own with prog metal bands, preferring to serve the song first. Staying in the pocket is more of a priority than playing fills on every pass. Their secret weapon is restraint. On the first song they manage to hold off until the final minute to drop the over-driven crunch. Once they stomp on the distortion, they are not eager to ease back on it. They carry it over into the second song, “Heliopause”. Without a sorrowful current to call this doom, the band is content to rumble with heavy boots of lead. The old joke is, “How do you know when your singer shows up to band practice? You leave the door open and he still doesn’t known when to come in.” Here, hesitancy is their virtue. The vocals bring their scornful scream fashionably late. They are mixed back against the mountain of guitar.

The very fact that there are vocals on this album is a bit of a novelty compared to bands like Mogwai and Explosions in the Sky, who only share the more subtle side of this band’s dynamic range. This is explored on “Relancer”, which ebbs down into dark introspection. The brooding surrealism invokes the eerie ambiance of soundtracks employed by David Lynch. The song “Kobe” that follows dances with more of a sparkle to its shoes, possessed with a more urgent sense of motion with the bass and the rest of the band building up into a metallic attack. The vocals are right on time with their virulent screams, adding more to this song than when they first surfaced on the album.

Here is where they separate themselves from the pack. They refuse to compose in a formulaic manner, keeping this metal card in their back pocket rather than relying on it as the only game going. When they put the card in play, they do so with conviction. It never sounds like these guys are just dabbling in metal to appease a bandwagon. They are all-in when leaping into the heavy. 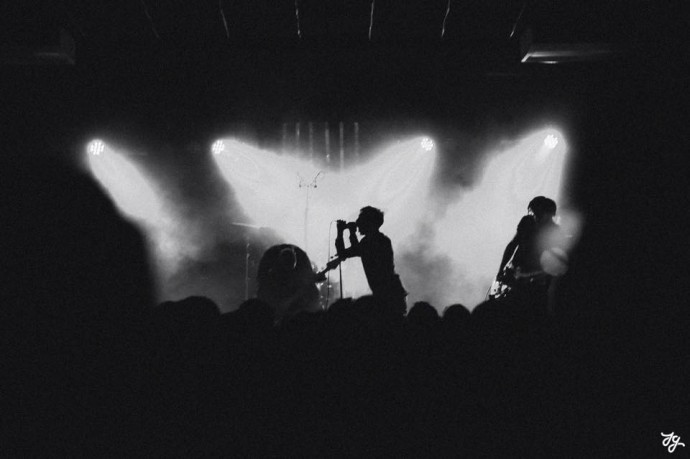 The bass player, who is this album’s unsung hero, continues to take you further down the rabbit hole with “Atom Smasher”. The burlier stomp they bring to the party might have been inspired by THC, but leaves the black light posters and lava lamps in their parents’ basements. With the coarse vocals buried in the wall of guitars they slam you into, the anger here becomes very tangible. At Bossk’s grittiest, it remains evident that this album was given a lot of love in the studio. It paid off. Every thing sounds massive without being too slick, in the overblown arena-rock sense, but with a steamrolling juggernaut of density. When they let up from this to return to the beautiful nocturnal trip they embarked on earlier, it’s evident this band knows how to write a song and give the heavier tendencies much more of an impact.

Once again the bass player earns his pay, setting the controls for the heart of the sun with a smooth melodic groove. This sends “Reverie II” coasting toward a collision with another explosion of metal. The screamed vocals create more of a static layer, before the song is brought back down into a dreamy breeze. This is executed without feeling like another loud-to-soft, good-cop / bad-cop scenario that has become an overplayed modern metal stereotype. Instead, they jam out into a kind of space rock that they make just as compelling as their more aggressive side. I never found myself thinking, “Come on bring back the chugga and screaming already”. Instead, I am totally on board for where the journey is going to take me, which in the case of “Reverie II “ is the barrage of punched staccato accents that go soaring off into a sonic storm that caters to both sides of the equation this album.

One of the biggest surprises so far this year, a band that is tasteful, yet not afraid to get its hands dirty. If the run-of-the-mill post-metal bands leave you wanting more than their minimalism allows, and sludge feels like cavemen screaming at you, then these guys have found you the perfect middle ground.

This album was just released on Deathwish Inc. and is available HERE or on Bandcamp: