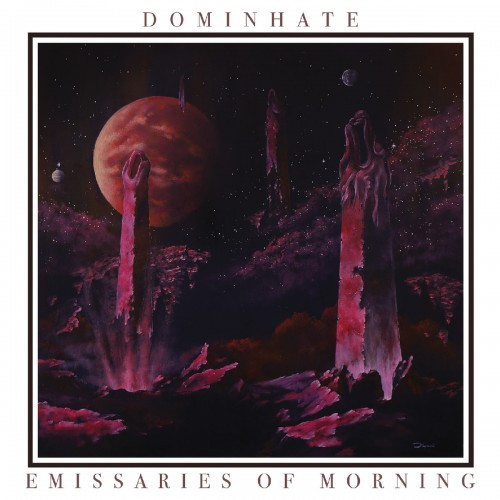 Emissaries of Morning is the new EP by the Italian death metal band Dominhate. It follows the band’s debut album in 2014, Towards the Light, and it will be released by Lavadome Productions on April 22. As a sign of what Dominhate deliver on this new 5-track release, we bring you the premiere of “Awakening Confessiones“.

This is the kind of song that fans of gruesome, bone-grinding, old-school death metal should eat up without bothering to grab a knife and fork. When the song is in full rampaging speed, the drums drive like pistons and the tremolo riffs vibrate with arcane energy and sinister intent — a mix of snake-like slithering and the kind of swarming that brings to mind a horde of angry wasps the size of hawks. 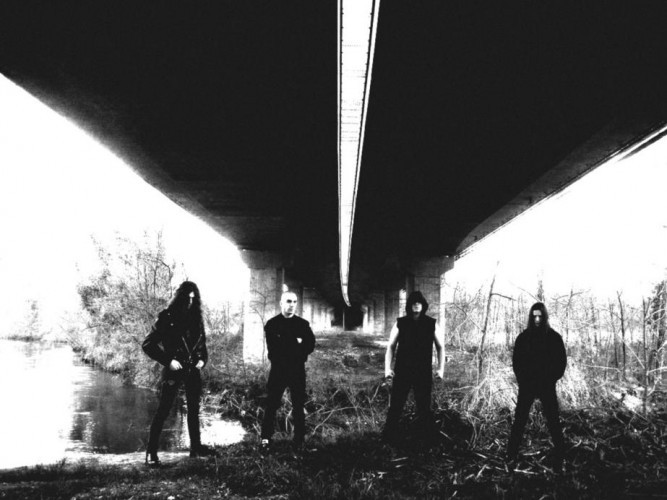 The music’s grisly, morbid flavor, which is enhanced by the gruff, roaring vocals, becomes even more doom-drenched when the band drop into a slow graveyard stomp, which sets the stage for a solo that moans like a wraith, before the band erupt in one final burst of corpse-strewn savagery. Killer track.

The cover art of Emissaries of Morning was created by Daniele Lupidi. You can pre-order the CD HERE, or place a digital pre-order at Lavadome’s Bandcamp:

You can also listen to a previously released song, “Immolation Carmen Astri”, just below our premiere of “Awakening Confessiones”.