(Andy Synn reviews the new collaborative album between Cult of Luna and Julie Christmas, which was released on April 8. Accompanying photos are by Pär Olofsson.)

The name Cult of Luna should need no introduction or explanation to long-time readers of this site. After all, the stupendous Swedes have dwelled amongst the ranks of Metal’s mightiest heroes for a solid fifteen years now, and yours truly even selected their phenomenal Vertikal as the best album of 2013 (beating out stiff competition from the mighty Gorguts in the process).

The name Julie Christmas, however, might not be quite as familiar, though she certainly has considerable prestige and pedigree of her own, having acted as vocalist for both much-loved Doom/Post Metal troupe Battle of Mice and sludgy noisemongers Made Out of Babies, as well as forging her own career as a solo artist and frequent collaborator with other members of the Rock and Metal community.

Now, hopefully, this whistle-stop introduction should help give you at least a tentative grasp of why the idea of the two artists collaborating was met with such awe in certain quarters, and why Mariner has been one of 2016’s most highly anticipated albums ever since it was first announced. 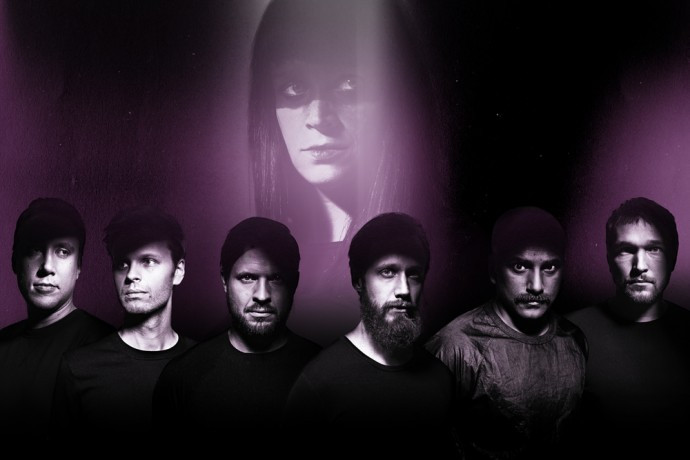 Opener “A Greater Call” is our first taste of the fruits of this collaboration (though Julie’s presence in this song is relatively limited when compared to the rest of the album), whose melding of dreamlike melody and heaving power serves as a perfect bridge between the densely-layered, introverted workings of its predecessor and the more spacious and outward-looking focus of the new material.

The track’s pensive opening section – all glimmering clean guitars and humming, background-radiation synth lines – is quite possibly the softest and most tender thing the band have ever composed, and stands in direct contrast to the densely packed, gears-and-grindstones approach which dominated on Vertikal (where even the most ambient moments still positively shivered with taut, tensile strain).

When it finally does explode into full bloom, it’s less of an eruption than it is a natural blossoming of sound and energy, the booming riffs and stuttering drums laced with subtle undercurrents of sublime melody and proggy ambience courtesy of Julie’s crystal-clear backing vocals and the track’s almost Pink Floyd-ian synth work.

Christmas’s vocals are right at the forefront of “Chevron”, however, signalling a significant shift in style and direction for the album, building on a foundation of insidious, slithering bass-lines and waves of glowing, iridescent synths into a hip-shaking, pulse-pounding post-Punk, post-Industrial hybrid of doomy riffs and jittery rhythmic hooks, with Johannes Persson’s gravel-throated bellow rearing its ugly head at key points to counterpoint Julie’s glassy shriek or unique, incisive melody lines, whose brittle, fragile tones provide the perfect accompaniment to the song’s ethereal, synth-shrouded finale.

The menacing, minimalist intro to “The Wreck of S. S. Needle” (a potential song of the year contender) draws you in and sets you up – hook, line, and sinker — for the hard rain of pounding riffs and pulsating rhythms which follows. Taking on 100% of the vocal duties, Christmas stamps her authority over the track with a mixture of cool, melodic grace and throat-scarring anguish that really has to be heard to be fully comprehended, particularly during the song’s utterly humongous chorus and its fearsomely climactic “Put me down / Where I can see you run” final refrain, which builds from atmospheric vibrancy to aneurysm-inducing intensity over the course of several captivating, cathartic minutes.

“Approaching Transition” initially goes the more contemplative route, providing a necessary come-down after the sheer tumult of its predecessor. Its languid guitars and subliminal vocals drift by in a steady stream of barely-conscious, semi-lucid ambience that eventually culminates in a gigantic, towering edifice of shuddering chords and gnarled, howling exhortations, first soothing, then stripping the listener bare, before the practically monolithic “Cygnus” – almost fifteen minutes of massive riffs and heaving, tidal dynamics, offset by the alternating vocals of Christmas and Persson, and underpinned by shimmering undercurrent of shape-shifting melody – puts the final full-stop on this multi-layered and multi-faceted collaboration. 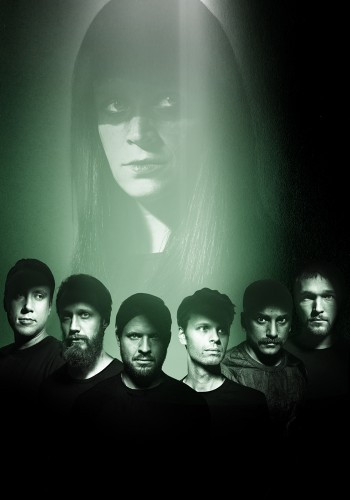 I’m still a little divided over where exactly to place this one in the annals of Cult of Luna’s already weighty discography. As an overall experience I find that it doesn’t quite match up to the mind-blowing brilliance of Vertikal, and yet… it’s undeniably a fantastic album, with a magic all of its own.

Much of this can be attributed to Ms. Christmas of course, whose always unique, always emotive vocals help reshape and reinterpret every song in often unexpected ways, her voice providing a lightning rod of such electric dynamism that both her presence and her absence within each track leaves an indelible mark.

As for the members of Cult of Luna themselves… well, this collaboration was the perfect choice for them, not just on an artistic level, but on a purely practical one, too.

After all, how do you follow-up an album that, almost fifteen years into your career, was heralded by many as your magnum opus? The answer, as we can clearly see, is that you don’t even try to. Instead, you sidestep the problem by collaborating with one of your favourite artists in a way that puts a fresh new spin on your sound and opens up whole new creative avenues for you in the process.

It’s a neat solution to an unsolvable problem. And one that fully deserves all the critical and commercial acclaim that it’s bound to receive.

Mariner is out now via Indie Recordings.

3 Responses to “CULT OF LUNA: “MARINER” (A COLLABORATION WITH JULIE CHRISTMAS)”