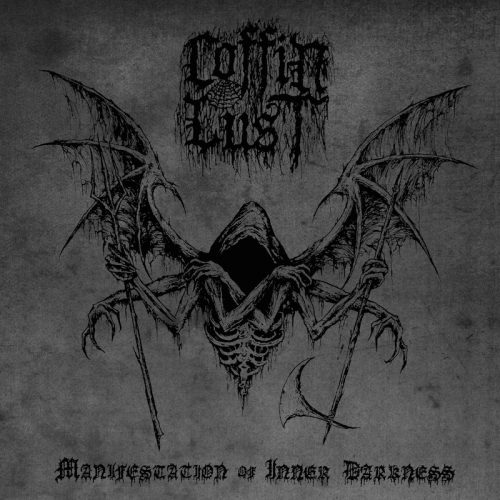 Death metal composed and performed in the ancient way never seems to lose its appeal, either to fans or to musicians. Of course, when I say “ancient”, I mean that long-ago era in the late ’80s and early ’90s when the fires of death creation first began to burn like an inferno. When newer bands draw inspiration from those classic sounds, the first and most important question that always comes up is whether the composers and performers have the skills and the spirit to make those fires come alive again.

It’s usually too much to expect that new music in the vein of bands like Grave, Autopsy, Nihilist, or Dismember will actually claim its own identity. After all, if you (as an artist) stray too far off the old path, then you really aren’t satisfying a desire to pay homage to a deathless style of extremity. Yet a band capable of laying an honorable sacrifice at the altar of old-school death metal while still making it sound fresh (like the fresh stench of a just-exhumed corpse) can still make a name for itself — and that’s what Coffin Lust have done on their debut album Manifestation of Inner Darkness. 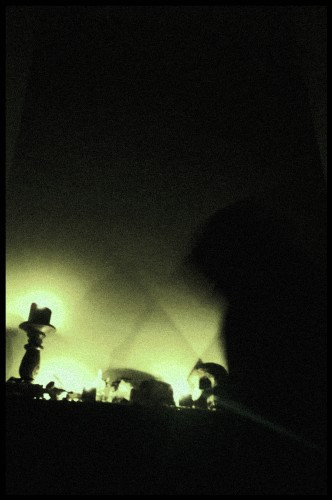 The members of this Australian band aren’t novices. The two of them — J.R. (drums, guitar, bass, vocals) and P.W. (guitar, vocals) — have collectively spent time in such bands as Nocturnal Graves, Denouncement Pyre, Impious Baptism, Destruktor, Cerekloth, and Trench Hell, many of whom we’ve written about before at this site. But Coffin Lust is the vehicle they created back in 2010 as a means of satisfying their own coffin lust for old-school DM.

In 2012 they released a four-track demo named Beyond the Dark (which is available on Bandcamp here), and now they’ve really stepped up their game with this new full-length. As for the band’s objectives, J.R. has said, “Manifestation of Inner Darkness is an album of pure, unwavering death metal devoid of trends and status quo. Herein lies eight tracks of dark and rotten death metal, drawn straight from the grave.”

What we have for you today is the premiere of a track from the new album called “Prophecy of Malevolence”. When I listen to the song, words like “merciless”,  “savage”, “electrifying”, and “unstoppable” come to mind. It’s a fast and furious rampage, with bone-grinding riffs laced with bursts of ghoulish lead-guitar derangement — though it also makes room for a mid-paced interlude that’s a powerful headbang trigger adorned with a moldering, morbid melody. When the band really step on the pedal after that interlude, the music becomes a feeding frenzy of blasting drums and rapidly writhing riffs.

For this kind of music, you want grisly, filthy growls that sound like they come from a throat filled with blood and bone fragments, and fortunately, you get that here, too.

Manifestation of Inner Darkness will be released on May 13 by Hells Headbangers (LP, CD, tape, digital), but you can pre-order it now at this location, where you can also listen to two other tracks from the album that were previously released (“Execration of Mortality” and “Swarming Black Inferno”):

3 Responses to “AN NCS PREMIERE: COFFIN LUST — “PROPHECY OF MALEVOLENCE””