It has been a long wait for a new release by Atlanta’s Withered, and so for ardent fans of the band like those of us at this site, it was exciting to learn last fall that a new full-length (eventually named named Grief Relic) was finally on the way. At about the time of that revelation, Andy Synn prepared a report that included reviews of all the band’s releases up to that point, and we began waiting to find out whether the passage of years had diminished or enhanced the band’s powers.

We all got our first clues last month when a song called “Husk” premiered at DECIBEL (here) and another called “Feeble Gasp” was unveiled by Revolver (here). Those songs provided convincing proof that the more than five years since Dualitas have not dulled these blades. Time seems only to have honed them, sharpening the music’s cutting power and amplifying its almost physically tangible impact. But we have still more proof that Grief Relic has been worth the wait, because today we bring you the premiere of yet another new song, this one appropriately named “Distort, Engulf“. 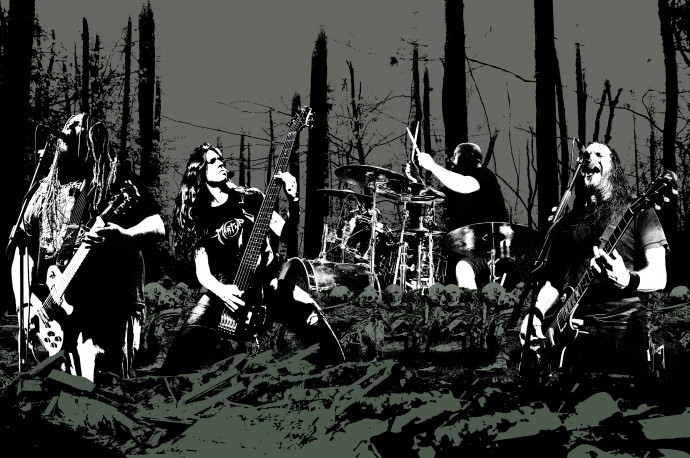 As the band have commented about the song: “This is a special one for us. It’s the most dense, cut throat offering we’ve made this time around. It’s a taste of the muck-ridden underbelly of this album.” And that’s no exaggeration. Give this song a spin below, but be forewarned — it’s ferocious.

Grief Relic will be released by Season of Mist on May 27, and it’s available for pre-order HERE. Here’s the track list: