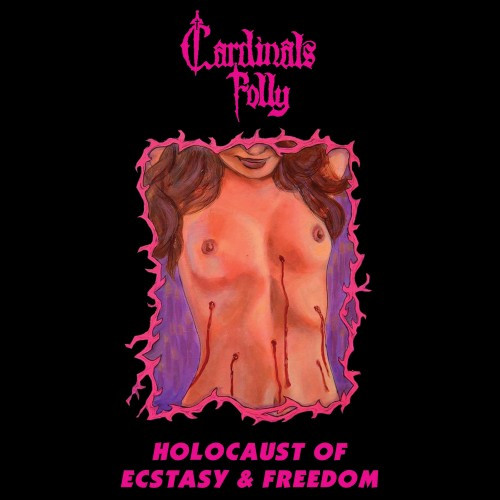 (Comrade Aleks has interviewed Finland’s Cardinals Folly for us before (here), and now he provides some history of the band’s music along with comments about their forthcoming new album.)

This blasphemous cult was started in Helsinki in around 2004 under name The Coven. That title fits the band’s music, but there were just too many bands with the same name, so The Coven was dissolved and renamed Cardinals Folly after a place in a Dennis Wheatley black magic novel.

The head of this sect is Mikko Kääriäinen and he’s the only constant member of Cardinals Folly, as other musicians have come and gone after some number of occult sessions. Probably only drummer Sebastian Lindberg demonstrated perseverance as he accompanied Mikko from the first EP Heretic’s Hangover (2008) ’til the second full-length Our Cult Continues! (2014), but even he left the band a year later after the album was released… or probably Mikko just sacrificed him in a forest — who knows?

From the very start the band has developed its own image — they play blasphemous doom metal with some anarchic and archaic approaches, as Mikko was getting an experience playing in the black metal band Santhyricorion for about three years. He explains his sympathies to the Devil with logical arguments: “In hell you will definitely meet more interesting people than in heaven, so I’m fine with my way of life and pact with the devil. Satan is metal’s master! And source of our power. I’m fine with that. And look — he’s not evil. That’s just dogmatic! He’s misunderstood. Metal is about pleasure and hedonism, Satan is the key. One life to live!”

Cardinals Folly’s first full-length album Such Power is Dangerous! was done in 2011, when the band was working as a trio with Mikko, Sebastian, and Sami Rautio of death doom project My Shameful. I need to say that Sami didn’t influence the band’s sound, so the album demonstrates pretty heavy, epic, yet raw traditional doom metal; the guitars are sharp and metallic, the bass sounds buzzing and suppressing, Mikko chants in a dramatic and a bit ritualistic manner, and all of this worked well at the slow tempo that was set by Sebastian.

The band’s second big work, Our Cult Continues!, was done soon after the release of a compilation, Strange Conflicts of the Past (2013) by Shadow Kingdom Records. The album has a truly hideous artwork. It was painted by Sebastian and incarnates Mikko’s idea of weird characters performing a sabbath in a Finnish midsummer setting amidst the woods.

The sound of these new songs isn’t clean and perfect again as Cardinals Folly prefer rawness and rudeness, though it doesn’t cancel the fact that they’re talented and skillful musicians, so melody-wise it has a certain portion of elegance. The songs have an attractive ominous atmosphere and diverse mood because of tempo changes and they reveal one or another influence which build into an original combination. Such songs as “Morbid Glory” or “Sighisoaran” (the second one is dedicated to Count Dracula) leave the impression of listening to a Burzum and Cathedral collaborative project, yet Cardinals Folly needed more time to adjust their positions.

Mikko himself supposes that Our Cult Continues! differs from Such Power is Dangerous! with intentionally more fuzzy and stoner-ish guitars, but at the same time he promised that the next album would be full of orthodox traditional doom metal tunes. The band also took part in a split album with their buddies Church of Void and Acolytes of Moros in early 2016. 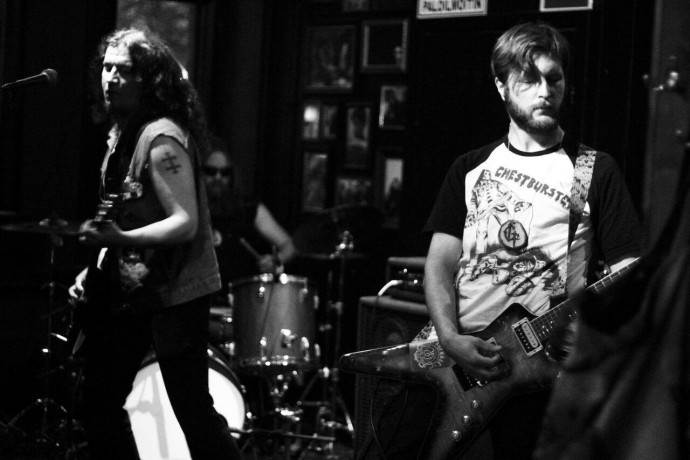 The band met fierce and cold January 2016 and started composing and recording their third album under the working title Holocaust of Ecstasy & Freedom, and it will be out in June 2016 through Shadow Kingdom Records. Describing the main features of the 7 new tracks of very traditional yet driving doom metal, Mikko says:

“Most songs of that album actually derive their inspiration from different kinds of cult movies. I just had a period where I watched about every damn weird movie from around the ’70s era, and they were fascinating stories. Like Cardinals Folly on the screen, really. So I had to write songs about them. It felt natural”.

He also adds that the number of songs recorded during that session were actually  enough for even a fourth album.

Cardinals Folly – Her Twins of Evil

With Holocaust of Ecstasy and Freedom the band return for another session of blasphemous and infectious incantations. They proclaim the reign of Old Gods on Earth with all associated joys — slaughter, madness, blood rituals, slaughter again, and eternal hell on earth with unspeakable nightmares come true in general. Well, I never understood it. But the album is a really strong one — I would say that it even distances the previous one.

The vocals are again artistic. Mikko Kääriäinen performs his heretical chants, he sings his solemn hymns, he roars like he’s possessed, and without any effort turns to insane or aggressive ravings about things horrific and repulsive, things that should not be. The work of the guitarist and rhythm section is beyond all praise (the title song is literally striking), the crew giving a lesson in how to do effective and appealing doom hits using their arsenal at its full power. Some solos are indeed ecstatic, so yes this is doom that reaps souls.

If you already have enough unholy records in your collection, then you have nothing to fear, but if you care for your soul (but what the hell are you doing here then?!) then buy the album and burn it to prevent the coming of Ancient Ones, Old Ones, and your neighbors.

Holocaust of Ecstasy & Freedom will be released by Shadow Kingdom on June 3.