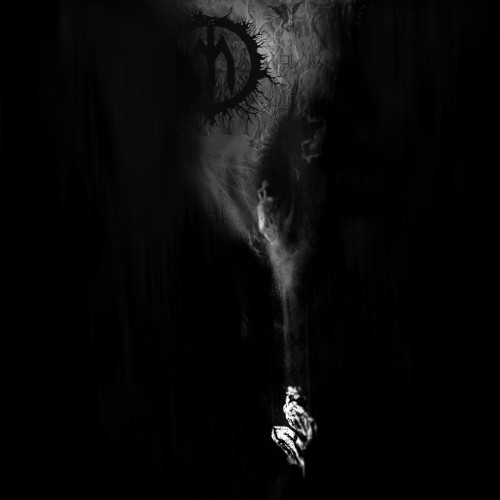 (New Zealand music writer and broadcaster Craig Hayes rejoins us with this review of the new album II by Sinistrous Diabolus, which was self-released on March 31, 2016, and is available on Bandcamp.)

Many of metal’s most interesting bands are intensely dramatic without ever indulging in any overt theatrics. Often those bands are fronted by singular musicians whose creations reflect the pitch-black depths of their own trials and tribulations. Those musicians aren’t playing ‘make believe’, and their music frequently burrows into the darkest recesses of our own minds.

Sinistrous Diabolus is a markedly underground entity from the far-flung reaches, and has been on hiatus a number of times since forming in the early ’90s. The band isn’t actually operating right now, even though there’s a new album out. But even if you’ve never heard of Sinistrous Diabolus before, you might well have heard the band’s influence echoing in Australiasian extreme metal. 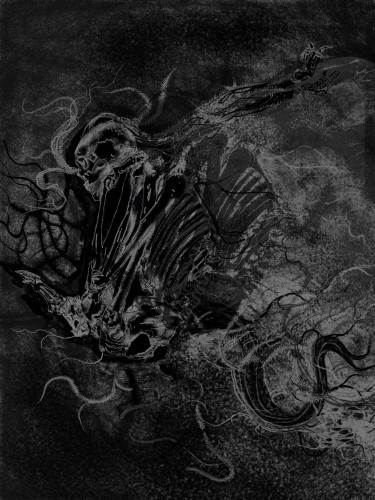 Sinistrous Diabolus played a crucial role in the development of underground New Zealand metal with the release of their legendary Opus One demo in 1993 (re-issued –– and sold out in a heartbeat –– by label Dark Descent in 2011). Alongside releases such as Transcendence into the Peripheral, the genre classic from Australian doom band Disembowelment, Opus One marked a pivotal point in the history of southern-hemisphere metal when it illustrated that it could compete with anything happening half a world away.

It took until 2013 before Sinistrous Diabolus delivered their first full-length release, Total Doom//Desecration. That album comprised murky, cavernous doom and torrents of old-school death metal. And if bands such as Evoken, Sempiternal Dusk, or elder gods like Winter, Skepticism, or Thergothon are of interest, you should mark Total Doom//Desecration as an album to explore forthwith.

In essence, crafting ominous and uncompromising music is what Sinistrous Diabolus’ mainman N.K.S. (aka Kris Stanley) does best. He’s had/has roles in internationally respected New Zealand metal bands such as Diocletian and Witchrist, who are known for their iron-fisted tone and temper, and he plays in black-hearted sludge outfit Stone Angels too.

N.K.S. has also worked with VK, founder of New Zealand’s leading black metal band, Vassafor. (See the phenomenal 2014 split release from both bands.) Point being, N.K.S’ creative ventures are always marked by an oppressive and unforgiving temperament. He makes challenging art born from a twisted mind that often requires serious study to unravel, and II is no different. 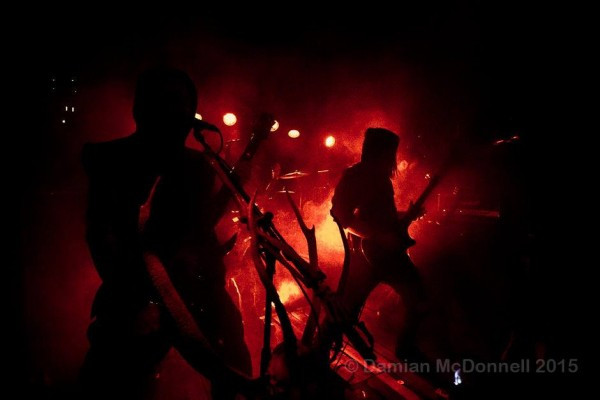 At times, II makes you feel as if the earth has collapsed from under you, and you’re left plummeting into chasms where all manner of psychological and corporeal horrors dwell. Harrowing scenes are called to mind via monastic chants, eldritch mutterings, and throat-slit growls, all scoured by feedback. And if Portal’s warped devilry ticks the boxes for you, you’ll enjoy II because it’s often equally unnerving.

In fact, Sinistrous Diabolus takes delight in exhibiting myriad ways to get under your skin and torment you on II. And it’s not all plummeting into the abyss, either. II is unquestionably heavy in terms of its tenor and texture, but subtle, creeping movement is buried in the gloom.

Vocals and instrumentation often slither their way out of the caverns to bring a different, albeit still portentous, feel. Along the way, gloomy and ugly death metal riffs, morose funereal melodies, and dark ambient noise conjure visions of the cursed crawling forth. And it’s all very worthy of the pages of Dante’s Inferno.

Most bands would sell their souls in a split second to create an album as unsettling as II, and it’s certainly an impressively sinister release. I immediately thought of the tone of Neil Marshall’s blood-curdling horror film The Descent when I first pressed play –– and, no question, “Stygian Descent” would make for a great soundtrack to any terrifying subterranean sojourn. But it’s Inferno that I keep coming back to, time and again.

Like Inferno, II has a concentric, escalating intensity that sees circles of suffering rendered into expressive musical form. The further you sink into the album’s depths, the more you’re haunted by underworld imaginings and the shrieks of spectres and the damned. II is rivers of blood and mountains of ice, and “abandon all hope, ye who enter here” makes for a perfect summation and an ideal recommendation of what awaits you within.

One Response to “SINISTROUS DIABOLUS: “II””