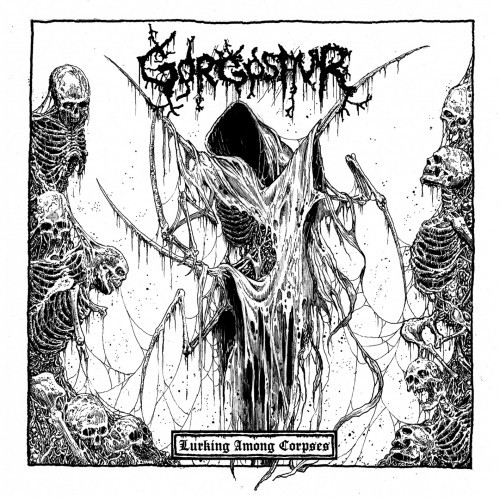 Rising from the festering graveyards of Sweden comes the two-person death machine Gorgosaur and their debut album Lurking Among Corpses, which will be released by Memento Mori Records on April 25, 2016. Emblazoned with the distinctively ghoulish artwork of Mark Riddick, this album will please fans of Gorgosaur’s undead forebears — such bands as Nihilist, Carnage, Dismember, Entombed, and Nirvana 2002. For a taste of the putridity to come, we bring you a track called “In Darkness The Come Crawling”.

I’ve made no secret that I have something like a Pavlovian response to the massive, grinding, smoke-belching tone of the guitars on this kind of music, and Gorgosaur have got it dialed in perfectly. Which means I’ve started slobbering and salivating. My keyboard is getting kind of slimy, but before it shorts out, here are a few more words about this lethal new song: 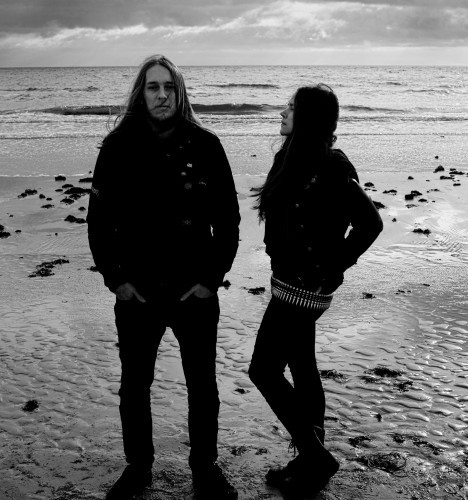 “In Darkness They Come Crawling” comes at you like a massive rushing freight train, shaking the earth and scattering sparks from the rails. It veers off onto a side track with a head-butting, neck-snapping punk rhythm, followed by a blast of skull-crushing hammer blows and a grisly, slithering solo. There’s more skull-crushing around the corner and then a final rampaging barrage to finish off the slaughtering. And on top of all the instrumental demolition, Gorgosaur deliver a maniacal tandem of putrescent vocal tirades — part gruesome growls, part deranged yelling.

2 Responses to “AN NCS PREMIERE: GORGOSAUR — “IN DARKNESS THEY COME CRAWLING””