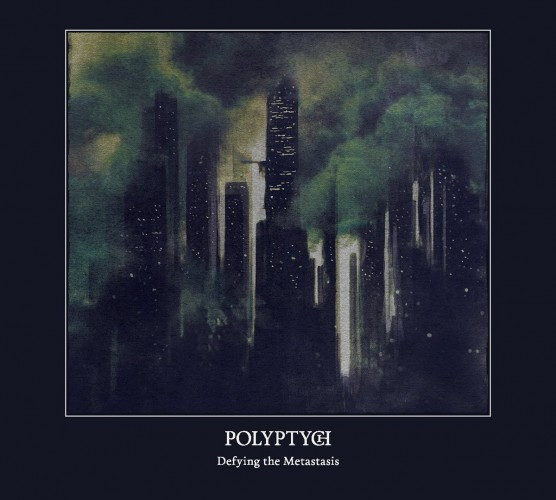 Polyptych come our way from Chicago, Illinois. They are planning to release their third album, Defying the Metastasis, on May 13 and today we have for you the premiere of the title track.

We host many music premieres at this site, and in almost every instance we have been asked to do that (and we agree only when we like what we hear). But this is a rare occasion when, after hearing this album, I asked the band if I could help them spread the word about the music. Obviously, it made quite an impact on me, and I think it will on you, too. 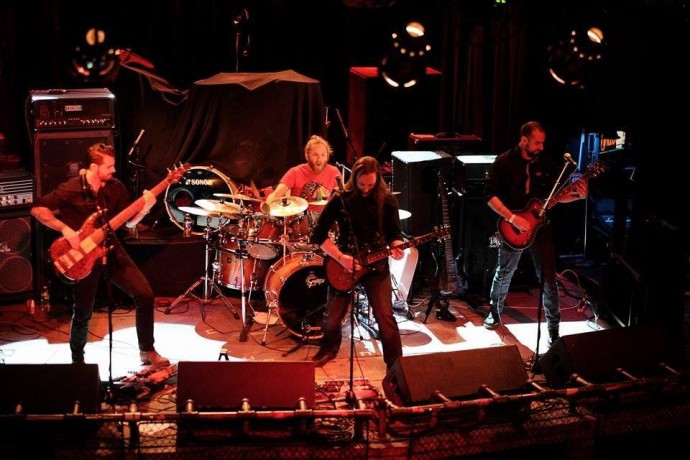 Attempting to categorize this music in genre terms is a challenge, because it combines elements of death metal, black metal, and progressive metal so beautifully — and you will get a good sense of what I mean listening to the title track.

As is true of the album as a whole, the music is heavy as hell and as dark as a rushing thunderhead, and it’s produced in a way that hits with powerhouse force. It’s also electrifying, because the instrumental performances are so technically impressive and ingeniously constructed, and the demonic vocals convincingly fill the air with the stench of sulphur. 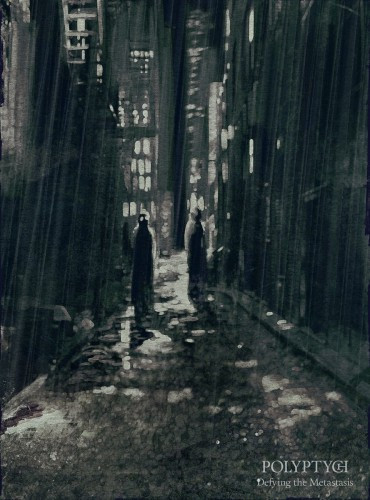 This is a song that’s gripping to hear for the first time, but one that will also pull you back to listen again and again, not only because it’s such a thrill ride but also because of the enjoyment of picking out what each performer is doing in this intricate and inventive swirl of violence.

Defying the Metastasis was recorded in Chicago with Andy Nelson (Weekend Nachos, Like Rats) at Bricktop Recording, and it was mixed/mastered by V. Santura (Triptykon, Dark Fortress) at Woodshed Studios in Landshut, Germany.

The artwork was handled by one of my new favorite metal artists, Chris Kiesling at Misanthropic Art. As you can see above, he prepared not only the cover art but also additional works that will appear inside the CD booklet.

To find out more details about the album’s release and how to order it, keep your eye on these locations:

3 Responses to “AN NCS PREMIERE: POLYPTYCH — “DEFYING THE METASTASIS””