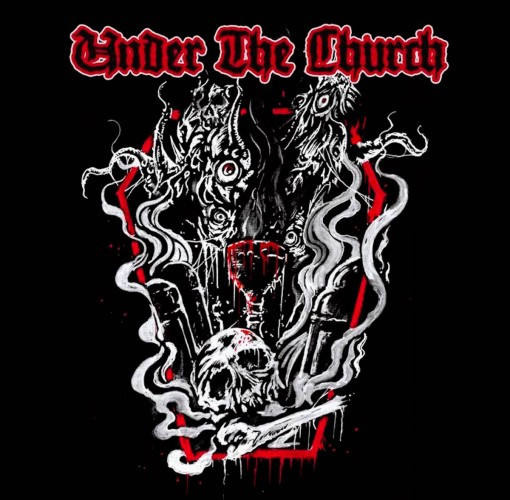 We’ve been closely following the unholy machinations of Under the Church since they released their first demo in 2013 (reviewed here), at first because the band included two members of the legendary Swedish death metal band Nirvana 2002 (drummer/guitarist Erik Qvick and bassist Lars Henriksson) and then because the music turned out to be so consistently good.

Last year brought the release of the band’s lethal debut album Rabid Armageddon, and now they are at work on a follow-up. But while that next release is being worked over, Under the Church are releasing a two-song single featuring the tracks “Wake the Dead” and “Confer the Vile” via Bandcamp. Today it’s our pleasure to deliver the premiere of “Confer the Vile“. 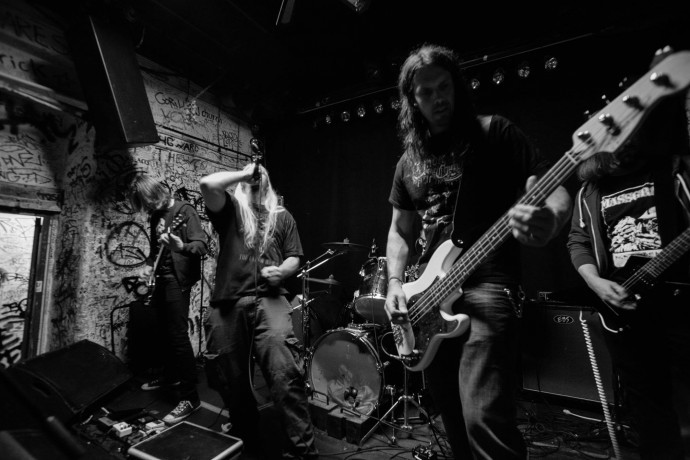 And then the song becomes a rampage, with a thundering avalanche of percussion and ruthlessly hammering riffs, as Annetts‘ vocals reach new heights of towering monstrosity. It’s an electrifying change — but the song eventually returns to that pestilential graveyard melody with which it began (which then hangs around your head long after the song has ended).

There are few current practitioners of old-school death metal that are as good as Under the Church at breathing vibrant, horrifying life into this ancient and unkillable form of metal. Good to see these guys continuing to crank out such good stuff.

“Confer the Vile” features artwork by Cesar Valladares, and you can grab it right now on Bandcamp via the link below. Look for the release of “Wake the Dead” in May.

6 Responses to “AN NCS PREMIERE: UNDER THE CHURCH — “CONFER THE VILE””