(We present the first of a three-part review by Andy Synn of the new triple album by the Swiss phenomenon Schammasch.)

It’s no secret that Contradiction, the second album by Swiss occultists Schammasch, is one of my all-time favourites. But where does a band go from a massive, potentially life-changing release like that?

Well, apparently you push things even further with a triple-CD release, split up into three distinct movements concerning the process of death, detachment, and transcendence, comprising some of the most ambitious, progressive, and creative compositions you’ve ever put together.

For such a mammoth undertaking it only seemed fitting to address each distinct part of the album separately, so for the next three days, leading up to its physical release on Friday the 29th of April, I’ll be publishing my thoughts on each sequential segment of Triangle, beginning with Part I: The Process of Dying.

As you’ll soon come to see, each of the three parts that make up Triangle is a clear and coherent creative step onwards from the one which preceded it, with the band making little effort to stick within the confines of the “Black Metal” label as they follow their own wandering muse ever deeper down the spiritual rabbit-hole.

Part I, however, does serve as a natural enough extension and expansion of the sound found on Contradiction, progressing it forwards and outwards while still maintaining enough intricate, intimate ties to its predecessor to ease the listener’s transition into new musical realms.

The lead-in of “Crepusculum” bucks the trend of instrumental introductions so often being skippable filler material, its every bleak and gilded chord contributing to the album’s overarching sense of ominous atmosphere, shifting seamlessly into the existentialist agonies of “Father’s Breath”, which moves from dolorous, doom-laden solemnity to a final climactic torrent of blackened anguish in truly hypnotic fashion.

“In Dialogue with Death” turns the heaviness up a notch with its dense, suffocating riff work and increasingly aggressive drumming, but continues to balance this with an ever-present undercurrent of mesmerising melody. Even at its most frenzied and blasterous the track never fails to provide a keening counterpoint of hell-bent harmony designed to worm its way into the depths of your subconscious.

Both “Diluculum” and “Consensus” find the band revelling in the juxtaposition of delicate dissonance and morbid melody, the doomy glamour of the former providing the perfect introduction to the many-layered, many-angled guitar work and grim, ritualistic vibes of the latter, which coils and slithers and sways in serpentine splendour over the course of its eight exsanguinating minutes.

Finally, “Awakening from the Dream of Life” brings the first part of this mammoth endeavour to a suitably epic and intense close, its ferocious torrent of blistering blast-beats and rolling kick-patterns driving the track onwards at a relentless, unwavering pace that speaks of the pure, unadulterated power behind the band’s exquisite blend of doomy introversion, exotic melody, and pure, blackened malice. 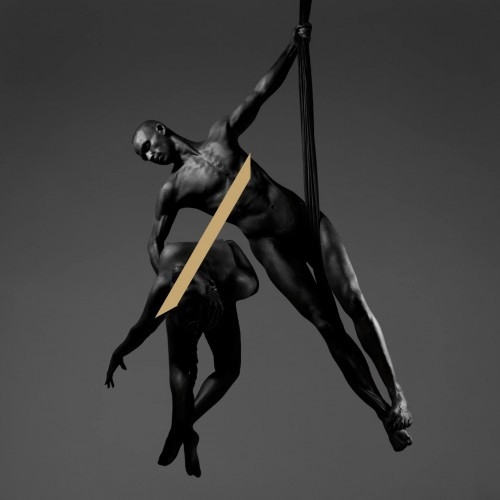 As always, a label as simple as “Black Metal” simply isn’t able to adequately capture or define the sound of this album – not in part, and not in whole – and by the time you’ve experienced all three movements of Triangle I’m sure you’ll both understand, and agree.

But I’m getting ahead of myself.

On its own, Part I of this particular triptych is already a resounding success, one which builds upon the musical foundations laid down on Contradiction, but is not beholden to them. And, in doing so, it not only solidifies the band’s slowly burgeoning legacy, but also sets up the next stage of their ongoing metamorphosis.

Triangle will be released by prosthetic Records on April 29.

5 Responses to “SCHAMMASCH: “TRIANGLE” (PART I: THE PROCESS OF DYING)”