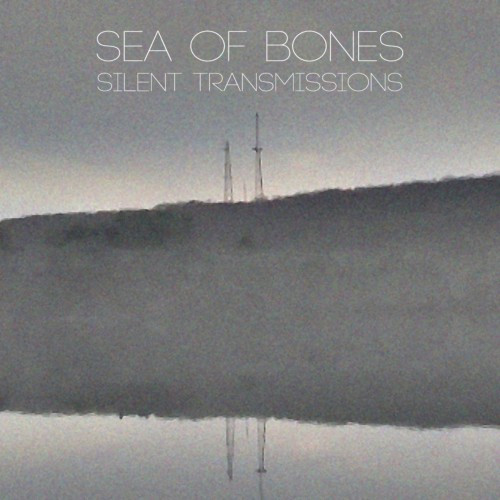 As far as these selfish ears are concerned, far too much time has passed since New Haven’s Sea of Bones released their last album, The Earth Wants Us Dead. At last, we have something new. 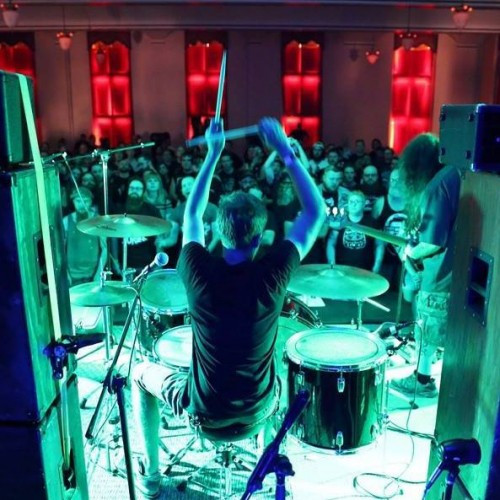 I’m in that audience somewhere, with a deer-in-the-headlights look on my face…

On April 15 the band released on Bandcamp a single song named “Silent Transmission“. It lasts for 27 1/2 minutes. The band explain that “it was completely improvised on the spot” and “recorded in one take with no overdubs”, which makes an already impressive piece of music even more impressive.

The music is hypnotic and harrowing — a nightmarish, otherworldly, soul-reaping experience that proves to be transfixing. It builds gradually, beginning with low, layered droning tones mixed with the occasional scratch of static and other sounds that warble, pulsate, and shimmer. The sounds become increasingly dense, dark, and hypnotic, and then they subside, as isolated, reverberating guitar and bass notes come in.

The slow, rhythmic patter of drums emerges along with the buzzing of a guitar — and the distortion swells in volume, growing abrasive, building to a squall, as the simple repeating notes stitch together a grim, looping melody. This is the first in a series of simple, musically related melodic motifs that appear at different times over the course of the song. Simple, yes, but they seize your attention, perhaps because what separates them tends to be so cacophonous.

The riffing becomes hallucinatory, the drums begin to hammer, the squall of distortion grows more intense, and a searing high guitar comes in, demented and disturbing (there might also be some howling vocals in the distant background, but it’s hard to be sure)  The drums grab onto a repeating rhythm within the haze of guitar distortion.

At the mid-point, the drums and the melody slow, but the distortion grows into the sound of slow-motion wreckage, a cacophony of corrosion and collapse. The drums keep the beat going in the midst of this grinding maelstrom, and a high-pitched, two-note tone starts going off, like a warning siren. Eventually the drums begin to sound like a tribal ritual under the blizzard of harsh, grinding, tearing sounds of guitar torture.

Later still, the driving beat changes to bursts of percussion and then the drums stop, clearing the way for a wall of feedback and then a horrifying, howling, four-note guitar motif. The drums return in a slow and methodical fashion, anchoring yet another grim, looping melody within the hailstorm of harsh noise. A sound like an infernal trumpet appears, as well as a piercing guitar sound that resembles the wailing of an angry wraith.

As a looping melody persists inside the hurricane, the drums lock into an almost tribal progression, and the piercing wail of the guitar returns, warbling like a slow emergency siren that’s just achieved sentience and knows hunger. 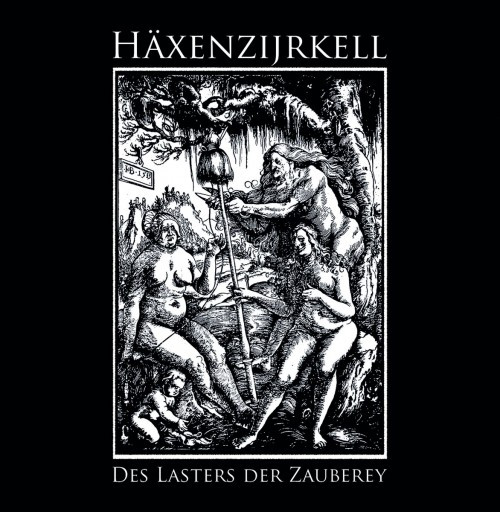 As noted earlier, both songs are long ones, both in the 11-minute range. The gloomy, mid-paced title track is abrasive and murky, dissonant and disturbing, with only the methodical ritualistic beat of the drums and a bleak repeating riff to hold onto as the vocalist shrieks and yells his torment. It’s a blending of hypnosis and psychosis, a poisonous haze within which lurks seething guitar excretions and discomforting feedback. Someone rapidly declaims in German; someone else cries out in a wordless ghostly chorus; the poison soaks your head; it ends in cackling.

After a vocal sample at the start, “Canon Episcopi” seems to cut through some inter-dimensional membrane and pull you into a realm of eerie droning sounds and low wails, pierced by grim vibrating riffs, the crack and crash of drums, and unhinged demonic howls. The sound has an ear-mangling, lo-fi quality, but the repeating, thorny, central riff in this track may manage to infiltrate your mind against your better judgment, as it did me. This is pestilential, desolate, doomed, and haunted music from the land of the dead. 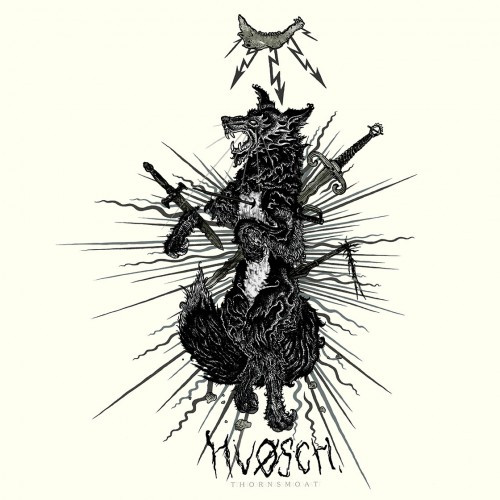 Hvøsch are from Saint Petersburg, Russia, and their new album (released in January) is named Thornsmoat.

The band describe their music as “anti-utopian”, and this new release is based on an allegory of a black fox harried to its death by a hunter and his hounds, exploring not only the cruelty of humans toward animals but also the harrowing cruelty that “the cult of the righteous” inflict on some who don’t embrace their religious dogmas.

The tale is musically arranged into two chapters. Those two songs on the album are also long ones, ranging from more than 13 minutes to nearly 16.

Against the deep, slow tumble of the drums, echoing guitar and bass notes cast a dark spell in “tetiva (chapter I)”, a spell that is drawn into deeper midnight shades when huge chords and a radioactive background haze enter the frame. Percussive plucking and a head-nodding beat segment the flow, and harsh vocal howls emerge in tandem with a clanging, brooding melody. Eventually, hell breaks loose in a flurry of thundering drums and typhoon riffing, a melancholy melody surfing through the storm surge before the pace slows and Hvøsch re-enter the doom-drenched, post-metal territory where they began — followed by one last surge of intensity

The second song, “kapkan (chapter II”) quickly changes gears, delivering a flurry of threshing riffs over the methodical thump of the bass and drums — which soon become frenzied themselves. An urgent, plaintive, anguished melody swells slowly through the tumult. Eventually, Hvøsch revisit the other half of their sound, in a slow, craggy, stagger, lightened only by shining guitar chords. The music moves smoothly and effectively between these segments of spellbinding grief and torrential urgency, the dynamism holding the interest to the end of this haunting, tragic, but often beautiful tale. 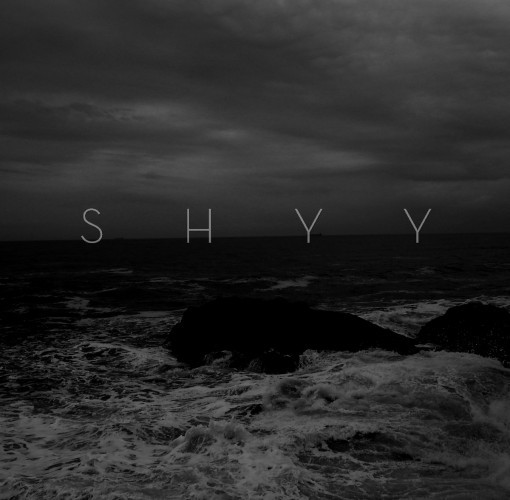 Shyy are based in São Paulo, Brazil, with members who are also participants in the doom metal band Abske Fides, whom I’ve written about before (here). Shyy released an initial instrumental demo in 2008 and then contributed two more songs to a Pest Productions compilation in 2009. They followed that with three tracks for a split in 2012, and in the middle of the current month, with an altered line-up, they released a two-song demo as a precursor to a forthcoming full-length that they hope to release in the latter half of this year.

The two songs, “Desfalecer (Faint)” and “Afogar-se (Drown)”, are both sung in Portuguese. In genre terms, you could consider them a form of depressive, post-black metal. “Desfalecer” moves between passages of dark, driving black metal intensity and melancholy rock ‘n’ roll, with a beautiful instrumental in the middle that conveys longing and loss. The vocals are a tandem of wrenching, blood-spraying shrieks and sombre clean vocals. “Afogar-se” follows a similar format, but with an almost anthemic crescendo at the end.  As tormented and grief-stricken as the music is, it’s just as effective as the first track at getting its hooks in you.