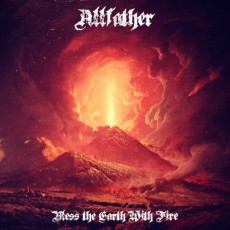 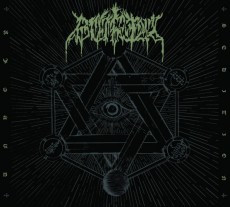 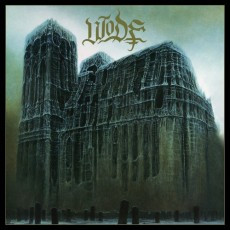 Call it coincidence. Call it kismet. Call it what you will. But whatever you call it, prepare yourself for some homegrown metallic thrills and spills of the Sludge/Doom/Hardcore/Black/Death variety! 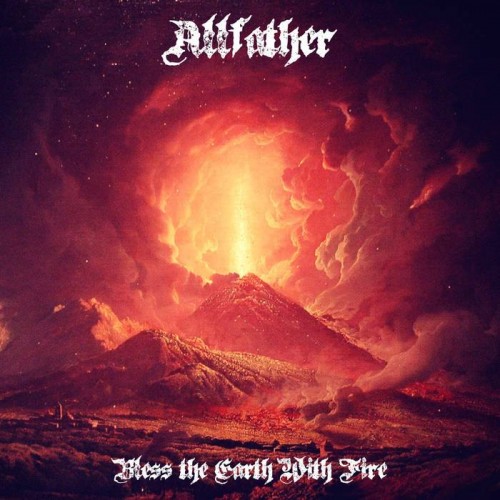 ALLFATHER – BLESS THE EARTH WITH FIRE

Heaving, doomy sludgery with a backbone of gritty Metallic Hardcore and a belly full of piss and vinegar is the name of the game with my first selection, the debut album from Rochester’s own Allfather.

Opener “Raskolnikov” wastes no time and pulls no punches with its stripped-down, no frills riffery and howling, Hardcore-tinged vocals, mixing and matching lurching, sludgy rhythms and rough snatches of snappy, d-beat aggression, leading you by the nose(ring) into the humongous grooves and gnarled hooks of “The Bloody Noose”.

Sounding a little like an impromptu jam between members of Entombed and Crowbar, this song’s lumbering, chugging riffs and grim, murky atmosphere would be the ideal soundtrack to the world’s nastiest post-apocalypse party, building to one fantastically headbangable second-half gallop and high-proof penultimate solo section.

“Mouth of the Beast” picks up the pace with a real shit-kicker of an opening riff, dropping in some seriously infectious hooks and anvil-heavy references to the band’s Hardcore roots as it progresses, before the second half of the track goes all-in with its bloated, bilious doom riffs and tweaked, freaked-out lead guitar work, followed in quick succession by the spit and sawdust swagger of “Dark Actors”, a lean, mean, riffing machine without an ounce of extraneous fat on its wiry frame.

“Death, and Hell Followed With Him” is the album’s gigantic finale (sort of… bonus track “Blood Red Sunset” in fact serves as a slightly more melodic coda, although its production is slightly cleaner and smoother than the one found on the actual album tracks), whose arid, desolate opening is a thing of bleak, breathless beauty, eventually swelling into a grandiose parade of massive, melodic riffage and soaring lead guitar harmonies.

Over the course of the next 8/9 minutes or so the band keep you guessing as they switch – ambitiously, yet effortlessly – between moments of slow-grinding sludgery and strutting Hardcore stomp, intercut with injections of groaning doom and blooming melody, with every section and every segment practically packed to bursting with brash, infectious hooks and heartfelt, take-no-shit attitude.

Not quite a true world-beater, not yet anyway, Allfather still have the three g’s – grit, grime, and groove – down perfectly. Couple these to their effortlessly effective songwriting style and a clear and unshakable sense of conviction that practically bleeds from your speakers, and you get an album that not only stands strong on its own terms, but also fills me with confidence that we’ll only be seeing bigger and better things from these guys in the future. 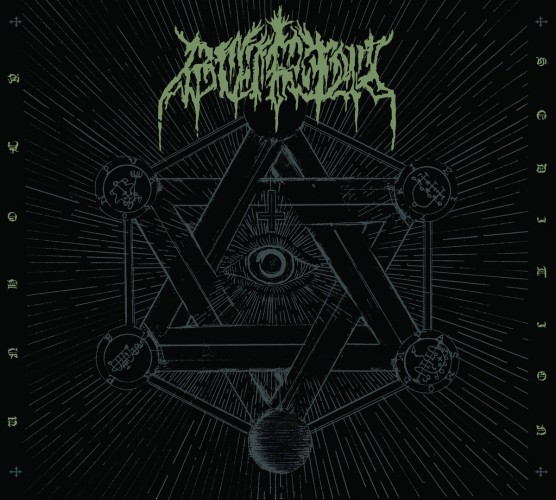 In another strange coincidence, deathly necromongers Burial actually hail from my old home town of Manchester, and Unholy Sedition is their second full-length album, a thoroughly and shamelessly ugly piece of work in the Belphegor/Mayhem/Gorgoroth mould.

Bone-rattling opener “Infernal Spirit” immediately sets out the band’s unholy stall for all to see, delivering a rough-shod assault of chattering, clattering drums and crude, raw-boned riffage, topped off with a bilious expurgation of grim, choking screams and gruesome gutturals. Likewise “Malevolent Possession” doesn’t stray too far from this initial template, though it does incorporate a surprising array of morbidly melodic inflections into its stream of ravenous riffs and vile, venomous invective.

“Satanic Immolation” just scrapes past the two-minute mark with its barbed-wire tremolo runs and lurching, stop-start riff motifs, although the explosive “Coven of Death” doesn’t even make it that far, delivering its murderous goods and devilishly evil hooks in less time than it takes to say Beelzebub (gesundheit).

By contrast the doom-tinged “Nothing Awaits” feels positively extravagant in length and arrangement, building from a torturously slow crawl to a blasturbatory ejaculation of pure malice and violent metallic extremity over the course of three-and-a-half impressively idolatrous minutes.

“Defile the Sacrament” is the longest song on the album, with its first half largely devoted to eerie atmospherics and ominous, occult ambience, while its second half delivers a surprisingly refined array of stabbing, staccato riff work and seething, malevolent melody, something which carries over into the blistering blastery and strangling tremolo of “Cast to the Flames”, one of the album’s absolute prime cuts.

Somehow “Beyond Redemption” (another one of the album’s “must hear” moments) manages to turn the intensity up yet another couple of notches, employing some of the most bizarrely violent drum work and punishingly aggressive riffery on the entire album, whilst also weaving in some brutally efficient and infectious hooks along the way, before barrelling hell-for-leather into the notably more melodic, but no less savage, “Devoured by the Earth”, and the riotous burst of snotty, unapologetically punky Black Metal that is tongue-in-cheek closer “Nun Fucking Black Metal”.

Trust me on this one, if you’re looking for some rough and ready, raw and bloody Black Metal with no particular airs or graces, then Unholy Sedition should be right up your street. 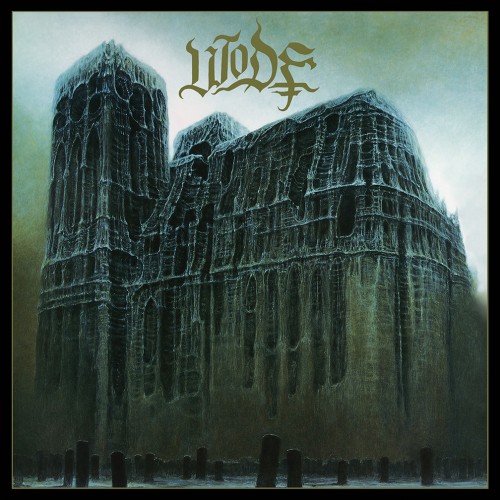 The third and final selection on this tripartite list, the self-titled debut album from Mancunian misanthropes Wode, is (in my opinion at least) the very best of the bunch, possessing a more refined and keenly sharpened sense of style and bombast which, at its very best, is strongly reminiscent of early Emperor.

This impression is immediately felt as phenomenal opener “Death’s Edifice” kicks into high gear, burying its morose acoustic opening beneath a deluge of scything riffage, electrifying tremolo melodies, and sweeping, blasting drums. It’s a truly thrilling, elemental sound, with every aspect and every piece exactly where it needs to be, brimming with instantly memorable, insidiously catchy melodic touches and a seemingly endless series of coiling, cacophonous riffs.

The relentless, writhing riffery and storming drums of “Trails of Smoke” are a beauty to behold, blazing like a falling star in the majesty of the night sky and propelled by a palpable, pervasive fury which carries over into the decidedly more epic, though no less ferocious, strains of “Cloaked in Ruin”, which switches between melancholy grandeur and frenzied fervour with almost disgusting ease over the course of its near-ten-minute run-time, all while incorporating some of the most brilliantly incisive and evocative guitar work and utterly castigating vocals on the entire album.

Despite being so purely and unashamedly “Black Metal” in nature – unsullied by time or trend, with no prefixes, suffixes, addendums, or agendas that I can see – this is still an incredibly dynamic and varied album, with no two songs sounding exactly the same, and not one of its tracks sounding anything less than utterly vital.

Take “Spectral Sun”, for example. It opens with one of the most instantly memorable riff refrains on the entire album, before plunging headfirst into a whirling maelstrom of tumultuous, cascading melodies and cathartic, snarling vocals, every second brimming with haunting atmosphere and stark, pitiless rage, whereas, by contrast, the slower, darker, and altogether more ominous opening bars of “Plagues of Insomnia” hint at an underlying Doom influence (something I’d be very interested to see the band explore further in the future) which goes on to permeate the track’s every seething riff and pulse-quickening tremolo pattern.

Concluding with the visceral grimness of “Black Belief” – eight and a half minutes of raging, blackened fury and ringing, demonic melody, along with some of the heaviest riffs and most atmospheric lead parts to be found across the entire record – Wode’s self-titled album immediately cements the band’s status as one of the finest proponents of this particularly bleak, anthemic brand of unadulterated Black Metal that I’ve encountered in quite some time.

Though it’s potentially destined to be one of this year’s most overlooked and unappreciated gems, try not to let this one pass you by. You’ll regret it if you do.