Depending on who you speak to, Fallujah are either the future of the Technical/Progressive Death Metal genre(s), or simply the latest in a long line of interchangeable faces to front the modern edge of the movement.

Coming off the back of a sophomore album (The Flesh Prevails) which also divided opinions over whether it was a potential masterpiece, or simply a solid enough album which caught the crest of an unexpected wave of hype (my own opinion falls somewhere in between those two extremes), the Californian quintet certainly have a lot to prove and, as a result, there’s a lot riding on both the critical and commercial success of Dreamless, their third… and finest… full-length release. 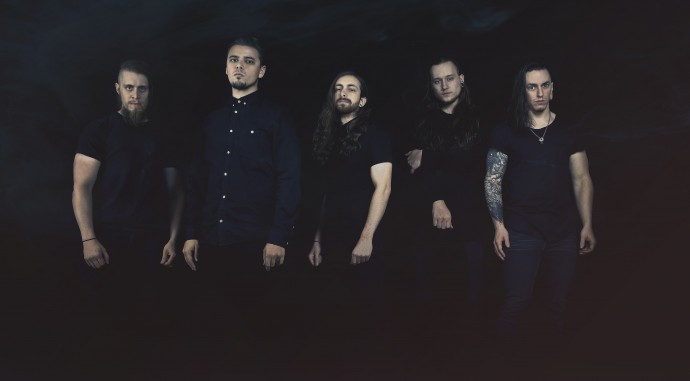 One thing which immediately becomes apparent is just how much stronger the songwriting is on this album than on its predecessor. That’s not to downplay the general quality of The Flesh Prevails by any means, as there’s still a host of killer material on there, but as good as it is overall, it does have something of a tendency to blend together a little, meaning that once you’re done listening, it can occasionally be difficult to pick out any major peaks or specific moments that stand out from the overall experience.

Thankfully, that’s not really a problem on Dreamless as, barring a few moments in the back half of the album which might, in retrospect, have benefited from a little judicial pruning, pretty much every track on the album possesses its own distinctive identity, without disrupting the overall stylistic flow which the band have so carefully crafted.

Take the opening triptych of “Face of Death”, “Adrenaline”, and “The Void Alone”, for example. Each of these three songs is fundamentally made up of the exact same elements – nuanced, technical drums, strobing, rapid-fire riffs, dreamy synth waves, and soaring, extravagant lead guitar work – but the mix and the ratios of these elements, how they’re combined and intertwined to form a myriad of different hooks and structures, is what serves to set them apart.

Even though each track is recognisably the product of the same musical mindset, there’s simply no danger of them blending together (though, I’ll admit, the gorgeous female clean vocals of Tori Letzler that permeate “The Void Alone” are something of a cheat in this regard).

Another major improvement – though perhaps it might be more accurate to call it a natural evolution – is that whereas the band’s use of synthy atmospherics and textured ambience occasionally served to obscure the sharpness and definition of the songs on The Flesh Prevails, this time around those elements not only work in closer harmony with the band’s scintillating riff work and soaring, quasi-cosmic melodies, but also possess their own specific voice and presence.

This is not only an improvement in terms of the ever-evolving balance of the many different aspects and elements of the band’s steadily expanding, already multifaceted sound, but one which also ensures that even these instances of relative calm or meditative introspection are still layered with subtle hooks and memorable moments which make them just as vital and vibrant a piece of the overall puzzle.

I don’t want anyone to come away from here feeling as though all I’ve done is criticise The Flesh Prevails in order to make Dreamless look better by comparison. That’s certainly not my intent. If anything, having re-listened to the band’s entire back-catalogue in preparation for this review, I can categorically state that each and every one of their previous releases is still more than strong enough to stand up under close scrutiny, despite whatever minor flaws or foibles they might possess.

The simple fact is, however. that Fallujah have always, practically from their inception, been undergoing a constant (and very public) process of evolution, and Dreamless may very well signify the band finally, and fully, coming into their own.

It’s not perfect by any means – it’s ever so slightly too long, in the grand scheme of things, meaning a couple of tracks in the second half do run together a little – but it’s about as natural and invigorating a progression and expansion of the band’s sound and vision as you could hope for, taking everything that made The Flesh Prevails such a fine listen and improving upon it, sometimes incrementally, sometimes meteorically, to create what could very well be a game-changing, life-altering release for these Tech-Death titans-in-waiting.

Dreamless is out now on Nuclear Blast and can be ordered here.