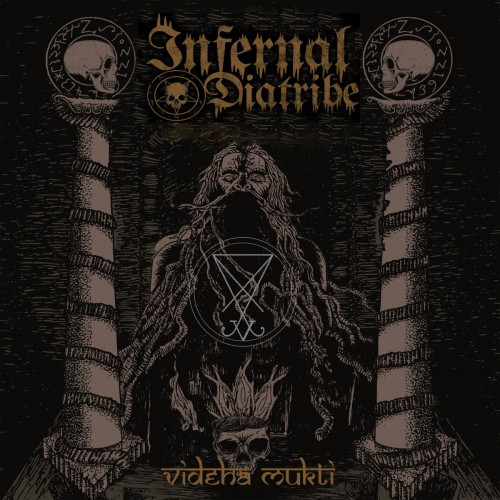 The realm of Indian metal is larger and more diverse than many outside the subcontinent may know. In particular, it seems that few black metal bands from India have crossed the radar screens of listeners beyond the country’s borders. Today we are helping one such band to spread their manifestations of the left hand path to a wider audience.

The band is Infernal Diatribe, and they are based in Kolkata, India (formerly Calcutta). Their new album, Videha Mukti, will be released by Transcending Obscurity Distribution on June 5, and we have for you a stream of the opening track, “Demonic Gasping Mortal Nightmare (Wisdom)“. 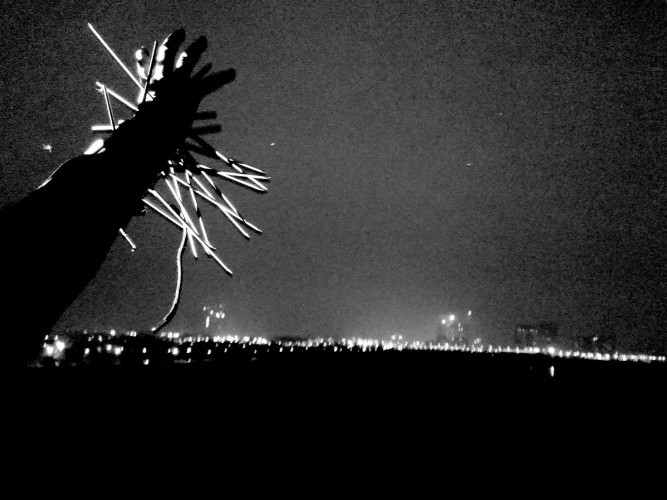 The song’s morbid writhings generate an aura of pestilential threat while simultaneously sinking its plague-bearing tendrils into your head, with a whirring tremolo melody and a viral bass line that prove seductive as well as grim. Just past the mid-point, the song changes, the militaristic drumming and threshing riffs subsiding to make way for a slow, sorrowful interlude — though the serrated vocals remain just as toxic and savage as before.

As the song’s intensity gradually surges again, the lead guitar spins a web of tears. To these ears, there is a river of grief flowing through this poisonous soundscape, though the vocalist’s vile final pronouncements are a reminder that the band’s mapping of a path to moksha — to liberation — is one that embraces the darkness of Kali.

To pre-order Videha Mukti (on CD with a 12-page booklet or as a digital download), use the first link below. Below, we’ve also embedded a second track from the album (“Morbid Evocation”) that was previously released.