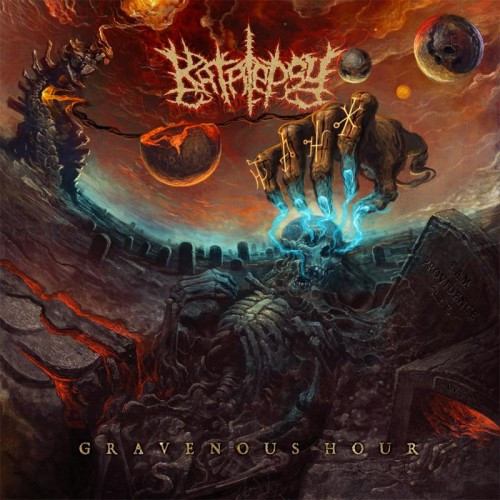 Modern Brutal Death Metal has long been the red-headed stepchild of the Extreme Metal scene, and one could easily argue it was for a good reason. The world never needed generic breakdowns and ridiculously misogynistic artwork and lyrics, or at least not this late in the game (Cannibal Corpse will always get a pass).

In recent times, however, and perhaps missed by all but the most ardent fans, leaps of progression have been rolling through the sub-genre. And while groups such as Wormed and Fallujah have certainly been spearheading the charge, even mid-listers such as Moscow’s Katalepsy have considerably upped the ante. While they may not blast off into space like their aforementioned compatriots, they certainly know how to construct a powerful Death Metal record. 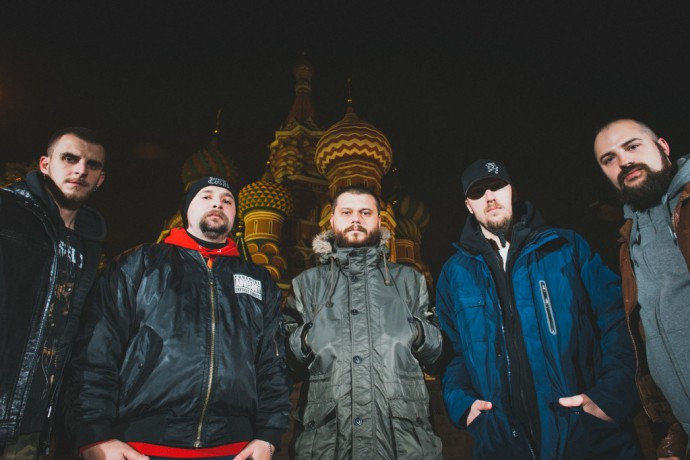 Katalepsy are set to release their second full-length Gravenous Hour with Unique Leader. The assault is as expected, a relentlessly punishing conglomeration of blast beats and grooves, low-pitched vocals, and blistering lead guitar work. But the quality is top-notch and is sure to catch the attention of those not normally tuned into this scene.

Now, first things first, attempts to criticize this type of stuff for not writing catchy songs have always come across as bit disingenuous and missing the point. Yeah, you’re totally right, this isn’t Thin Lizzy. What Katalepsy create instead is an experience, one in which the bludgeoning is meant to be listened to as a whole, or at least in large bloody chunks. At the same time, though, Katalespy succeed where others fail in the sense that they are always doing something interesting. Blast beats or breakdowns, these Russians display a constant sense of rhythmic agility. And just when the low-end is about to become overwhelming, they infuse just enough melodic guitar work to break things up. Even the vocal patterns come across as well thought-out and expertly executed.

As has become par for the course in the genre, Katalepsy exemplify top-notch musicianship, and one is left to wonder if all the shredding might be the source of the progression amongst these bands. One certainly doesn’t become a virtuoso in an echo chamber of a sub-niche of music. The album intro here hints at some Jazz-Fusion or Prog records floating around Katalepsy’s CD collection, and whether it’s the detailed guitar work or the nimble drumming, there is certainly a lot to take in.

If Gravenous Hour is any sign of what is going on in Modern Death Metal circles, there is certainly a reason to dive deeper into those turgid waters. While Old School Death and Swedish Death Metal continue to reign ascendant, this younger generation of bands is certainly vying for the opportunity to take their place in Extreme Metal’s pantheon.

Gravenous Hour will be released on May 27 through Unique Leader. It’s available for pre-order here.