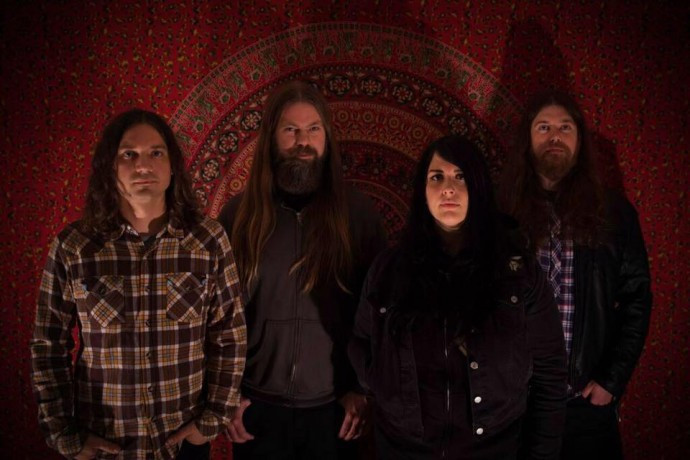 Nowadays there are a lot of doom bands with female vocals and lyrics about all the mystic stuff you ever could imagine. It is harder and harder to sort out anything in this scene besides the big names that are on everyone’s lips. But here we are! Here we are to help you, and that’s why I want you to pay attention to Holy Grove, a really strong doom-quartet from blessed Portland.

They’ve been in the game for nearly four years, but their first self-titled album was released just five weeks ago. Why so long? That’s the question for Trent Jacobs, Holy Grove’s guitarist.

Hello Trent! Heavy Psych Sound just released Holy Grove’s debut album; how is it to have your very first album on vinyl?

It’s great. We always intended for it to be released on vinyl, so all is good in the world!

Was it difficult to find the label to release it?

Not really. We sent the album to a handful of labels and Heavy Psych was excited to put it out. The fact that they could help with touring in Europe was a big factor. So far it’s been really great working with Gabriele (owner of Heavy Psych). 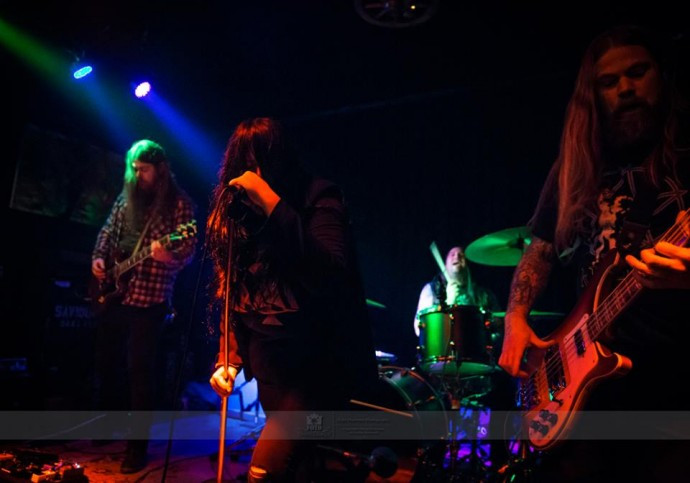 Holy Grove was born four years ago, so it took enough time to compose and record the album. But some of these tracks were already performed on your demo back in 2012. Why did you wait for so long to finish it?

The demo was only ever meant to be a way of getting something out there in the world that we could use to book shows, etc… we knew from the beginning that those songs would be tweaked and re-recorded for a proper album. We took our time, playing the songs live as much as possible for a little over a year and tweaking them here and there. Shortly after we began working on the album, two members of the band left, which slowed things down. Our second guitarist was accepted into med school, and our original drummer quit unexpectedly. We were self-financing the recording, and went from having five contributing members to three. So it took a little longer to scrape together the money to finish it than originally planned. But actually, it worked out better this way, because we had time to sit back and listen to the rough mixes and then go back in with a very clear idea of how we wanted to finish the record.

Who is the author of Holy Grove’s concept? Witchery doom metal with rocking vibe and female vocals… How did you calculate this formula?

As far as the themes in the music, that’s all Andrea. She writes the lyrics. Where the music is concerned, it is simply what we write when we all get together in a room. It is borne of the cumulative influences we each bring.

By the way, there are a lot of bands who use this formula today, so it’s good to have any feature to differ from others – flute for example, low-fi sound, or something like that. How do you see Holy Grove from this point of view?

Well, flute was already taken, and we did lo-fi on the demo, so I guess we need a new gimmick! Any suggestions? Haha!

Who’s the author of the lyrics? What is the message besides Holy Grove’s lyrics? Does it unite you all as the band with some general idea, or are the text problems just for Andrea?

Andrea writes all of the lyrics, so that’s her domain. I suppose if you look at any of our bookshelves, record collections, movie collections, you’ll find a good amount of sci-fi, fantasy, occult, and psychedelia. In that sense you might say we are unified in our interests, though they range beyond those in many directions.

Andrea has a strong voice, how did you lure her into the band? Or rather how did you discover her abilities? Did she sing somewhere before Holy Grove?

There was no notion, when the band first began, as to who the singer might be; Male/ Female, whatever. We put an ad out looking for a vocalist and she was one of the first to respond.   She had never been in a band before. We had no idea what to expect. When she arrived and the band launched into that first song with her, it was instantly obvious that she was right for the job. 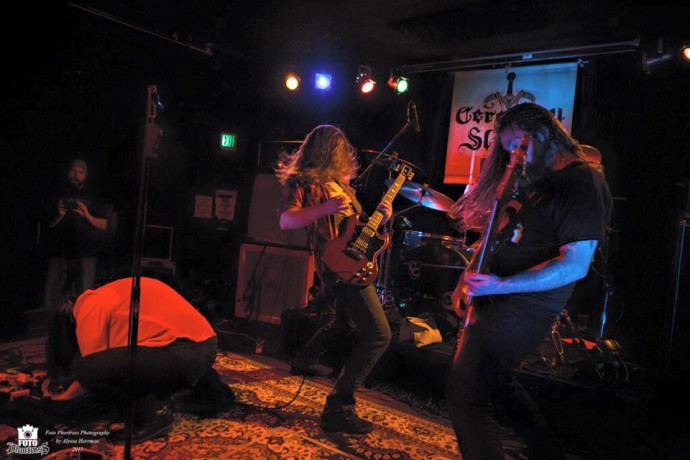 The album was recorded and mixed by Billy Anderson, and it seems that he puts his hands on nearly every quality doom metal record in the States. How did you work with him in the studio?

Billy moved to Portland shortly after the band was formed and Andrea met him at one of our early shows with Witch Mountain. Sort of on a lark, she messaged him asking if he’d be interested in doing the record with us. To our surprise, he said yes. To say we were excited would be an understatement for sure. The man has recorded some our favorite bands and albums of all time. Working with him was incredible and he definitely deserves the legendary status often attributed to him.

Portland is known for a lot of cool bands, and Witch Mountain is amongst them. How do you share the city with them? Did you ever play together?

They’re our friends and we’ve played with them a handful of times here locally. They’ve been incredibly supportive of us since the beginning and that has meant a lot. Great band, great people.

Portland looks like one of the coolest places in the USA. How is it to live there? How does this region influence you?

A lot folks will mention the weather here, and it’s true, it does rain a lot, so that might be a subconscious influence, but I think the larger influencing factor is probably that, for whatever reason, there are a lot of heavy bands here. Really GOOD heavy bands. So if you want to stand out in such a crowded place, you really have to up your game. It becomes sort of a feedback loop where everyone is spurring each other onward and upward.

You will have a tour this autumn with Gozu through Europe. How many dates are already scheduled? And why don’t you tour with Black Rainbows? I know that their frontman Gabriele Fiori is the founder of Heavy Psych Sounds label.

Yes! We are really stoked to get over to Europe. I believe it is 17 dates. We have not yet met Gozu in person, but we have exchanged messages and are excited to tour with them. As far as touring with them vs Black Rainbows, I don’t know, but would imagine it probably just had to do with timing.

What does Holy Grove mean for you? What do you put in these two words?

Holy Grove is the name of a cemetery here locally, it seemed to fit our aesthetic, and honestly was just a name that everyone could agree on. If you find something everyone can live with, you go with it, haha. Personally, I’ve always believed a band makes a name, not the other way around.